This concept of "national defense" cannot be deemed an end in itself, justifying any exercise of legislative power designed to promote such a goal. Implicit in the term "national defense" is the notion of defending those values and ideals which set this Nation apart. For almost two centuries, our country has taken singular pride in the democratic ideals enshrined in its Constitution, and the most cherished of those ideals have found expression in the First Amendment. It would indeed be ironic if, in the name of national defense, we would sanction the subversion of one of those liberties — the freedom of association — which make the defense of our nation worthwhile. 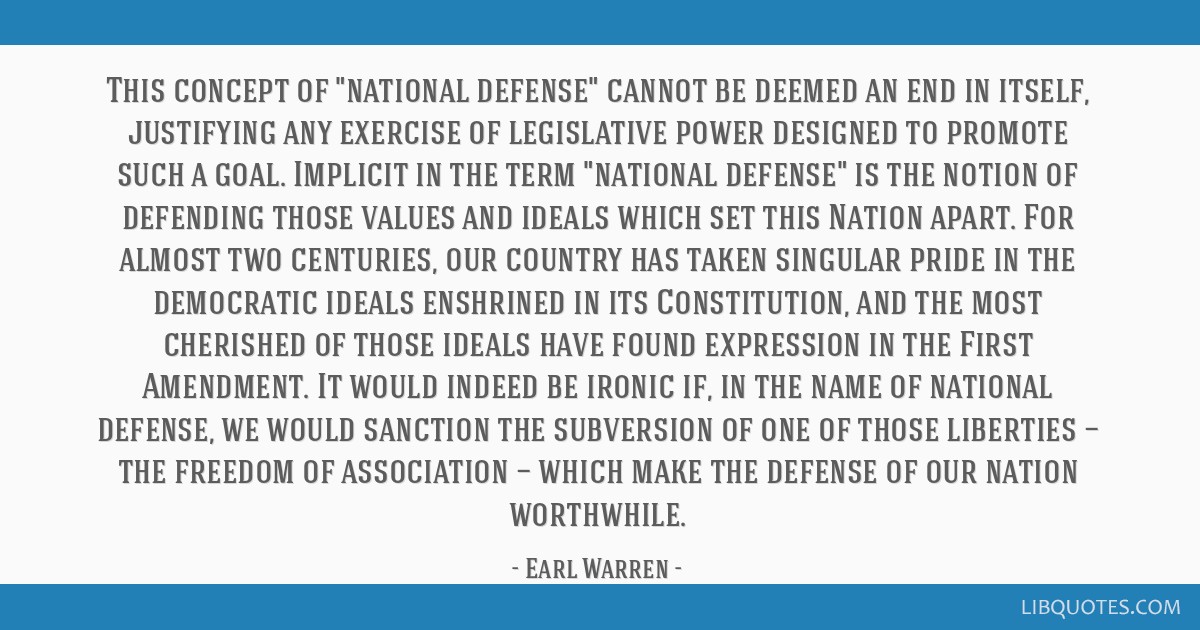 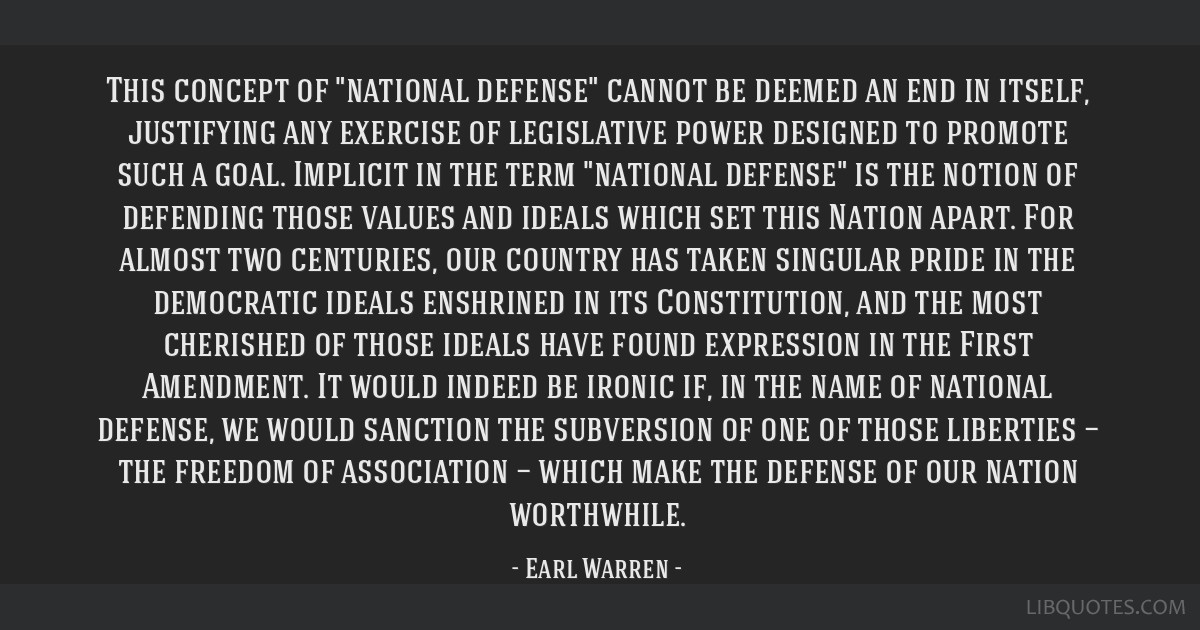 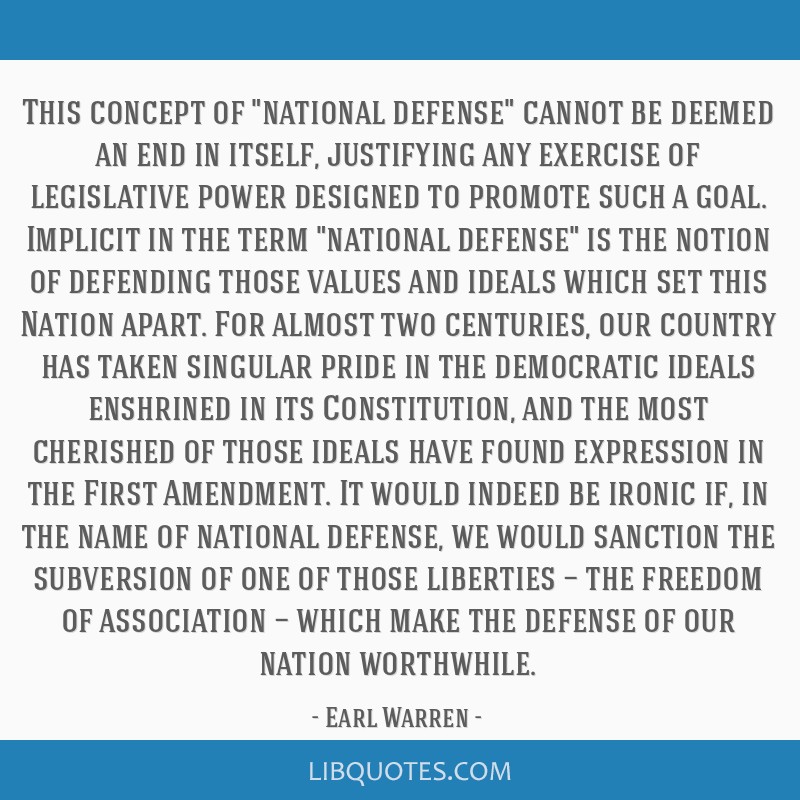 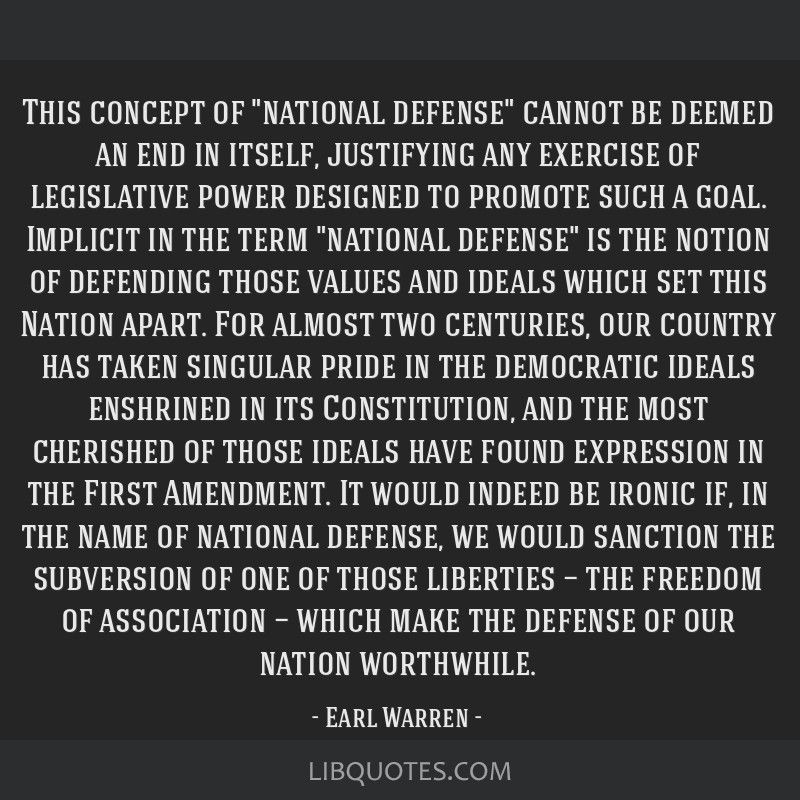 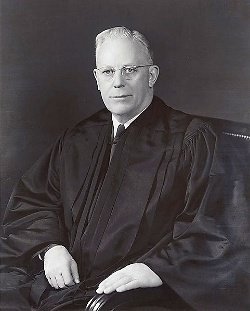