As all our knowledge of the material world is derived from the information of our senses, natural philosophers have, in modern times, wisely abandoned to metaphysicians, all speculations concerning the nature of that substance of which it is composed; concerning the possibility or impossibility of its being created; concerning the efficient causes of the changes which take place in it; and even concerning the reality of its existence, independent of that of percipient beings: and have confined themselves to the humbler province of observing the phenomena it exhibits, and of ascertaining their general laws. 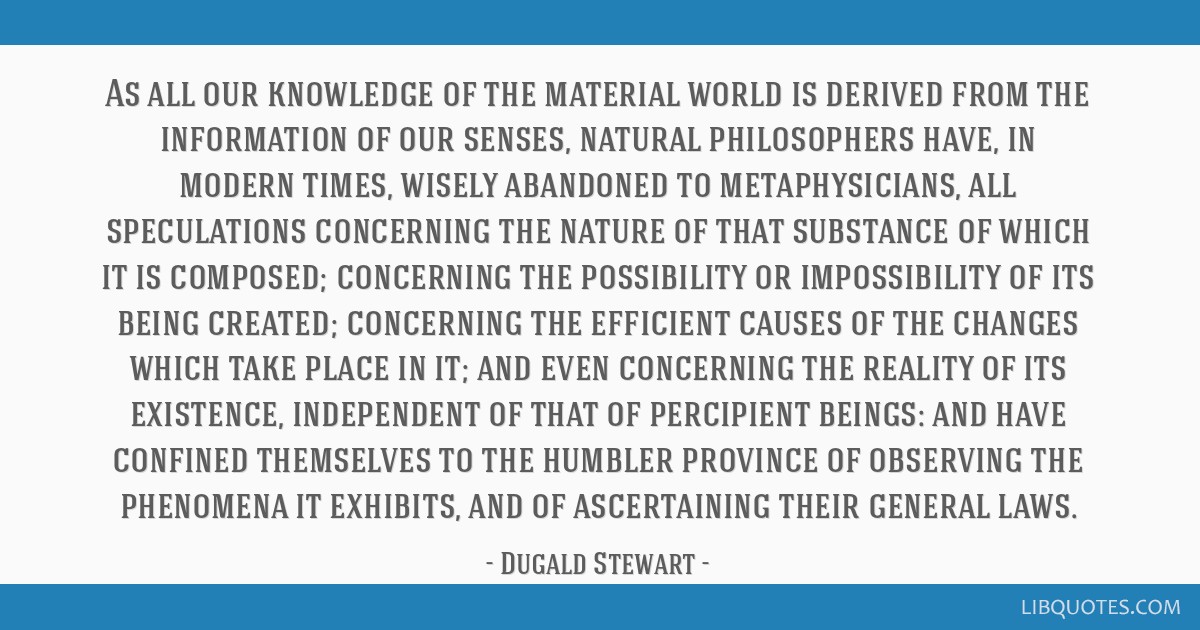 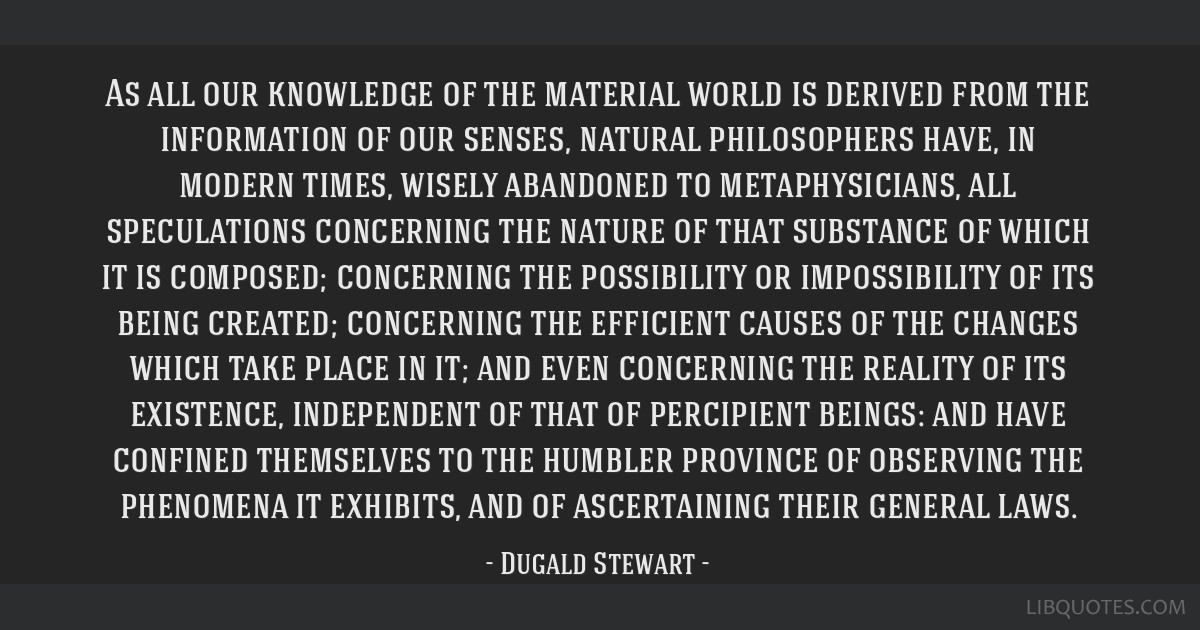 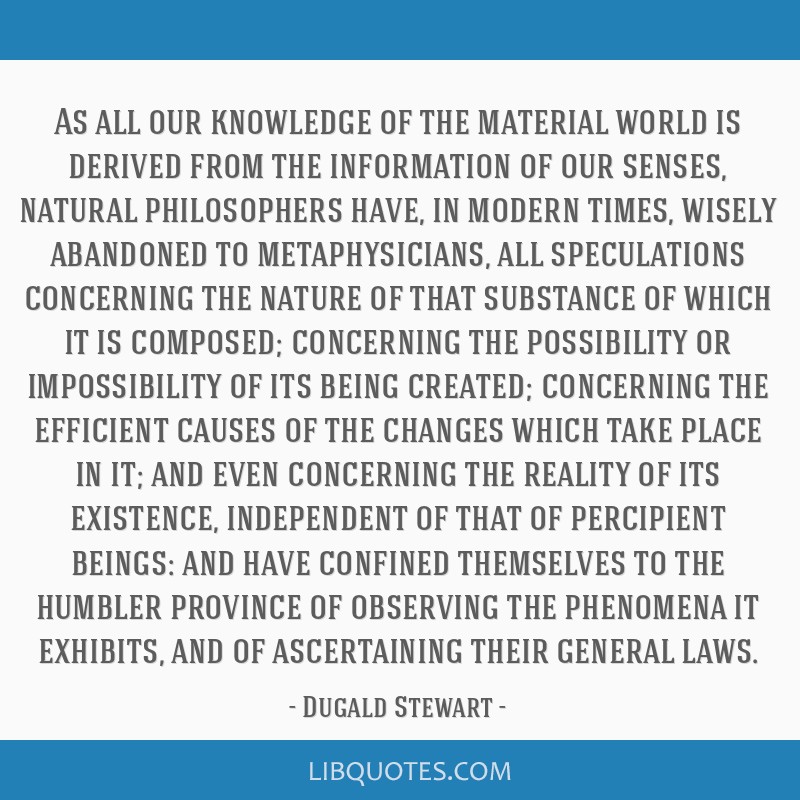 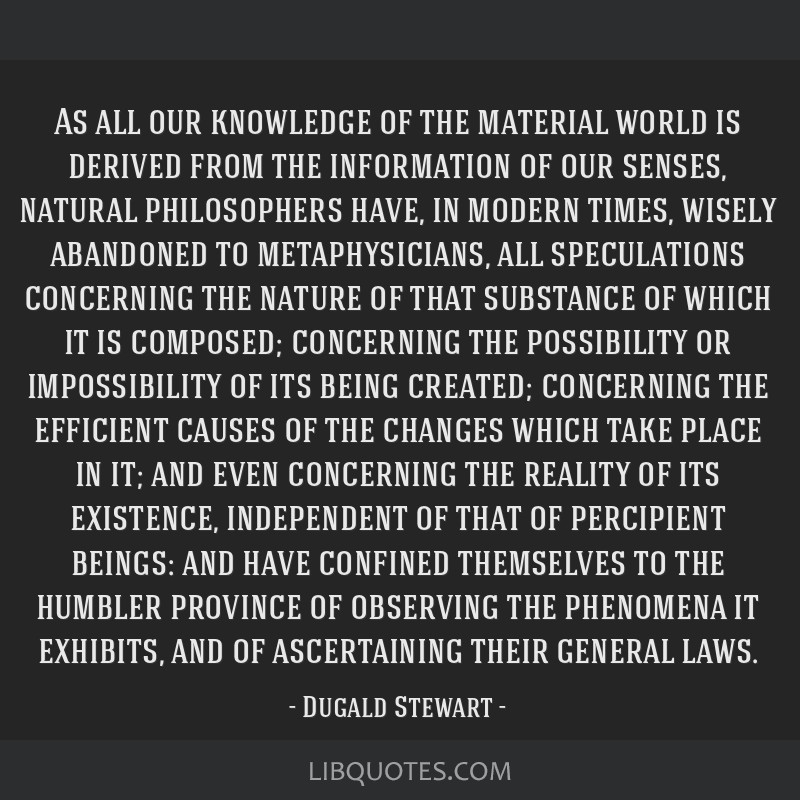 The quietness of his tone italicized the malice of his reply.
Truman Capote