The World Trade center was an example of what was wrong with American architecture, and it stayed that way for twenty-five years until that Friday afternoon in February when the bomb went off and the buildings became a great symbol of America, like the Statue of Liberty at the end of Hitchcock's Saboteur. My whole attitude toward the World Trade Center changed overnight. 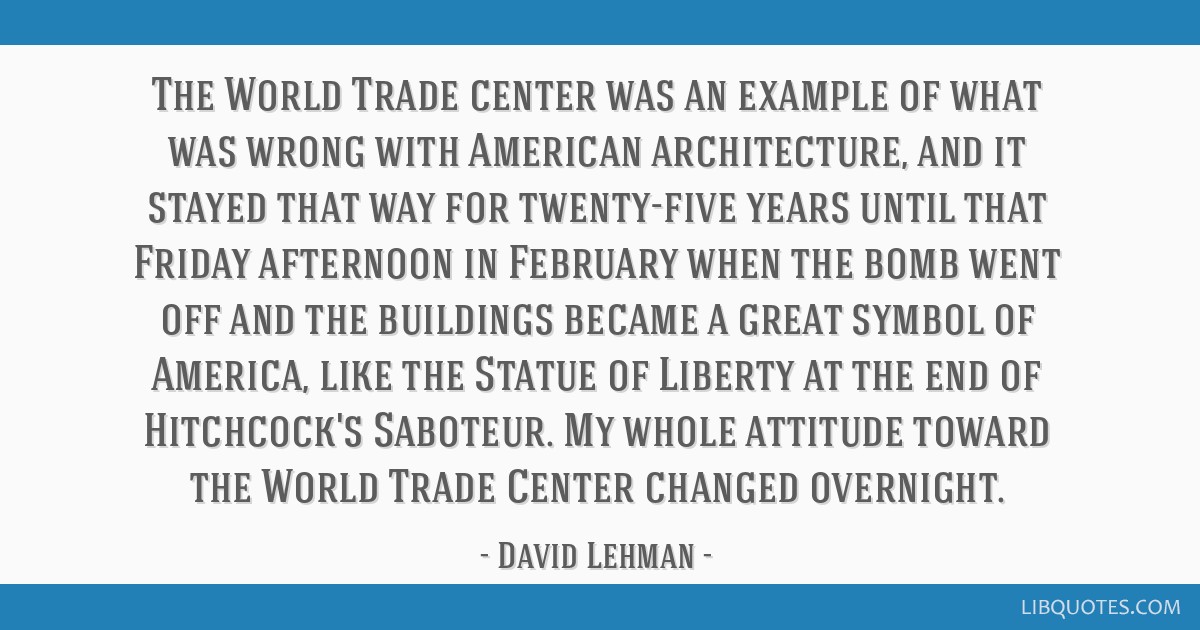 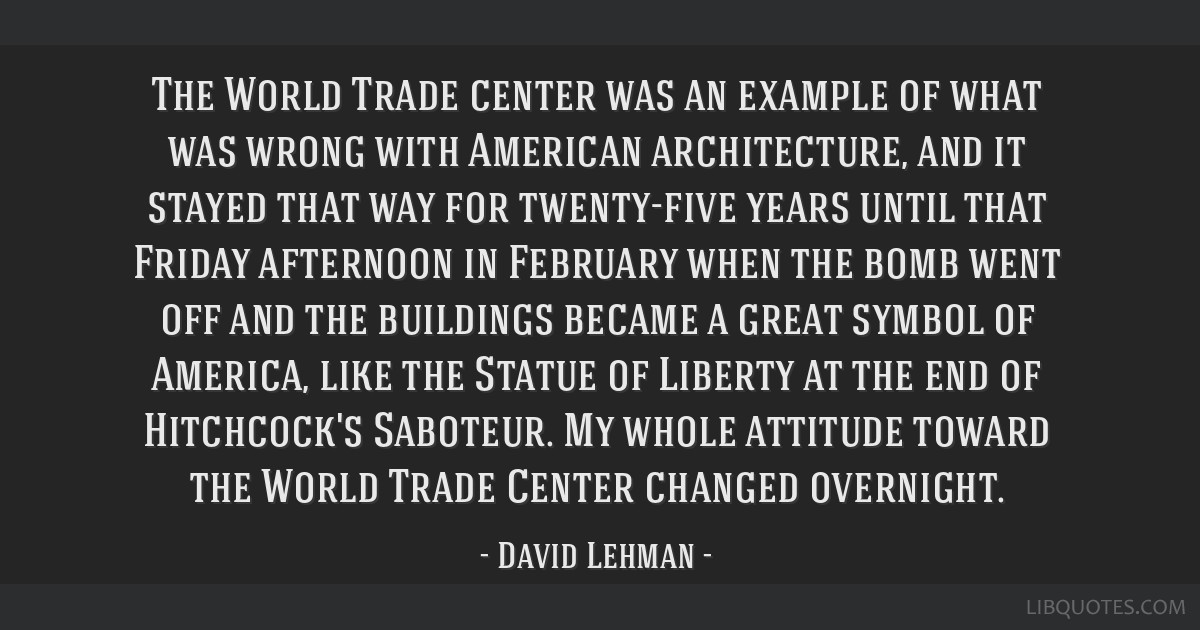 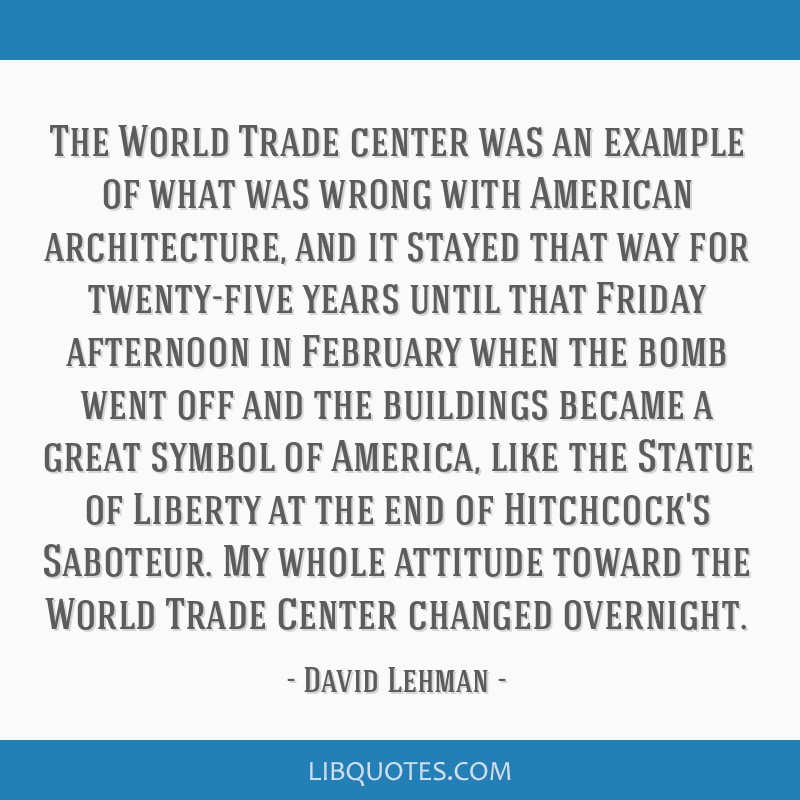 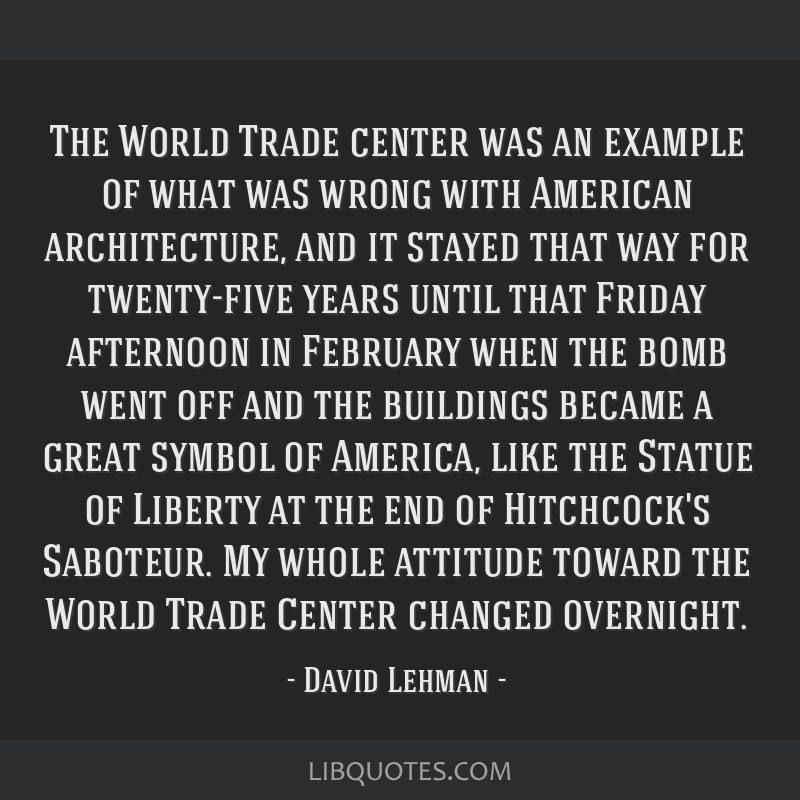