You need only look around you, replied PHILO, to satisfy yourself with regard to this question. A tree bestows order and organisation on that tree which springs from it, without knowing the order; an animal in the same manner on its offspring; a bird on its nest; and instances of this kind are even more frequent in the world than those of order, which arise from reason and contrivance. To say, that all this order in animals and vegetables proceeds ultimately from design, is begging the question; nor can that great point be ascertained otherwise than by proving, a priori, both that order is, from its nature, inseparably attached to thought; and that it can never of itself, or from original unknown principles, belong to matter. 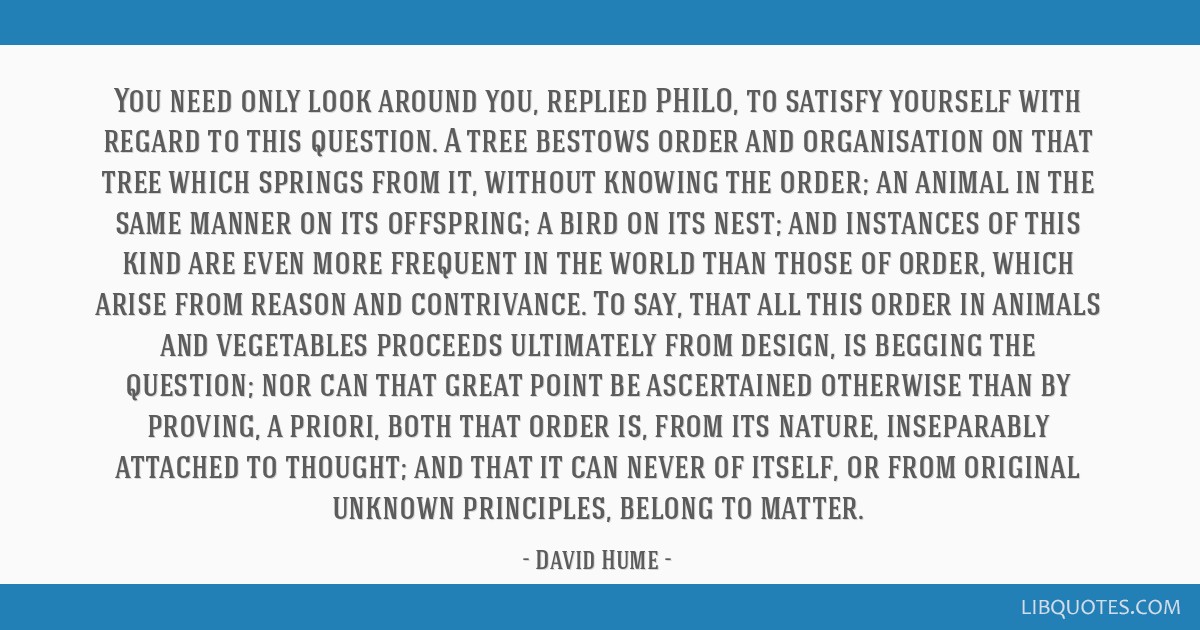 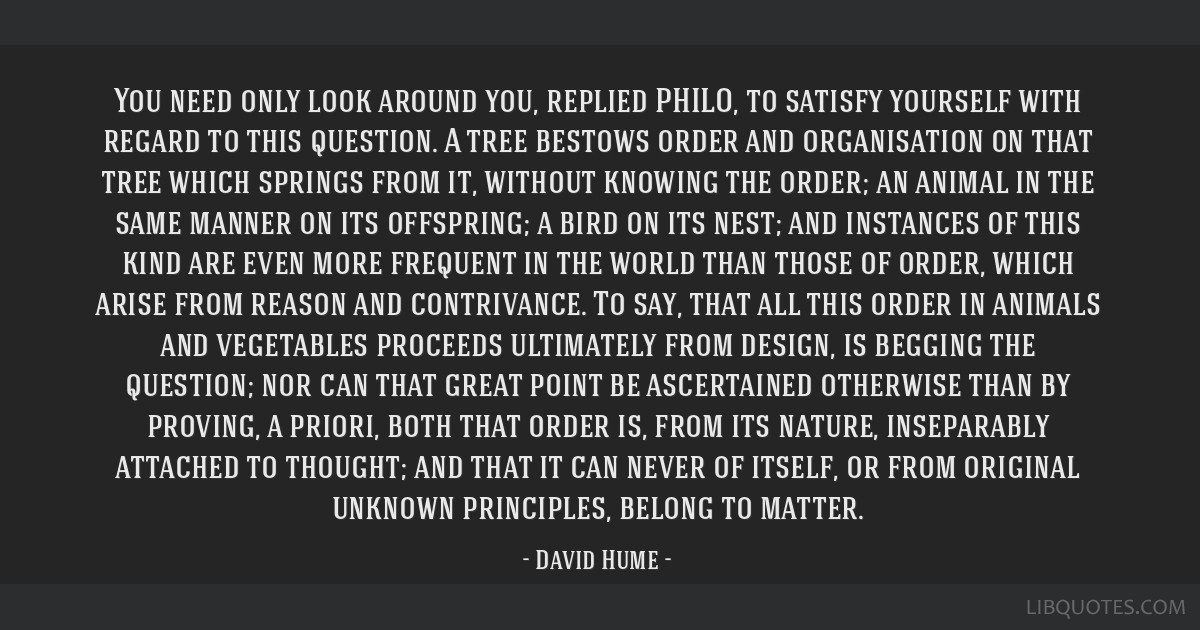 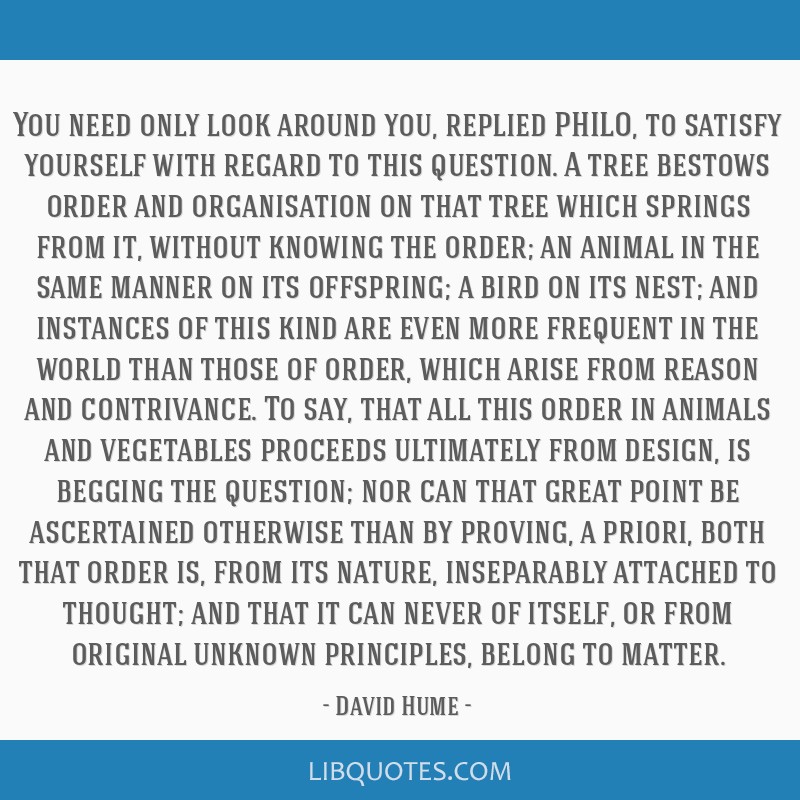 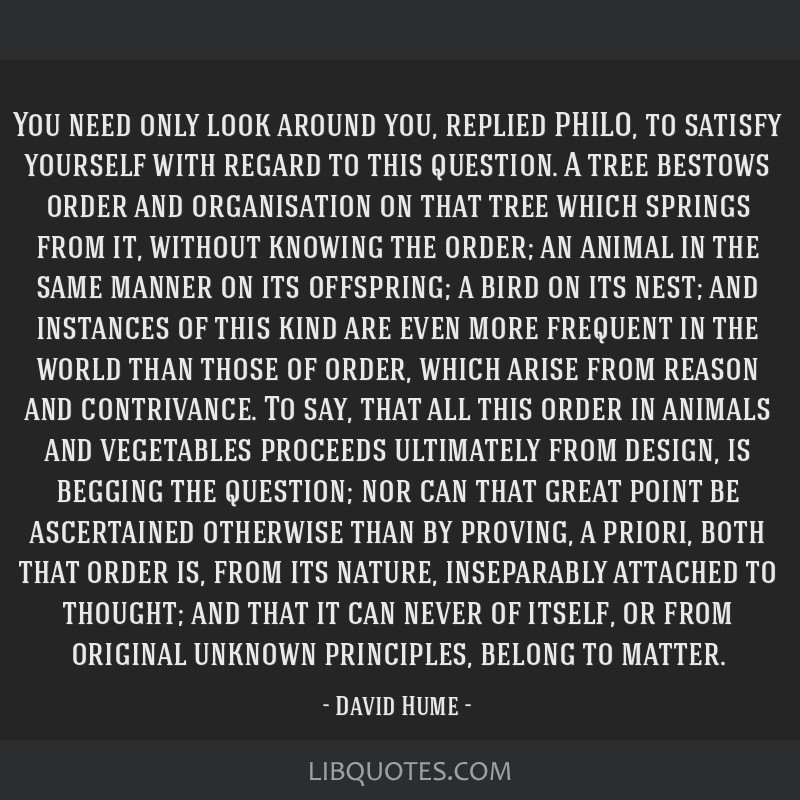 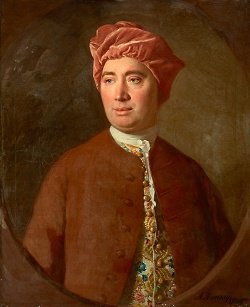