Millions of people have wrecked their lives in angry turmoil, because they refused to accept the worst; refused to try to improve upon it; refused to salvage what they could from the wreck. Instead of trying to reconstruct their fortunes, they engaged in a bitter and "violent contest with experience"- and ended up victims of that brooding fixation known as melancholia. 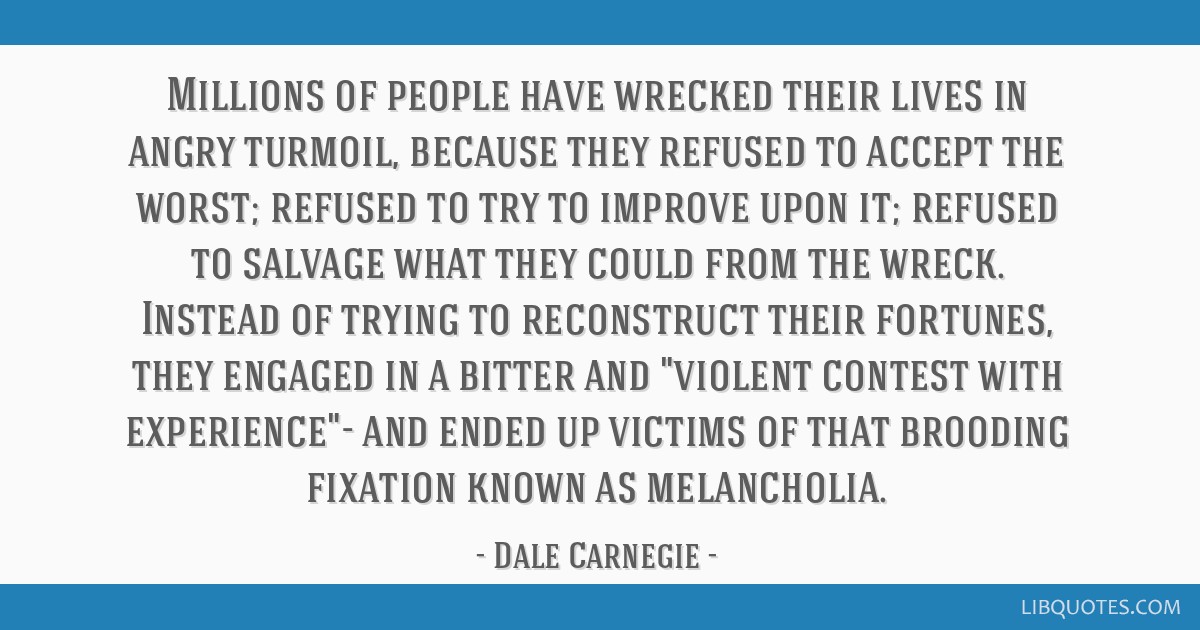 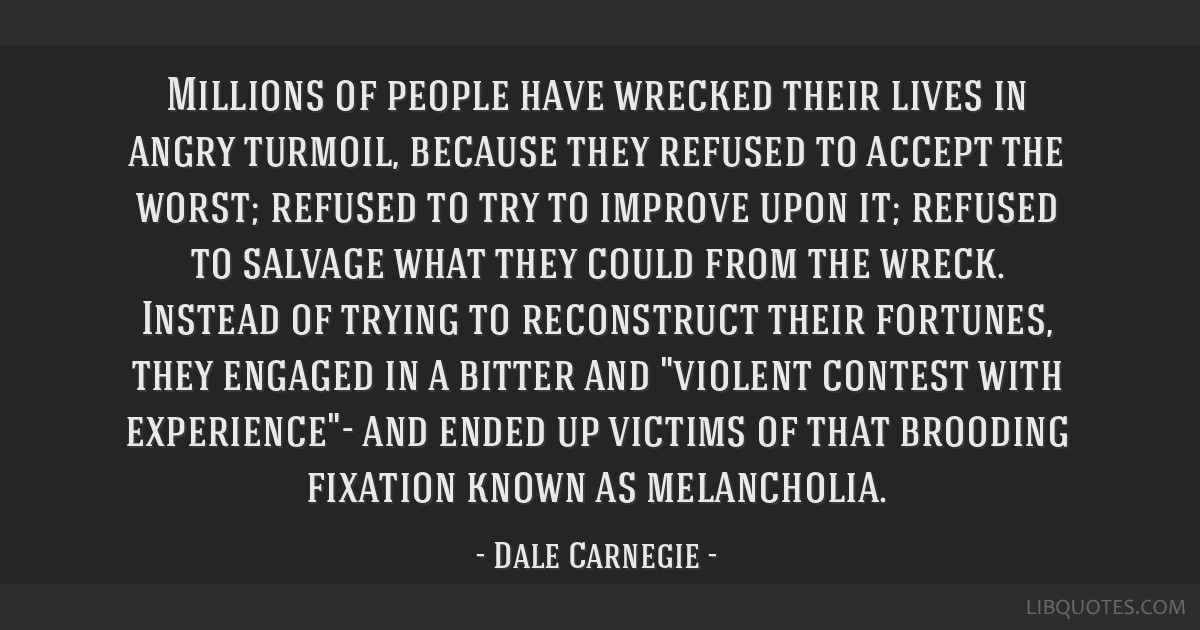 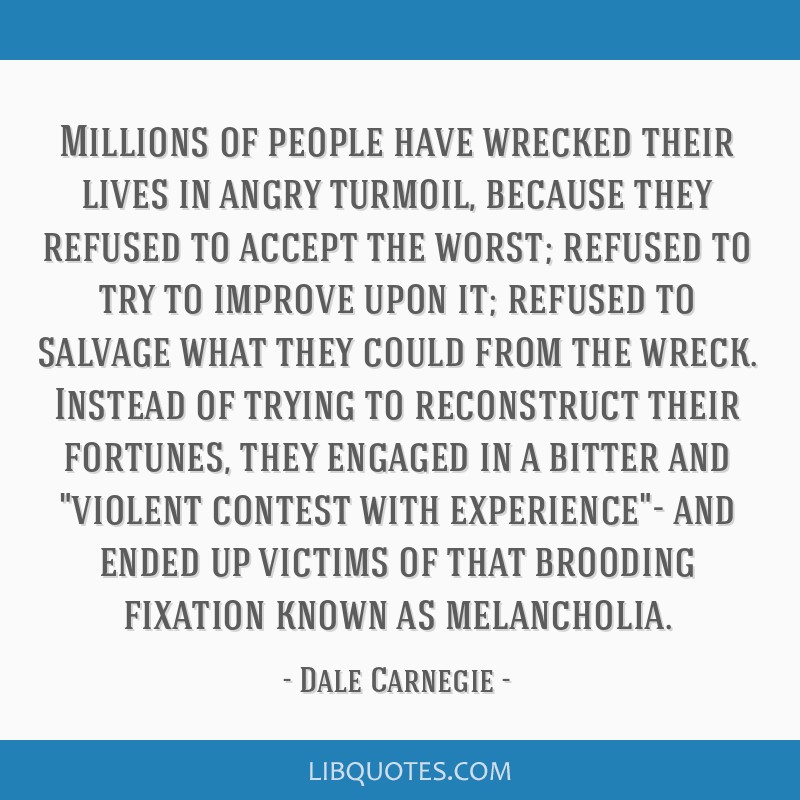 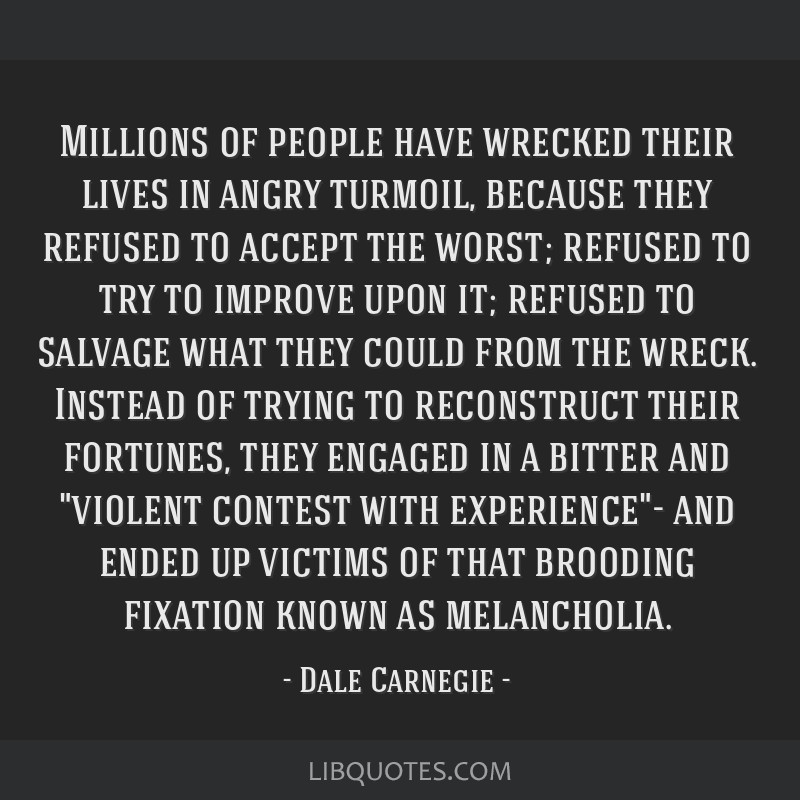