Benjamin Franklin, tactless in his youth, became so diplomatic, so adroit at handling people that he was made American Ambassador to France. The secret of his success? "I will speak ill of no man," he said, "... and speak all the good I know of everybody." Any fool can criticize, condemn and complain - and most fools do. But it takes character and self-control to be understanding and forgiving. "A great man shows his greatness," says Carlyle, "by the way he treats little men." 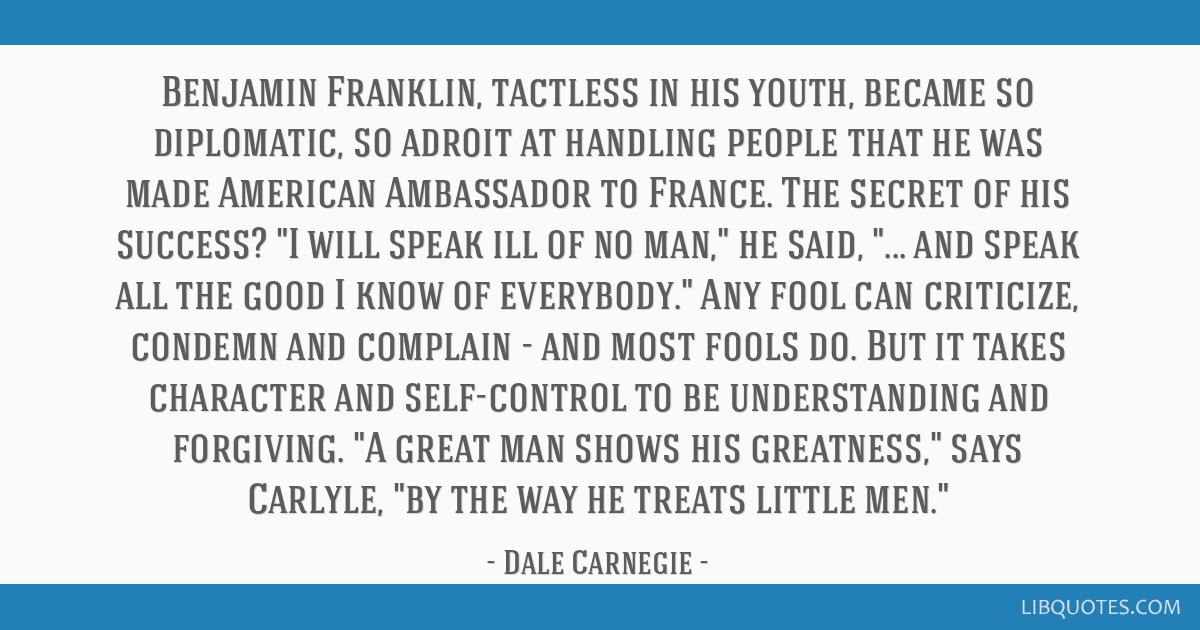 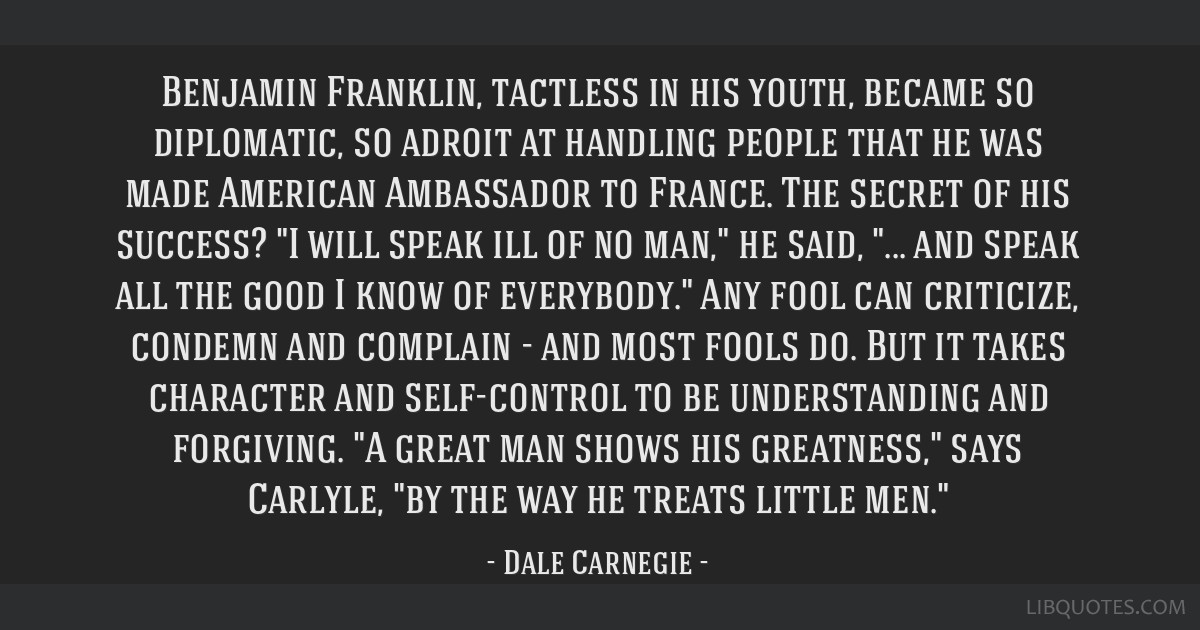 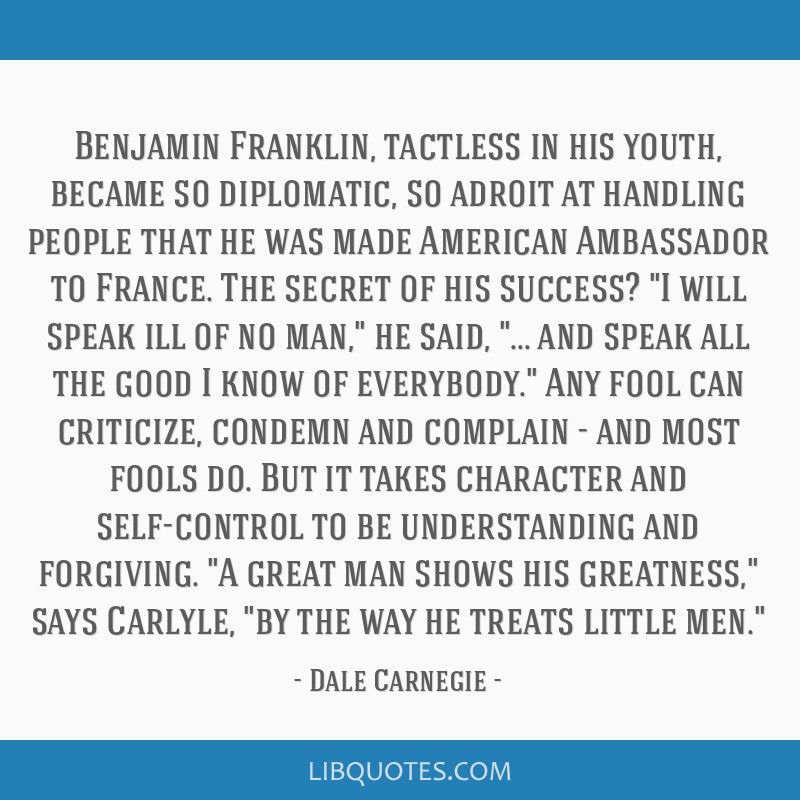 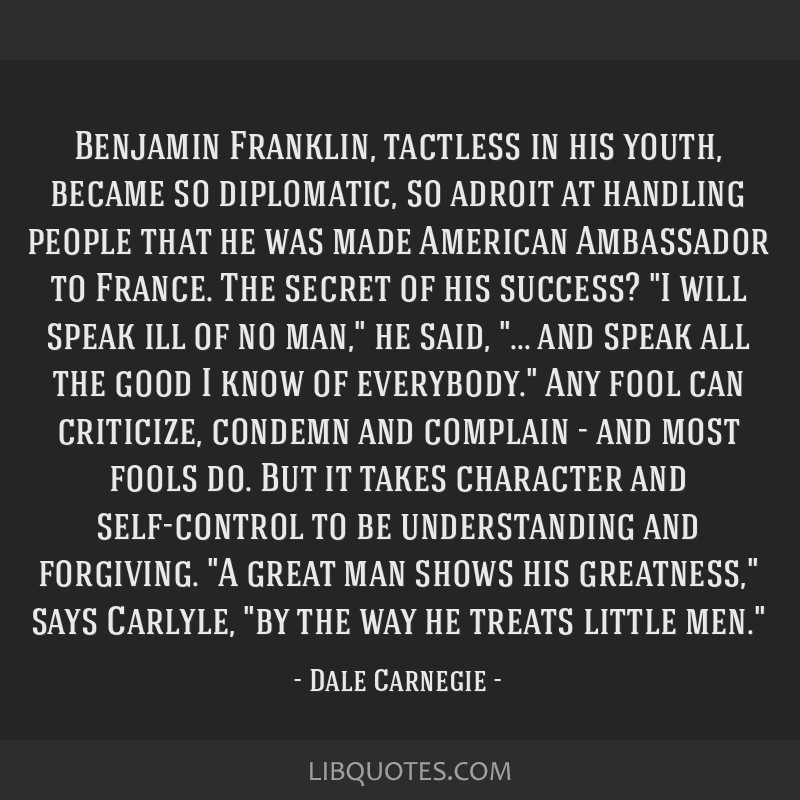