There are no innocent civilians. It is their government and you are fighting a people, you are not trying to fight an armed force anymore. So it doesn't bother me so much to be killing the so-called innocent bystanders. 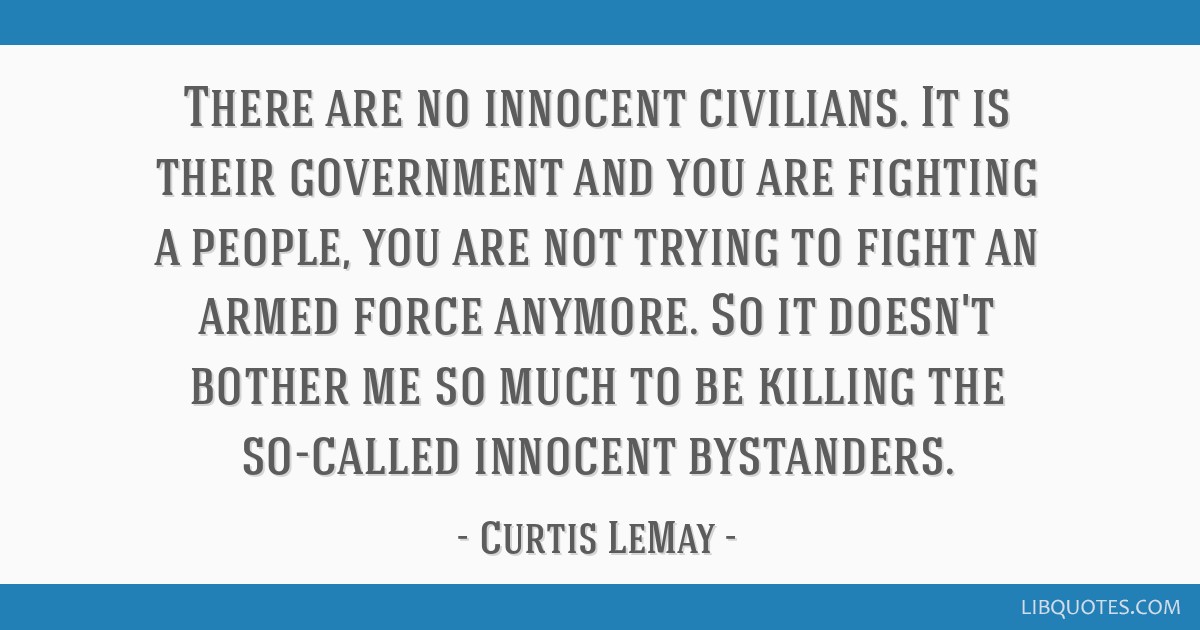 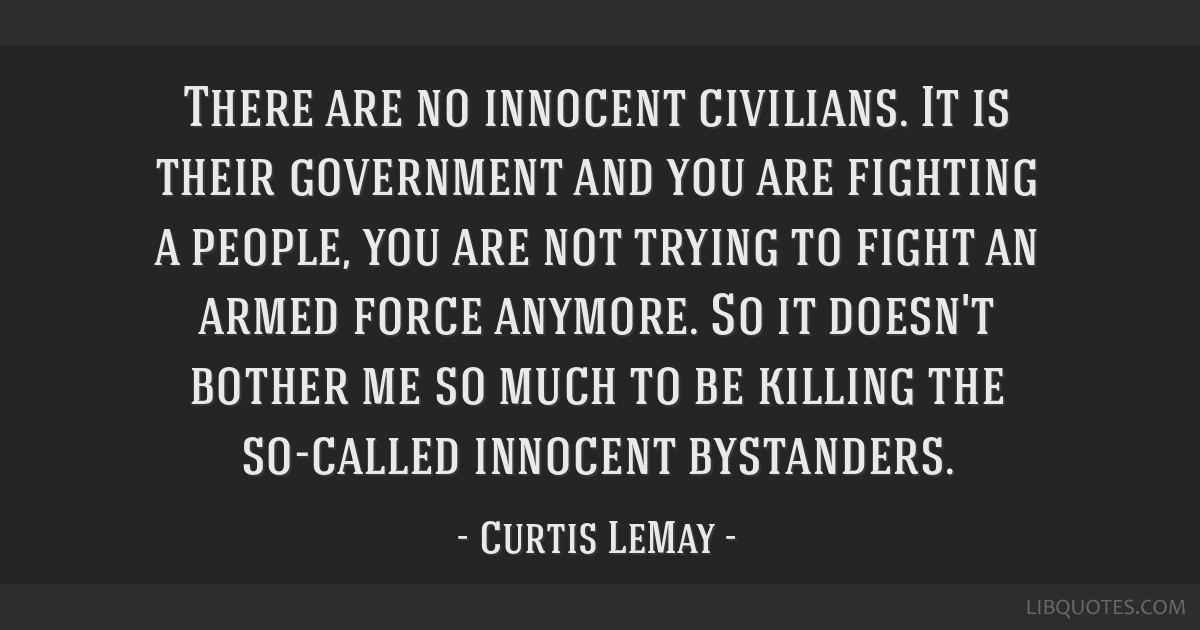 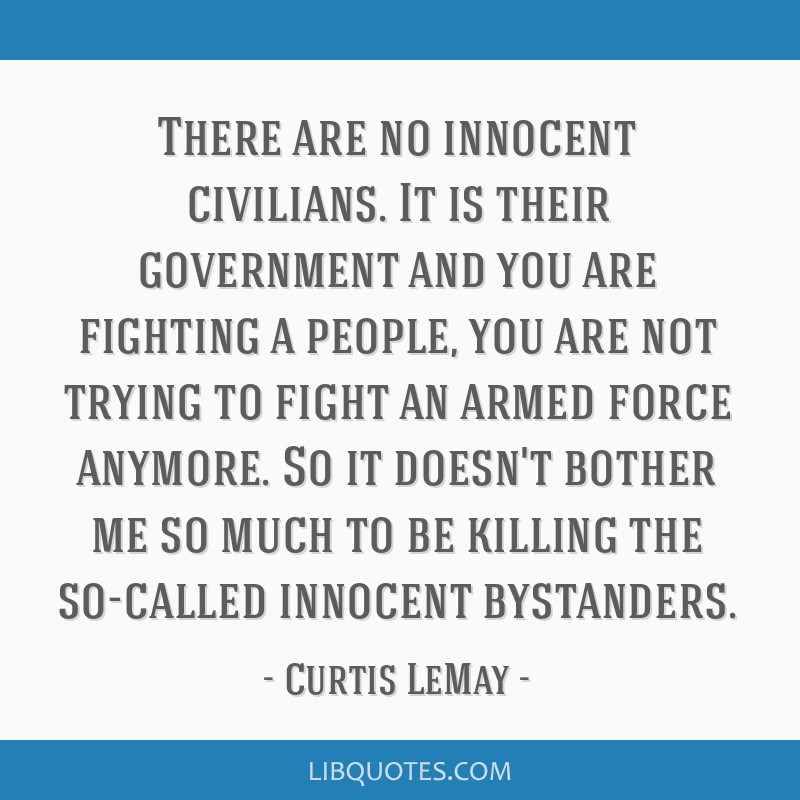 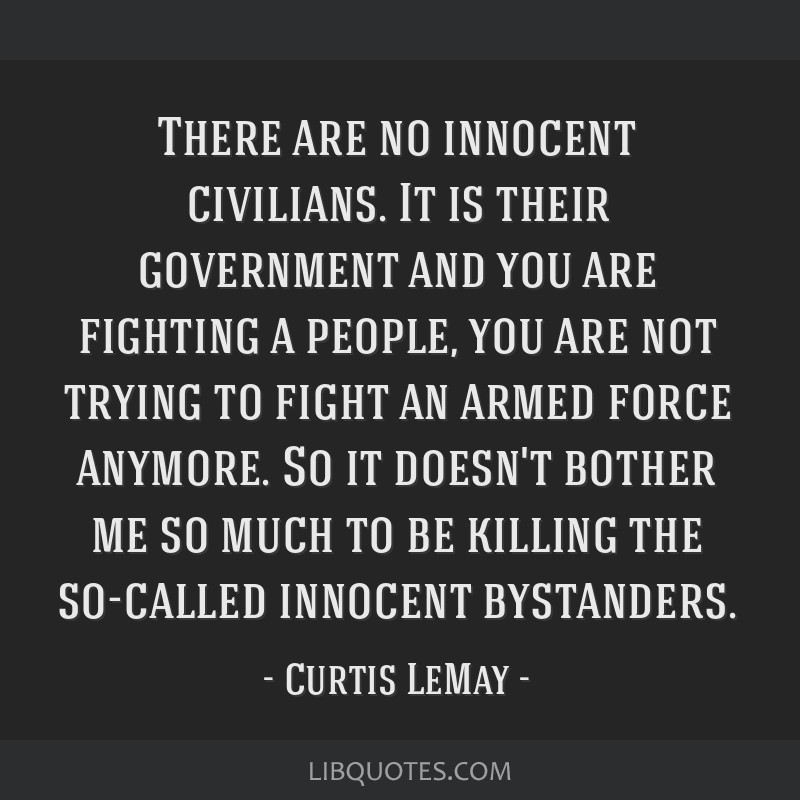 The fear of burglars is not only the fear of being robbed, but also the fear of a sudden and unexpected clutch out of the darkness.
Elias Canetti 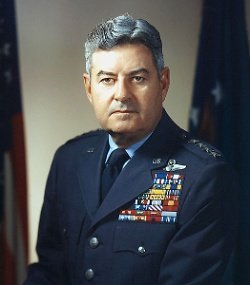