Mass struggle was utilized throughout the war by the Vietnamese communist party. It was used, first of all, because guerrilla warfare is one expression of the mass struggle. One cannot conceive of guerrilla war when it is isolated from the people. The guerrilla group is the numerically inferior vanguard of the great majority of the people, who have no weapons but express themselves through the vanguard. 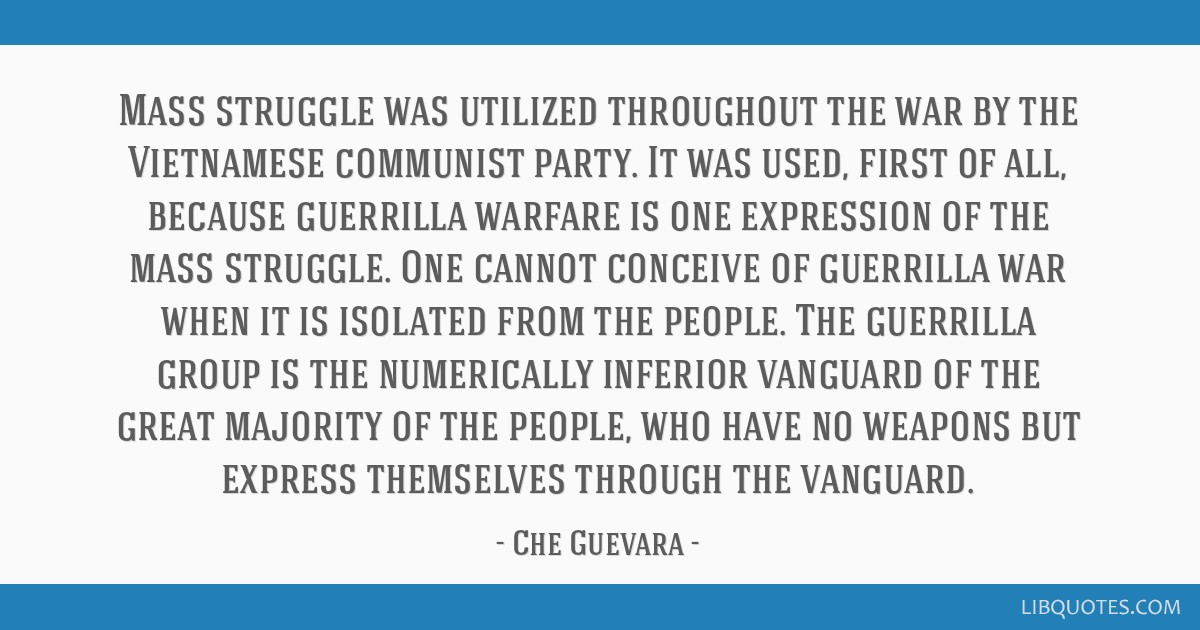 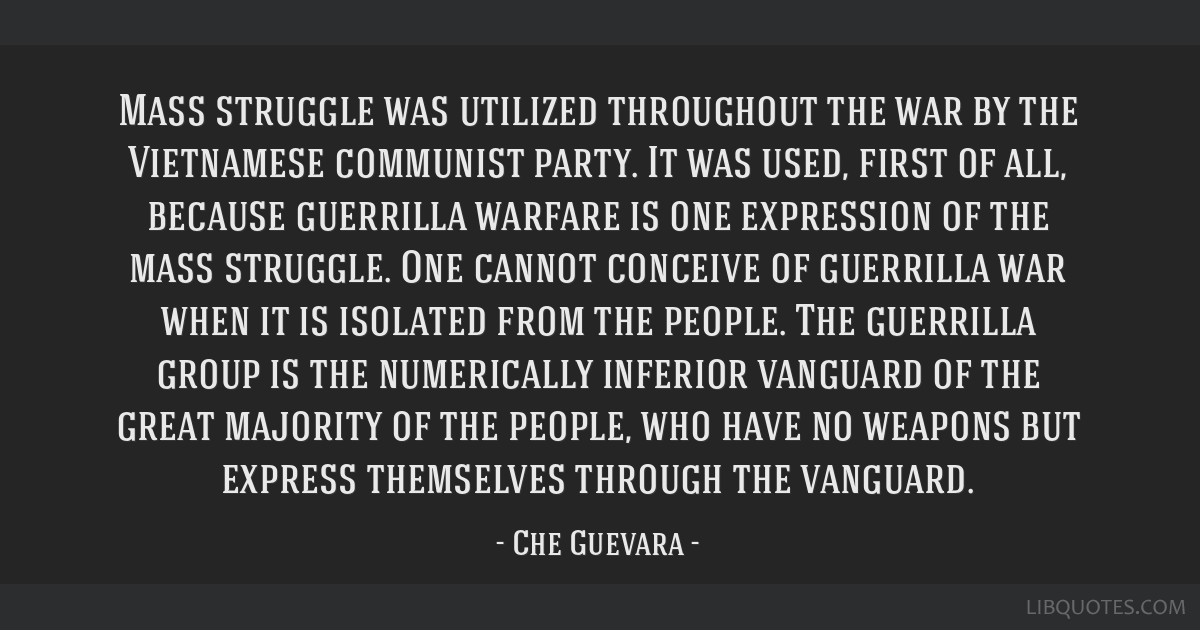 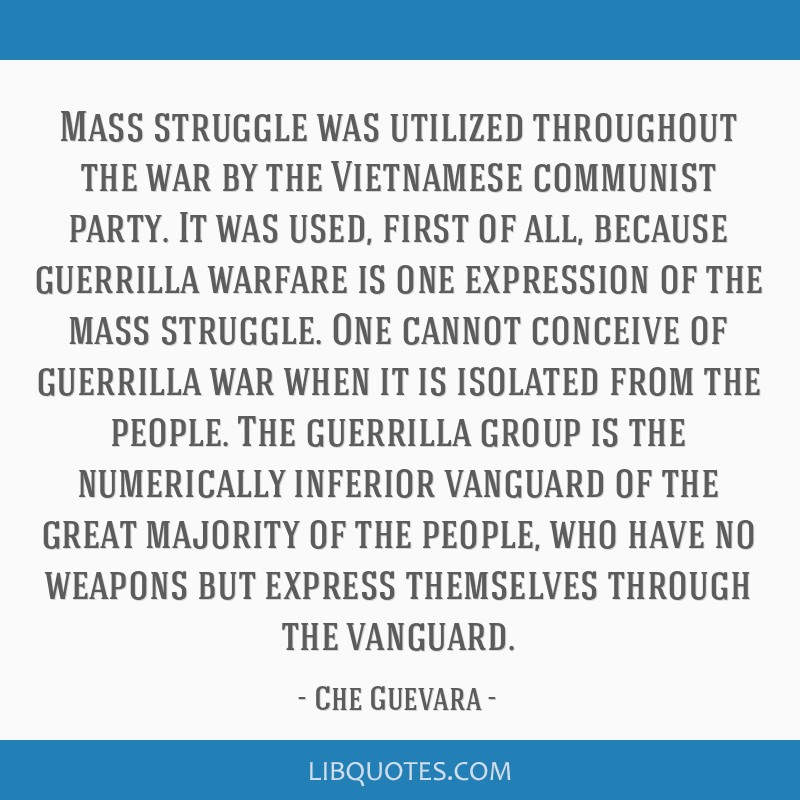 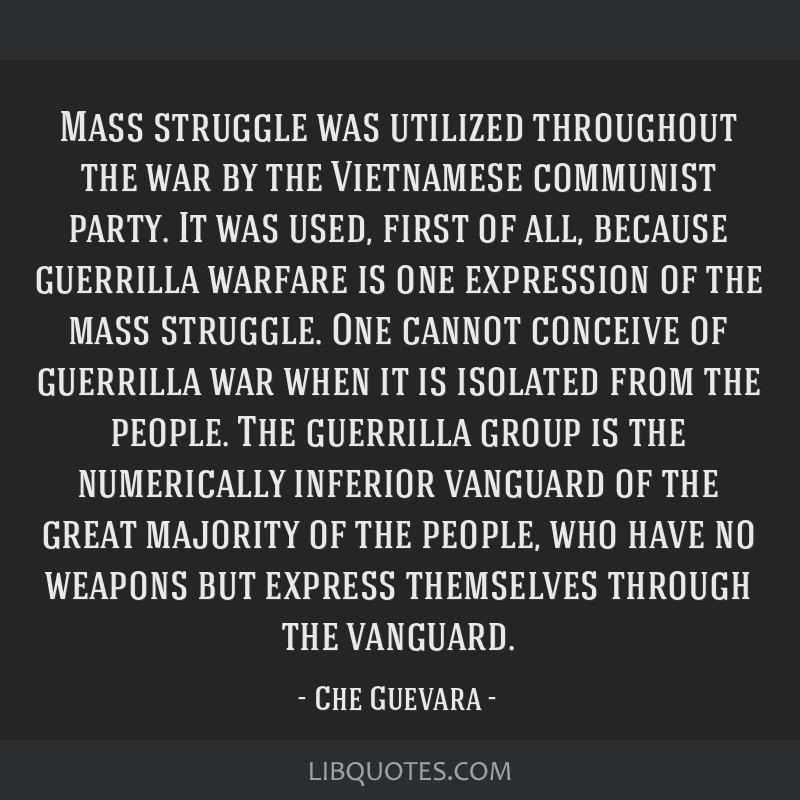