North American banks and capitalists soon controlled the commercial exploitation of sugar and, furthermore, a good share of the industrial output of the land. In this way, a monopolistic control was established by U.S. interests in all aspects of a sugar production, which soon became the predominant factor in our foreign trade due to the rapidly developing monoproductive characteristics of the country. 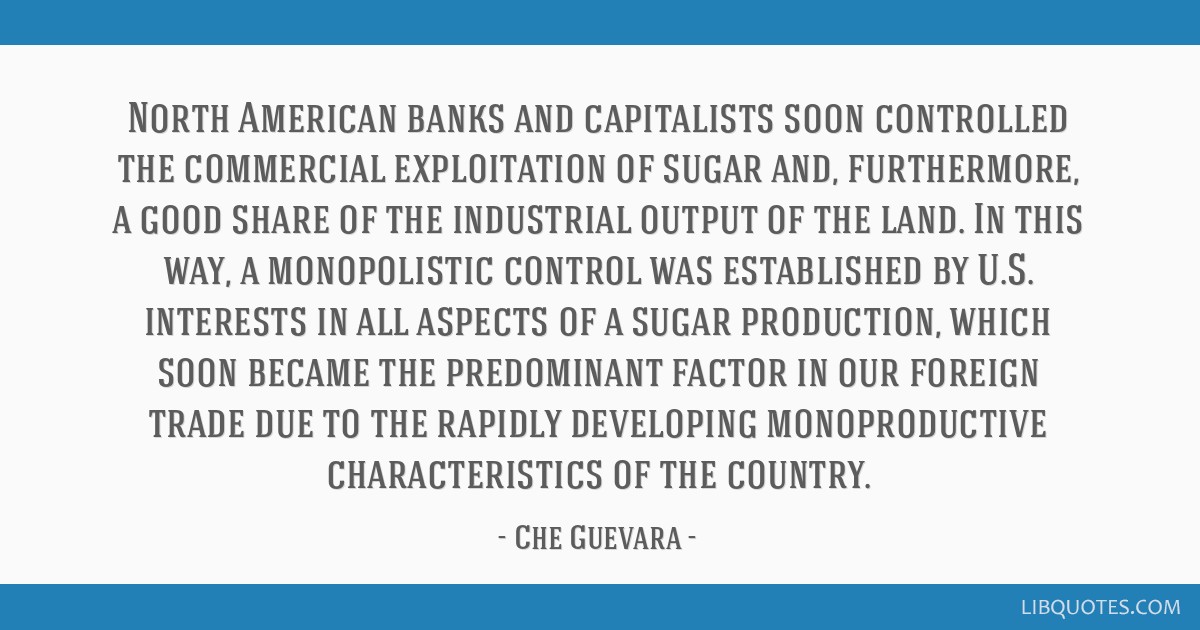 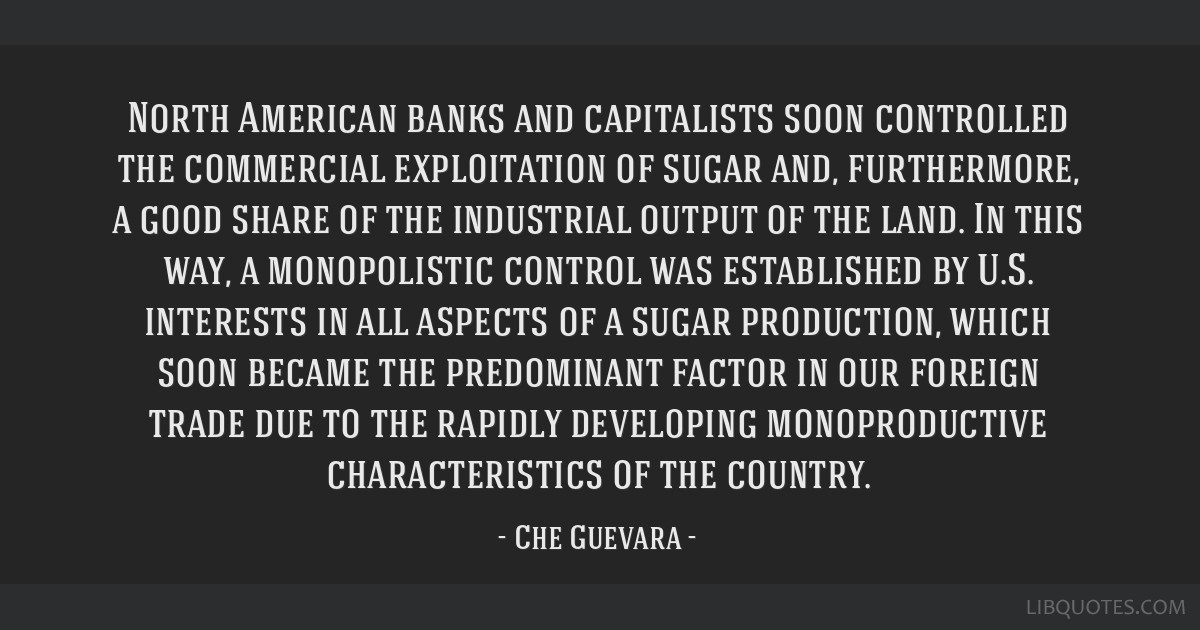 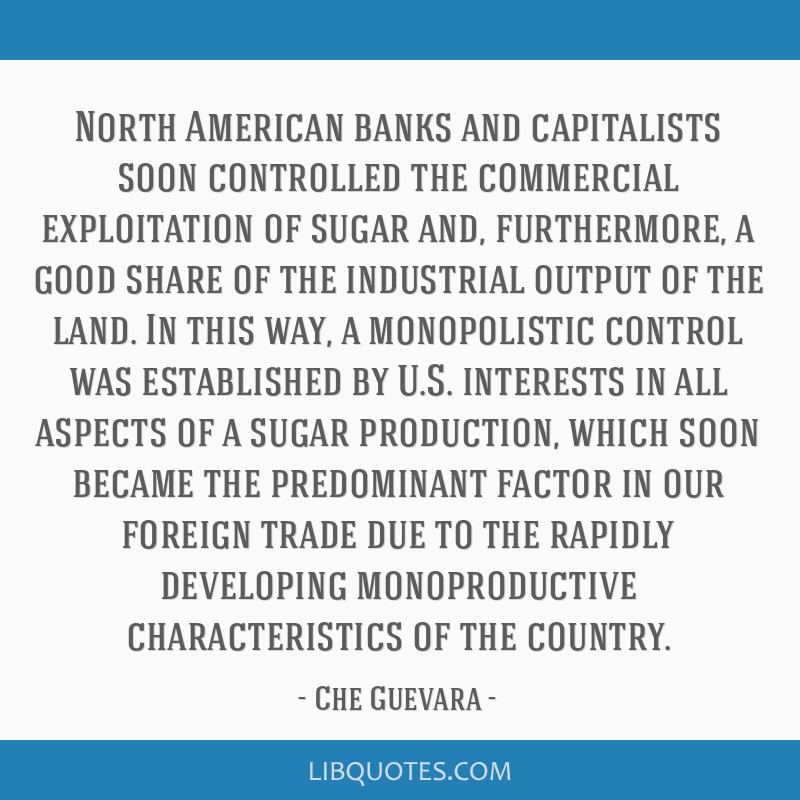 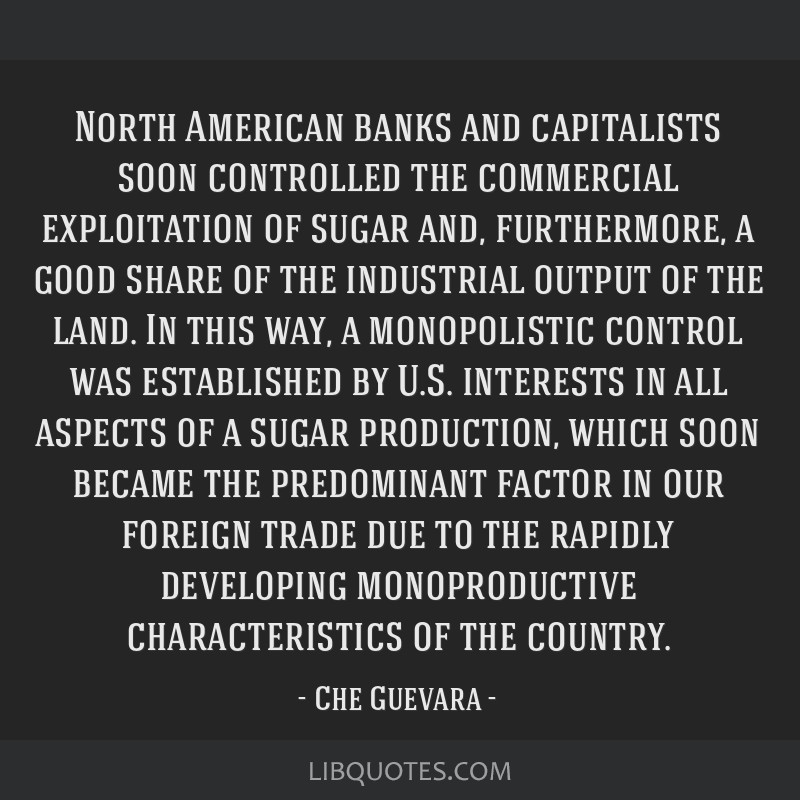