We, politely referred to as "underdeveloped," in truth are colonial, semi-colonial or dependent countries. We are countries whose economies have been distorted by imperialism, which has abnormally developed those branches of industry or agriculture needed to complement its complex economy. Underdevelopment, or distorted development, brings a dangerous specialization in raw materials, inherent in which is the threat of hunger for all our peoples. We, the underdeveloped, are also those with the single crop, the single product, the single market. A single product whose uncertain sale depends on a single market imposing and fixing conditions. That is the great formula for imperialist economic domination. 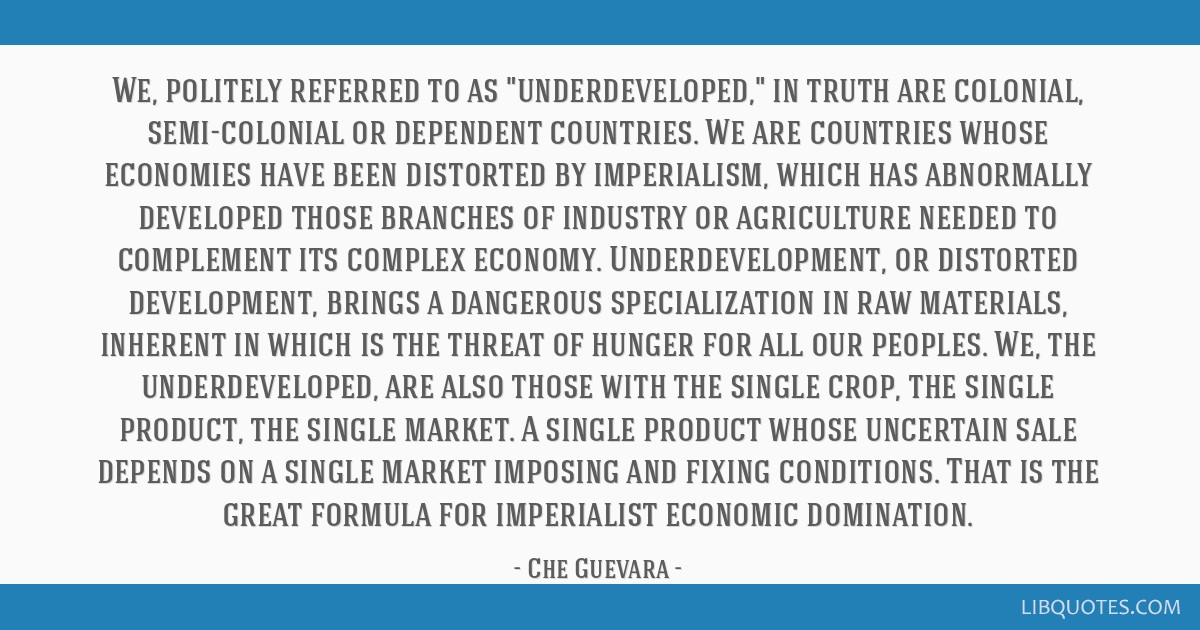 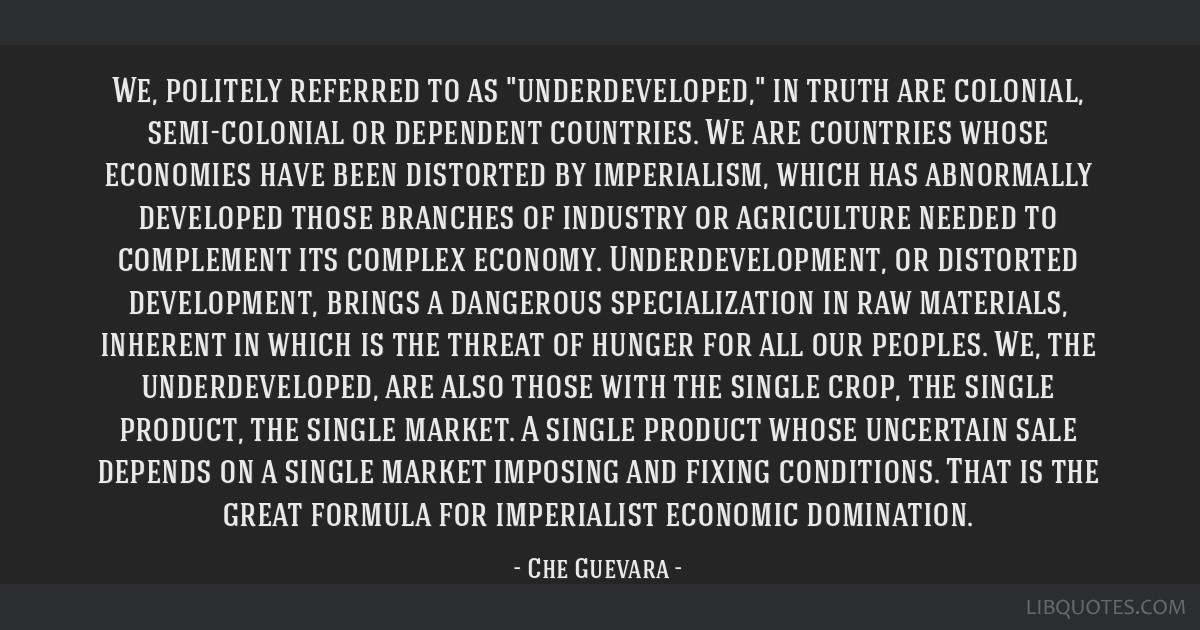 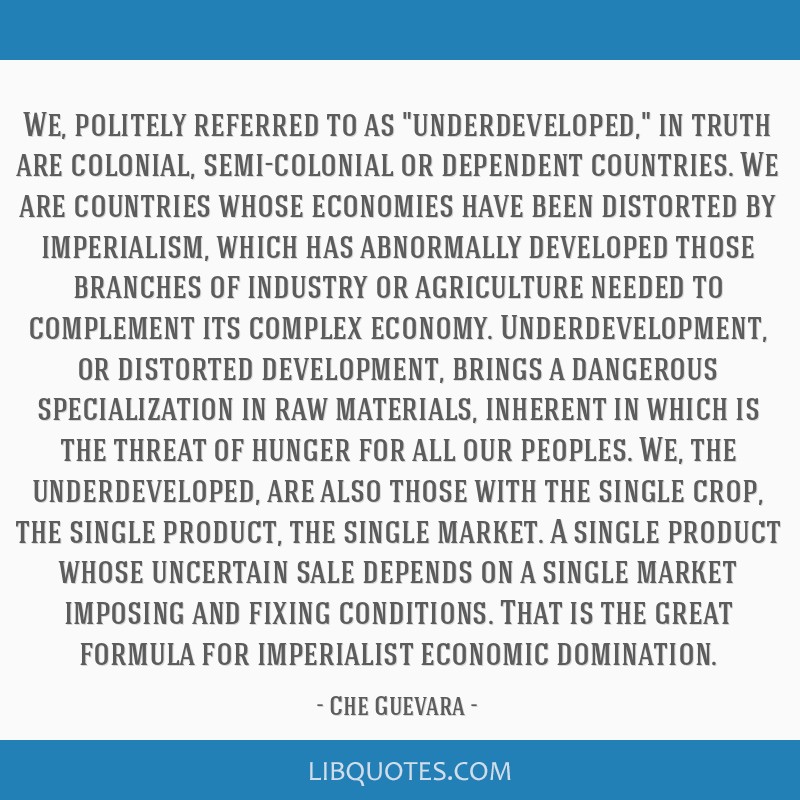 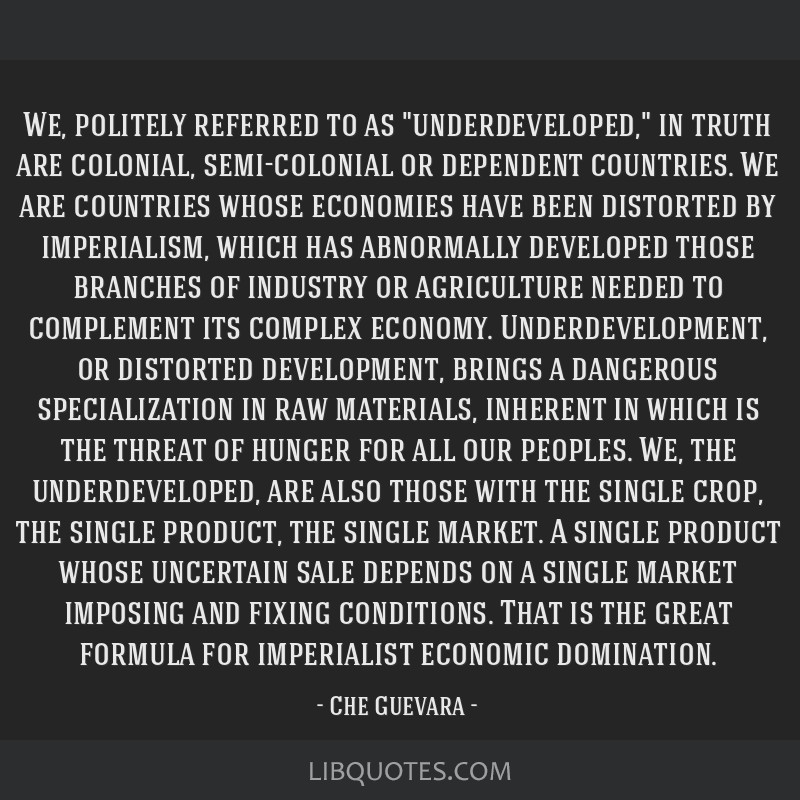