At that moment Marx puts himself in a position where he becomes the necessary target of all who have a special interest in maintaining the old-similar to Democritus before him, whose work was burned by Plato and his disciples, the ideologues of Athenian slave aristocracy. Beginning with the revolutionary Marx, a political group with concrete ideas establishes itself. Basing itself on the giants, Marx and Engels, and developing through successive steps with personalities like Lenin, Stalin, Mao Tse-tung and the new Soviet and Chinese rulers, it establishes a body of doctrine and, let us say, examples to follow. 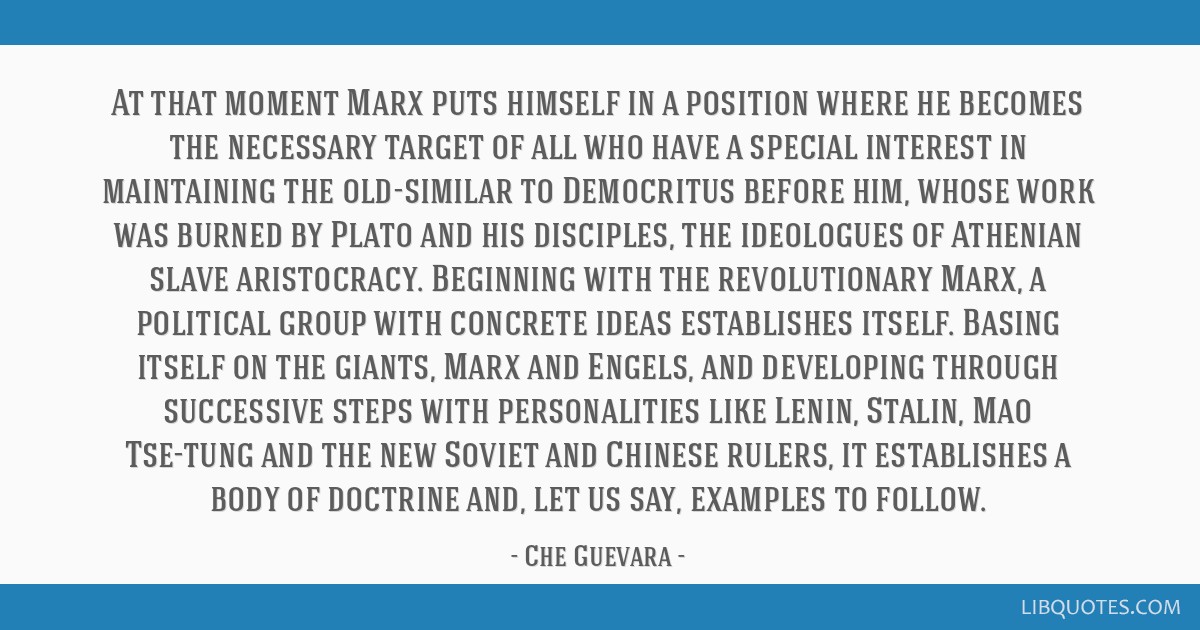 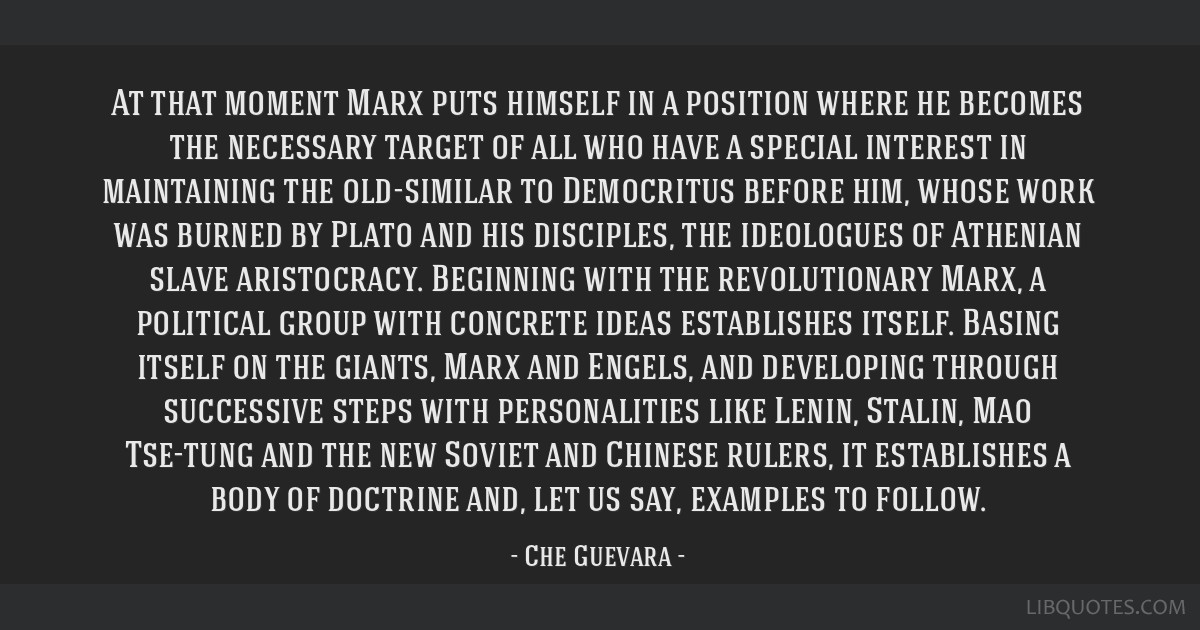 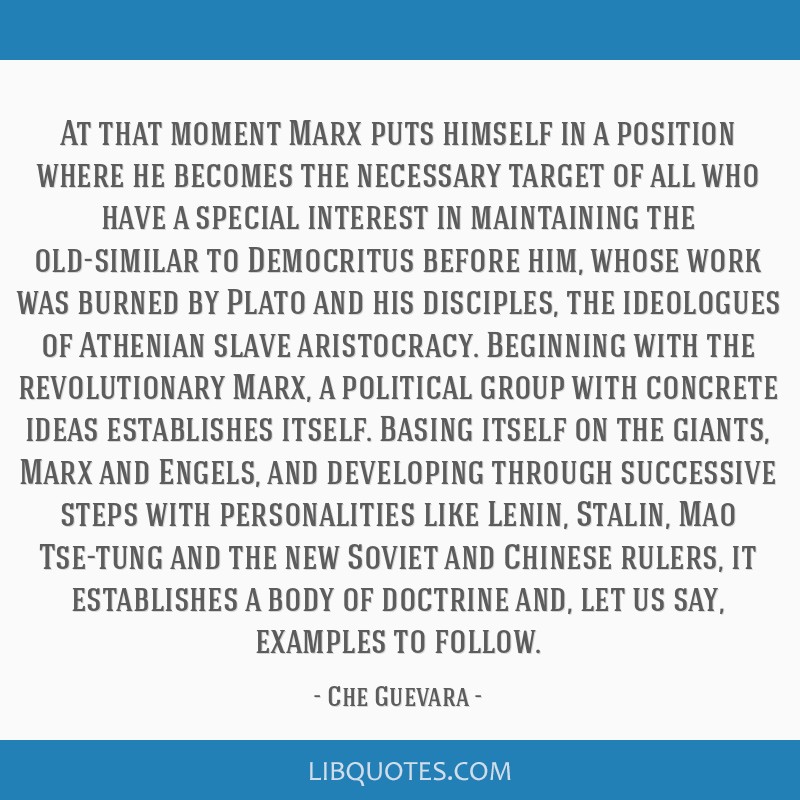 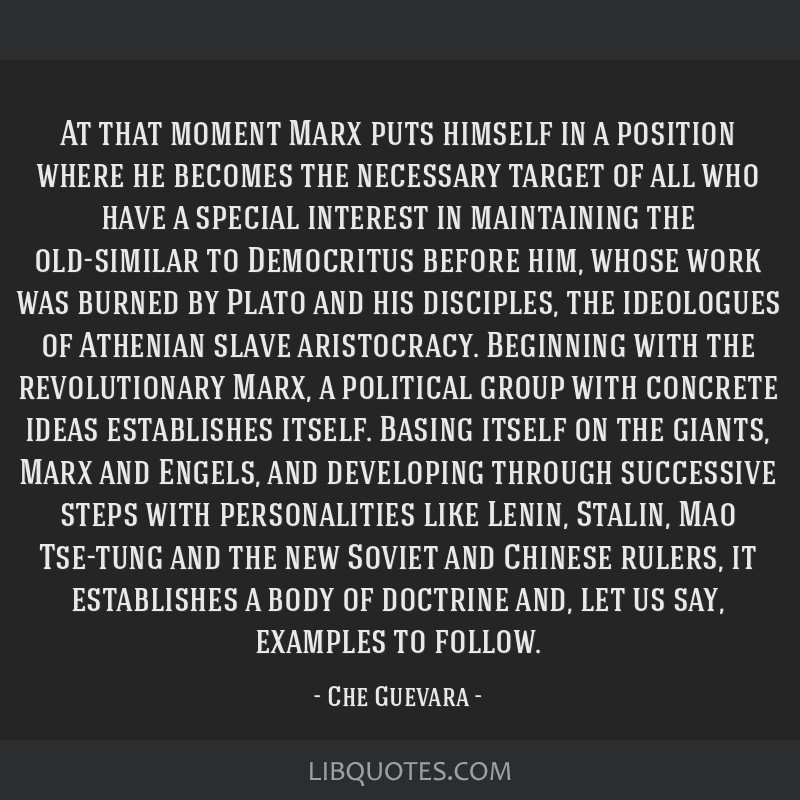