For Beethoven, music was still shape, realized and inflected by instrumental sonority: other realizations may be as absurd as arrangements of the Hammerklavier, for example, always are, but the musical conception takes precedence over its realization in sound. The sonority serves the music. For Schumann, however, as for Chopin and Liszt, the conception was worked out directly within the sonority as a sculptor works directly in clay or marble. The instrumental sound is shaped into music. 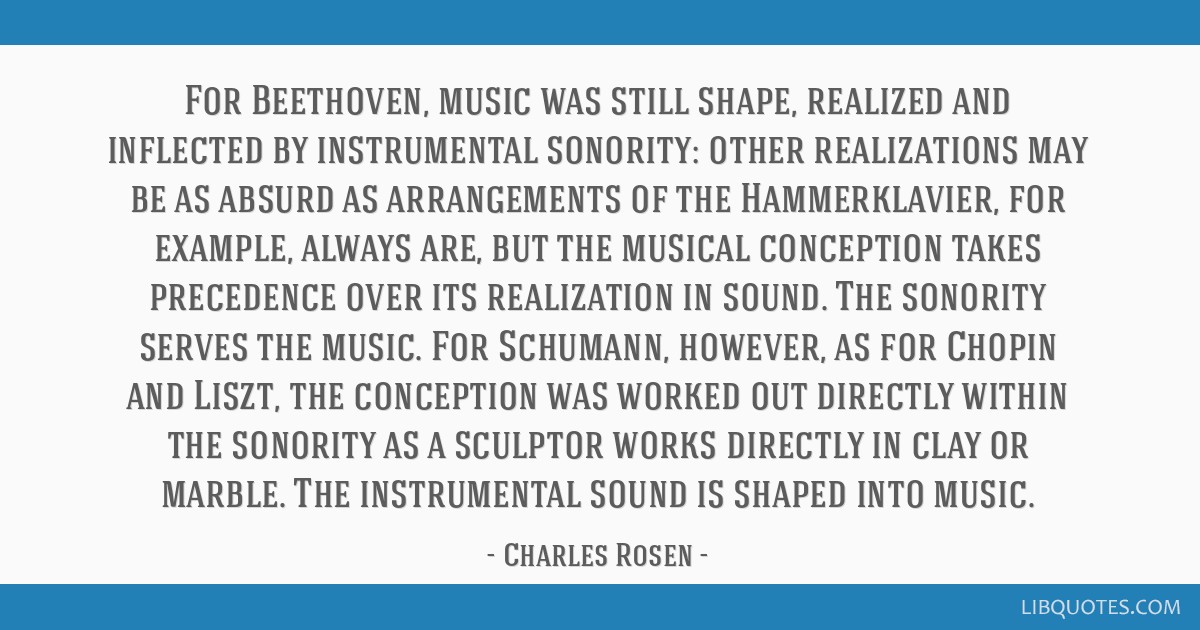 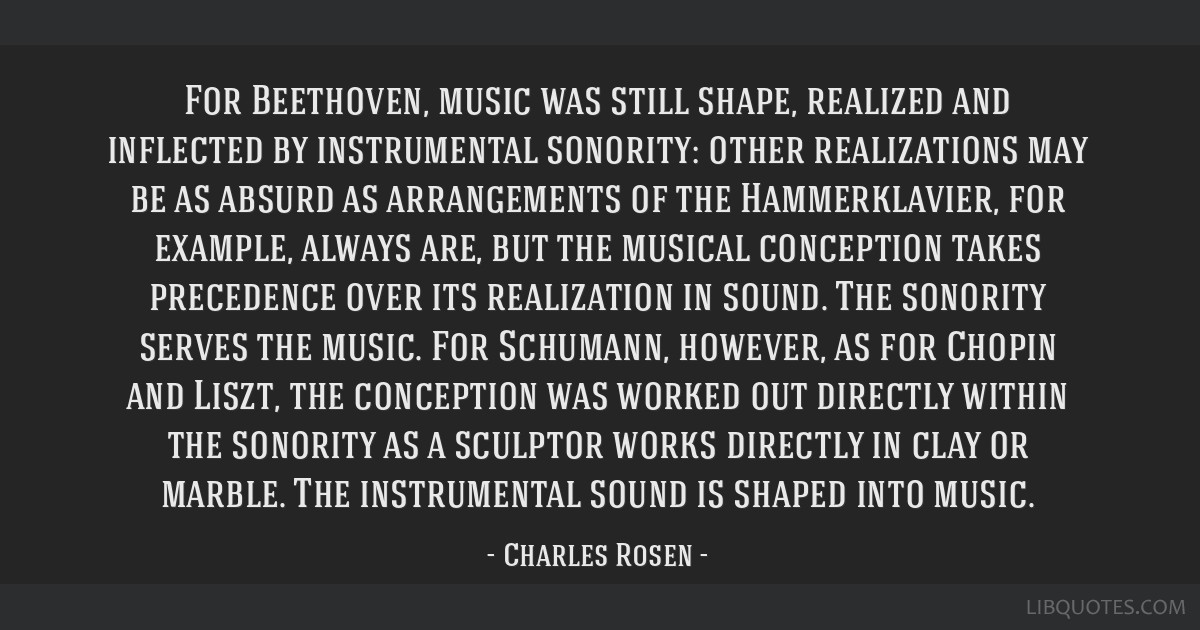 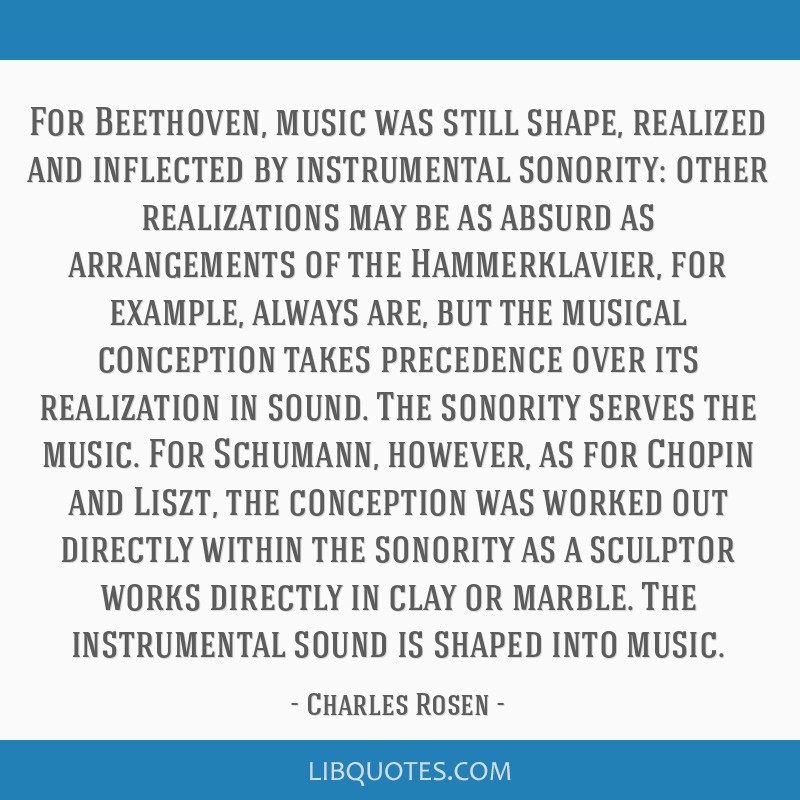 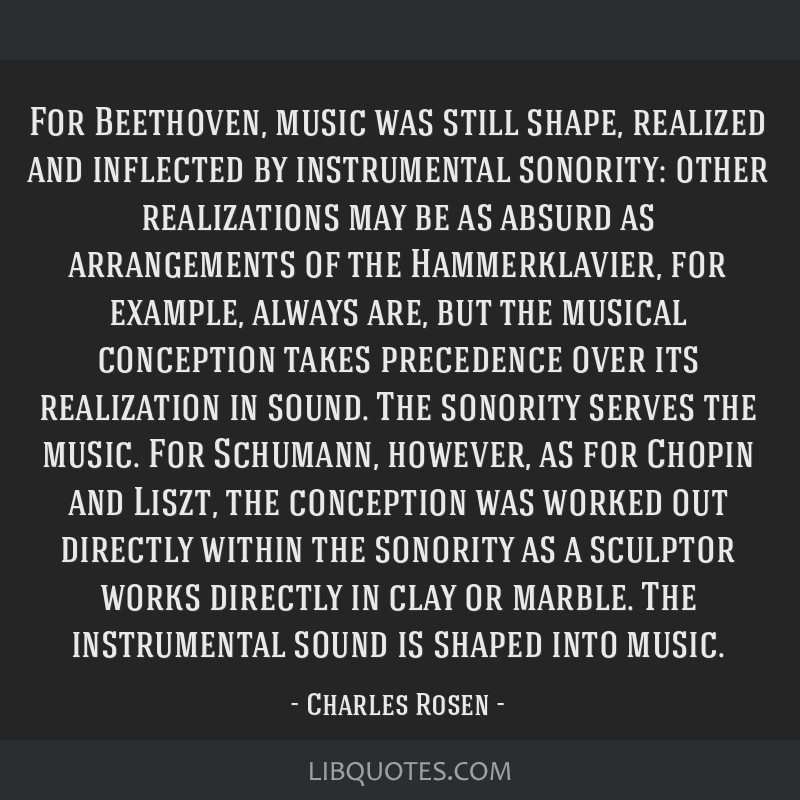