There is a revealing sardonic comment by Leopold Godowsky on a well-known statement of Paderewski, who once boasted, "When I don't practice for one day, my fingers know it; for two days, and my friends know it; for three days and the whole world knows it." Godowsky added: "On the fourth day, the critics hear about it." In any case, poets and novelists are generally better reporters of the general state of musical opinion than music journalists, who most often have an ax to grind, or, quite reasonably and justifiably, a more limited set of prejudices to broadcast. 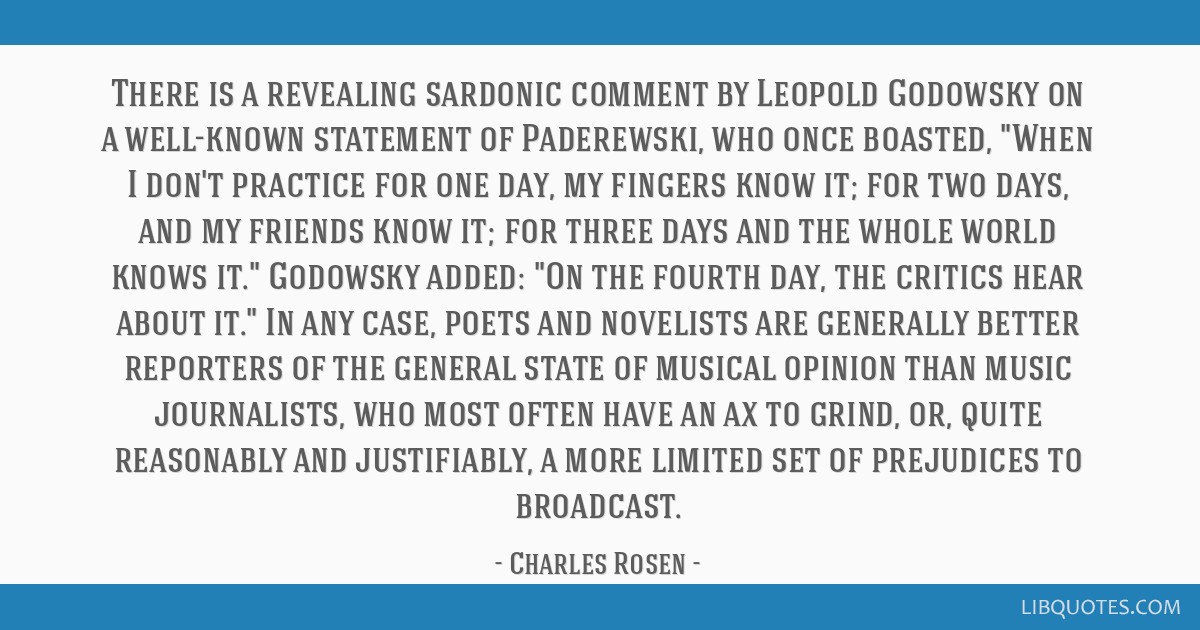 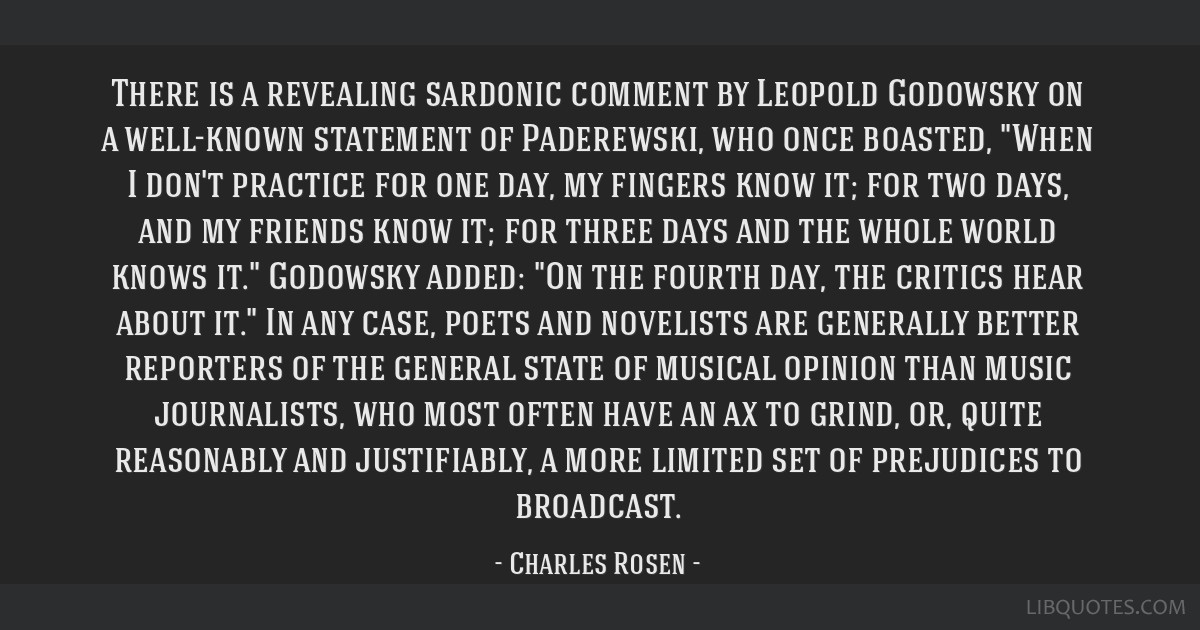 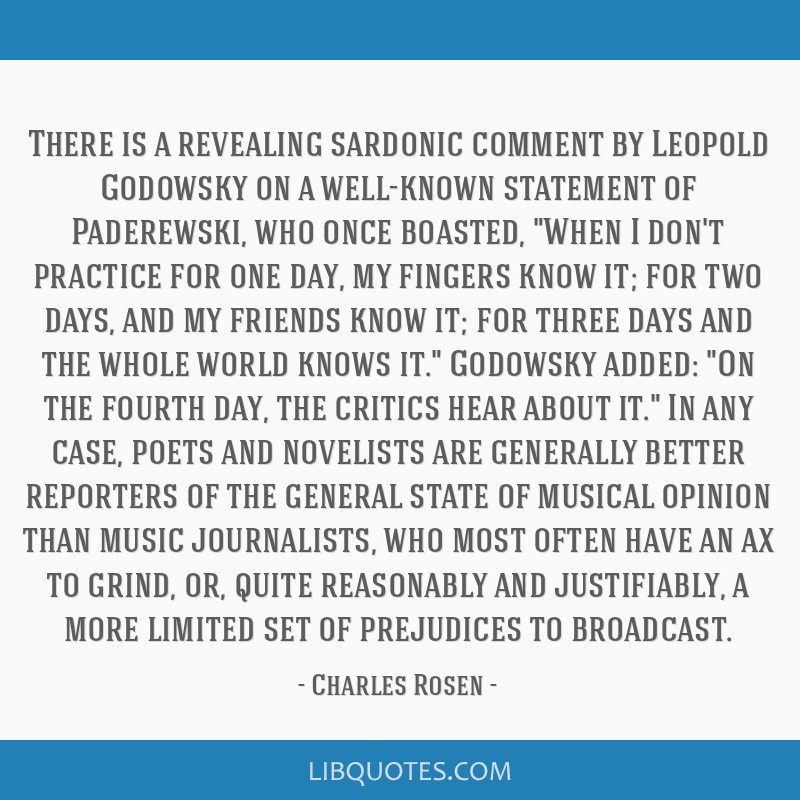 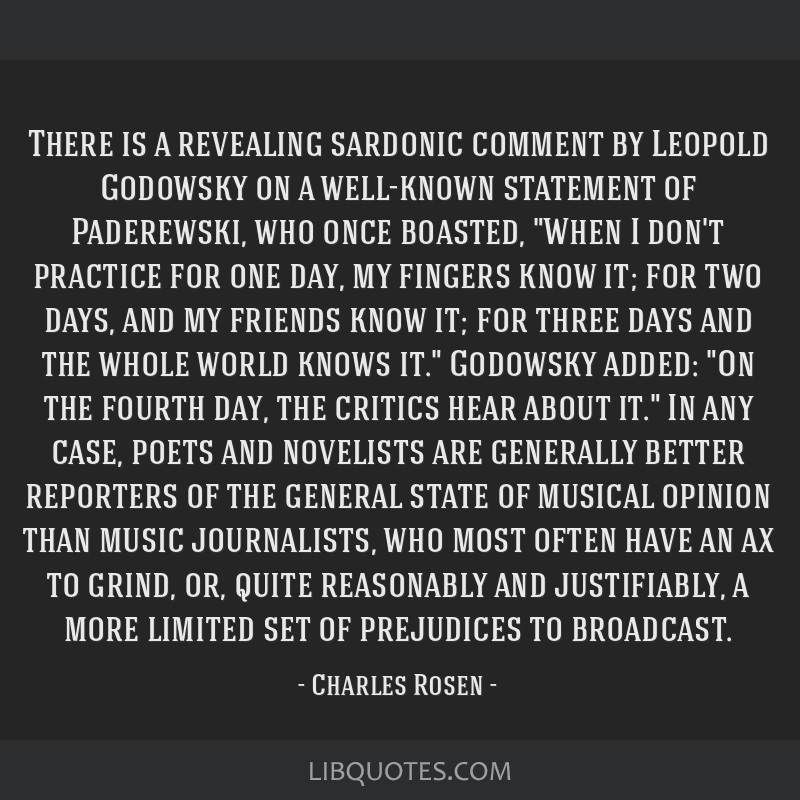