Let the tears which fell, and the broken words which were exchanged in the long close embrace between the orphans, be sacred. A father, sister, and mother, were gained, and lost, in that one moment. Joy and grief were mingled in the cup; but there were no bitter tears: for even grief arose so softened, and clothed in such sweet and tender recollections, that it became a solemn pleasure, and lost all character of pain. 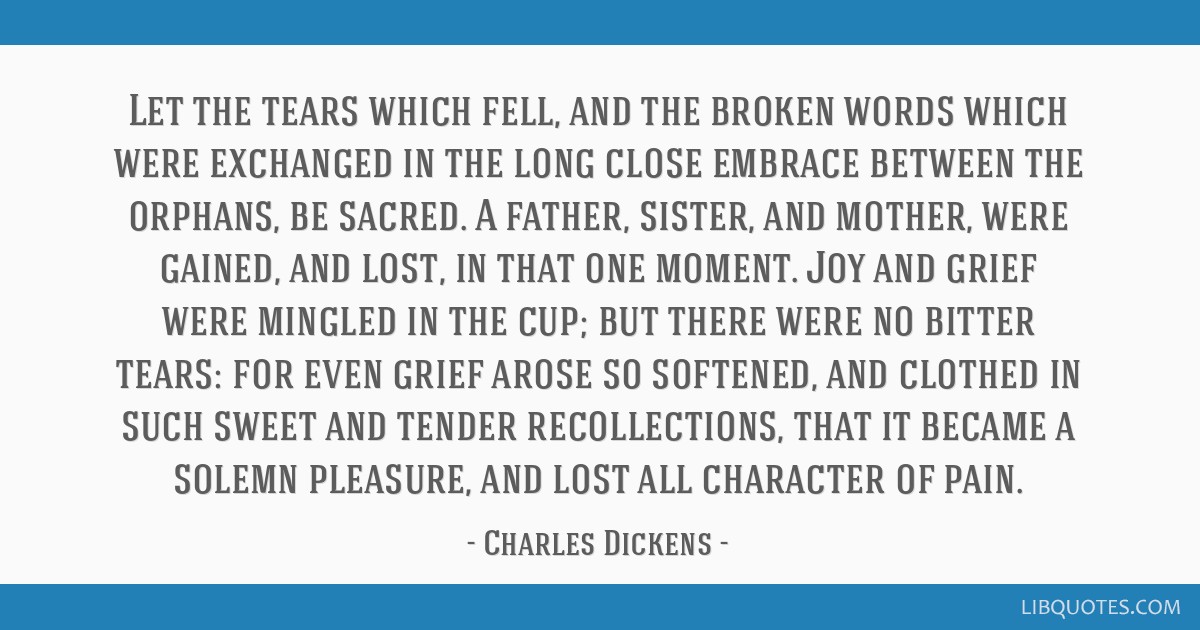 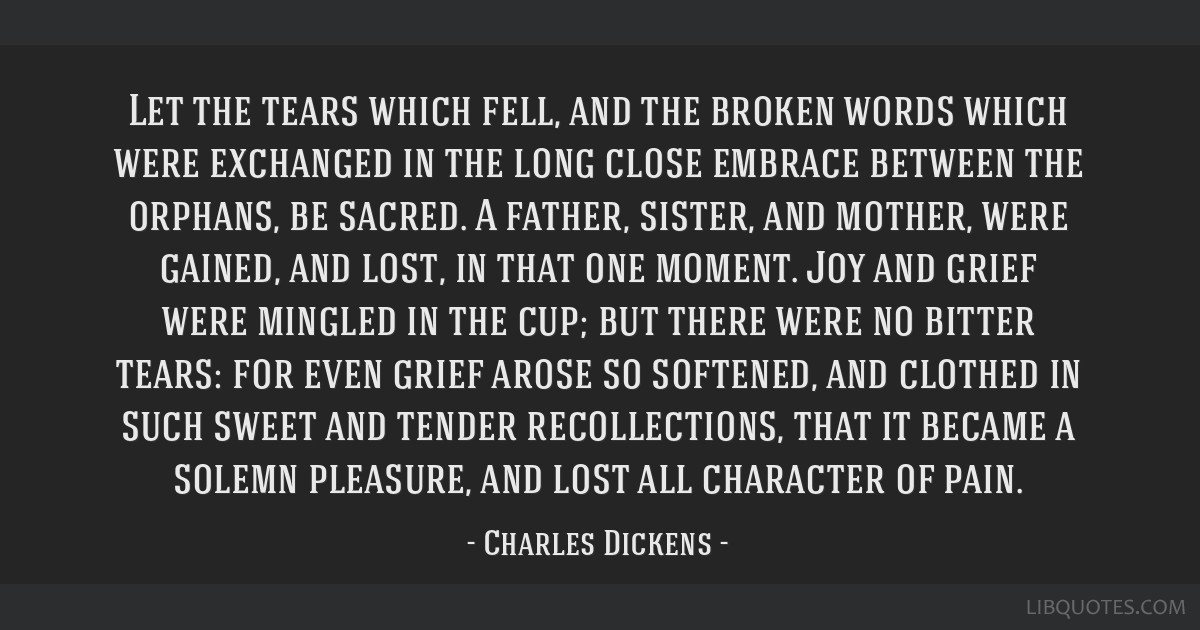 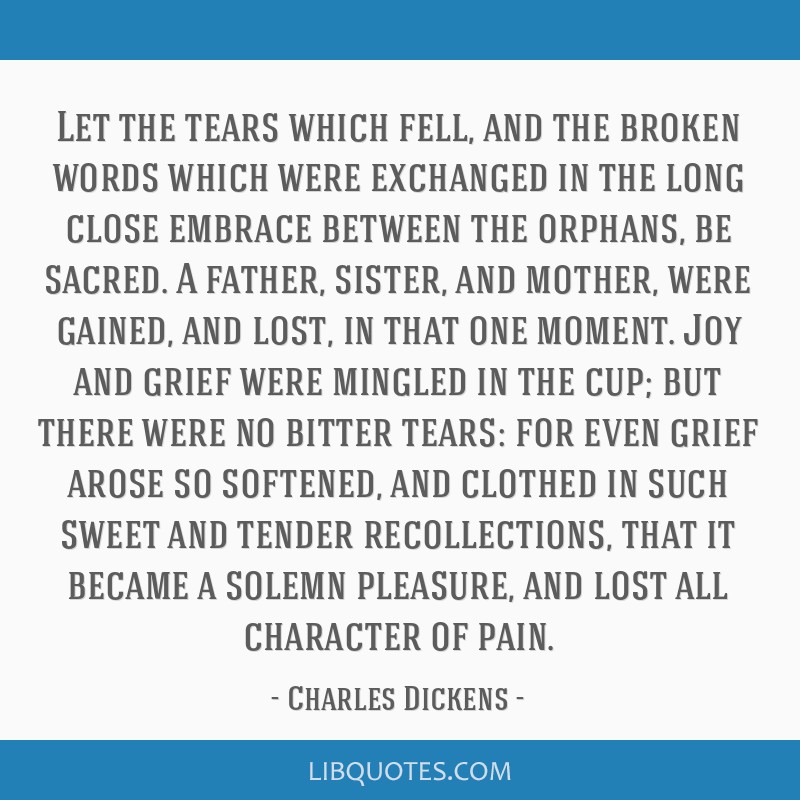 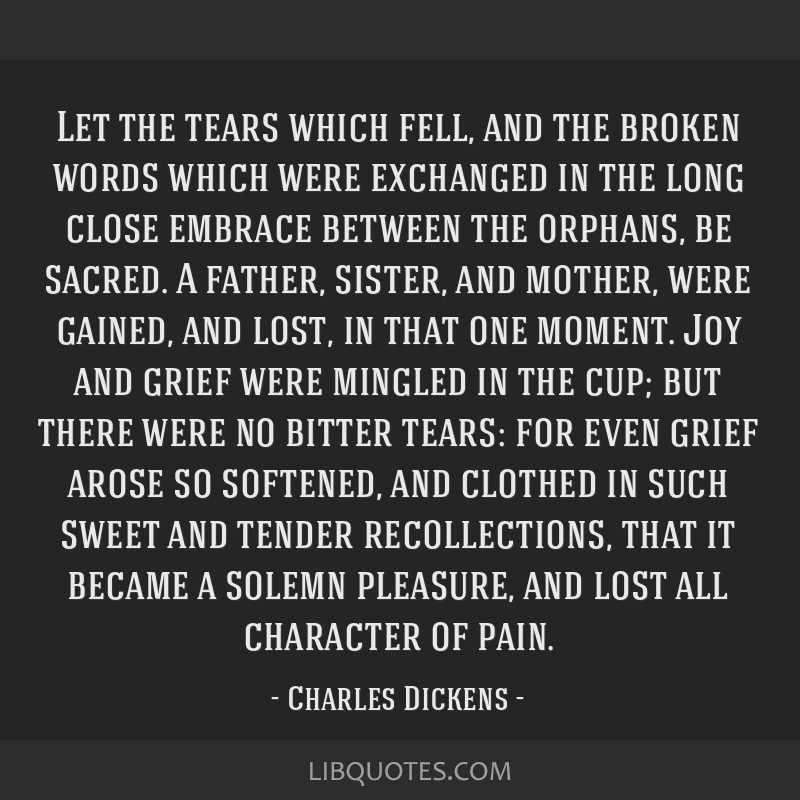 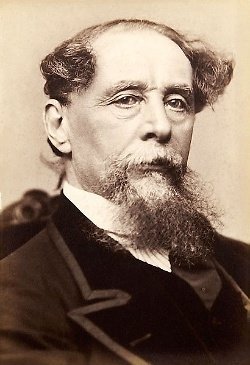