The enemy is not merely any competitor or just any partner of a conflict in general. He is also not the private adversary whom one hates. An enemy exists only when, at least potentially, one fighting collectivity of people confronts a similar collectivity. The enemy is solely the public enemy, because everything that has a relationship to such a collectivity of men, particularly to a whole nation, becomes public by virtue of such a relationship. 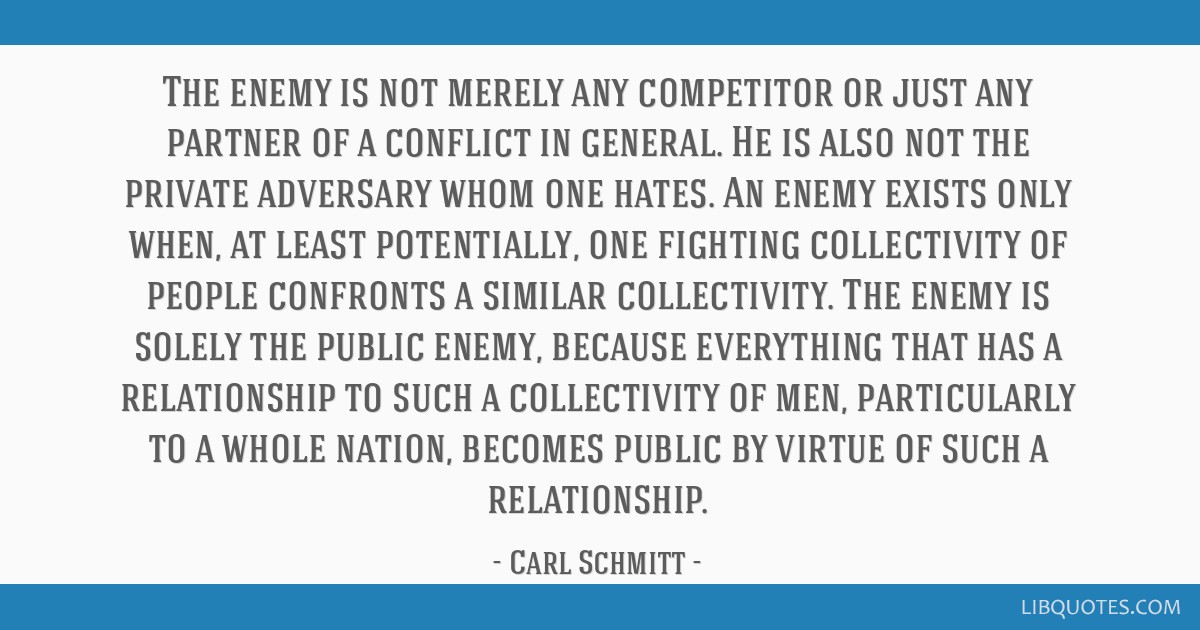 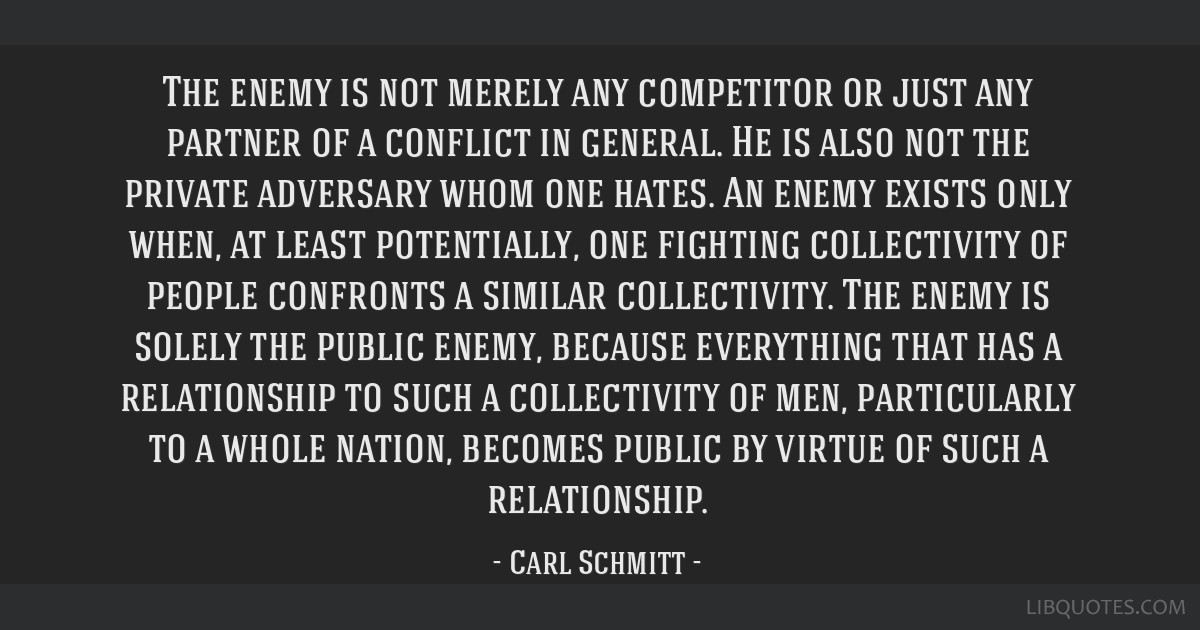 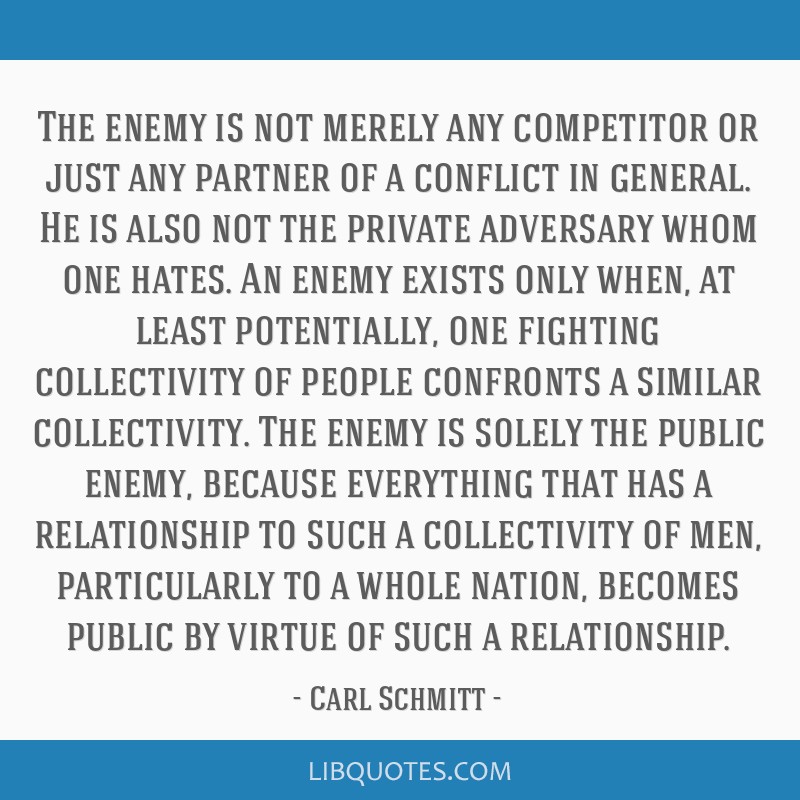 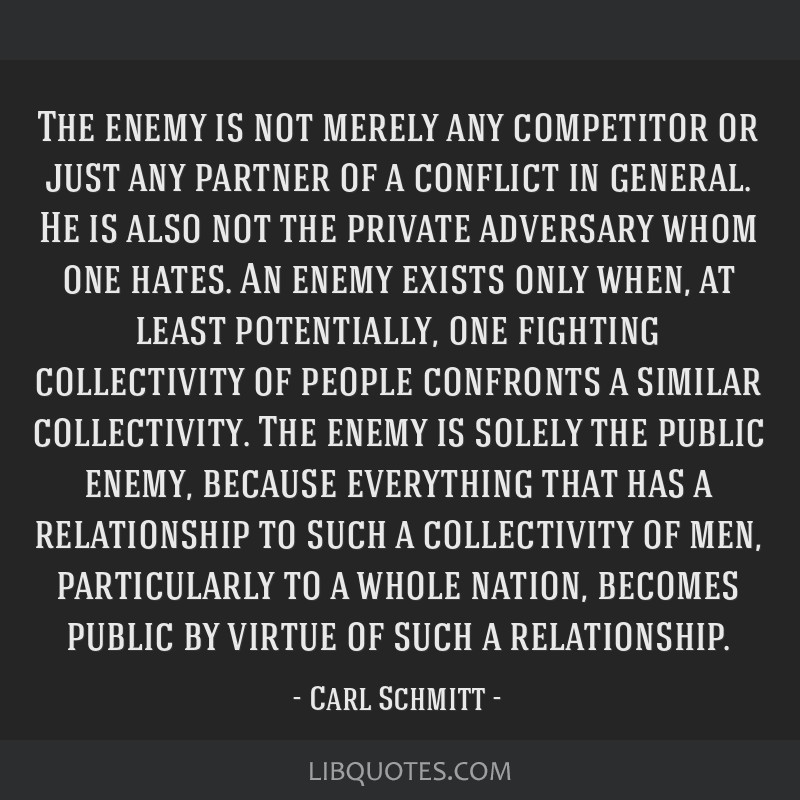