A squid eating dough in a polyethylene bag is fast and bulbous. Got me? 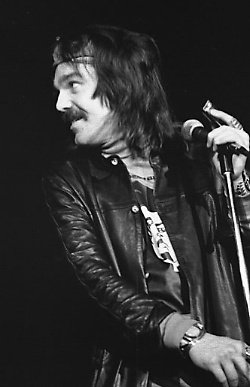 Creative Commons
Born: January 15, 1941
Died: December 17, 2010 (aged 69)
Bio: Don Van Vliet was an American singer, songwriter, musician and artist best known by the stage name Captain Beefheart. His musical work was conducted with a rotating ensemble of musicians called the Magic Band, with whom he recorded 13 studio albums.
Known for: