Next to him will come Thomas Jefferson, whose wisdom insured that the Government which Washington had formed should be entrusted to the administration of the people. He emphasized the element of self-government which had been enshrined in American institutions in such a way as to demonstrate that it was practical and would be permanent. In him was likewise embodied the spirit of expansion. Recognizing the destiny of this Country, he added to its territory. By removing the possibility of any powerful opposition from a neighboring state, he gave new guaranties to the rule of the people. 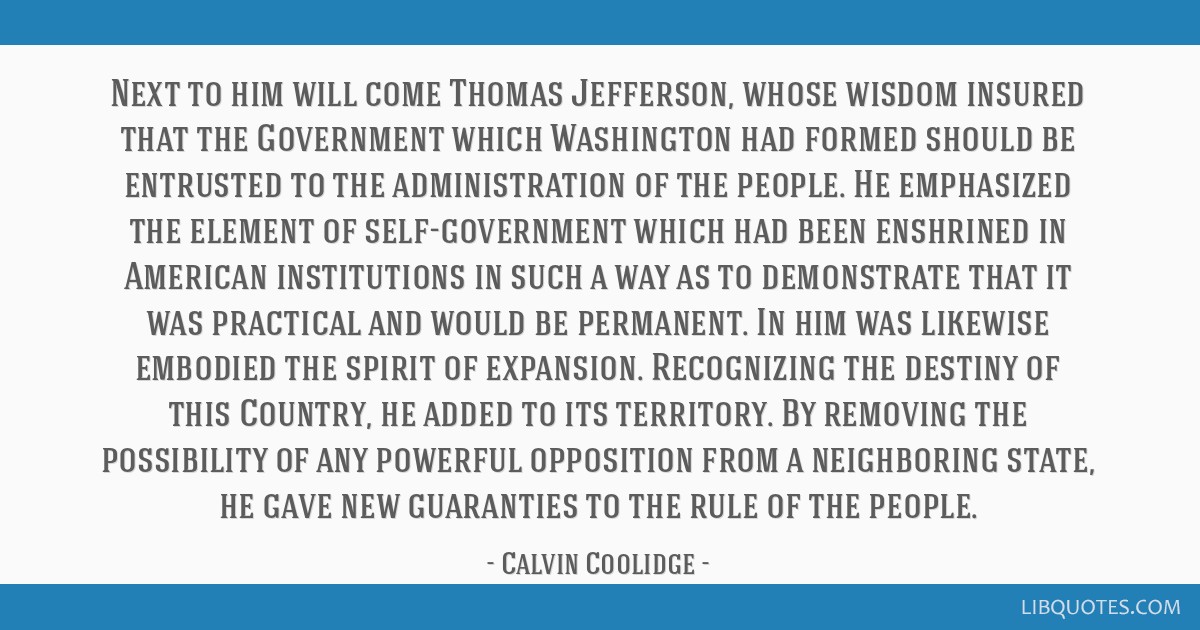 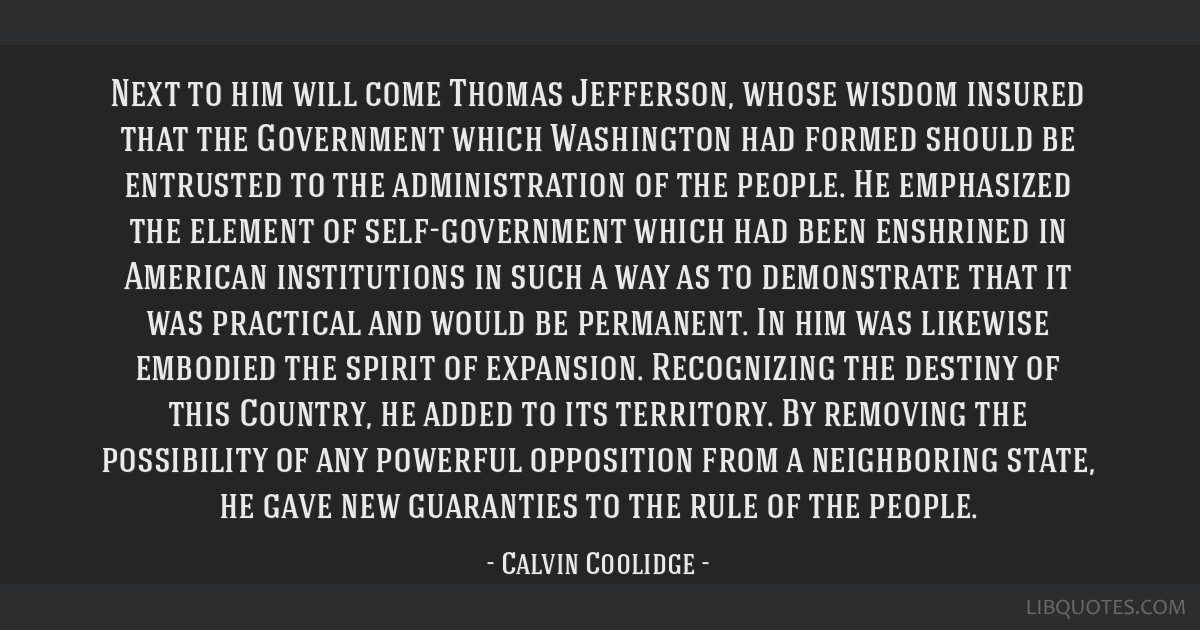 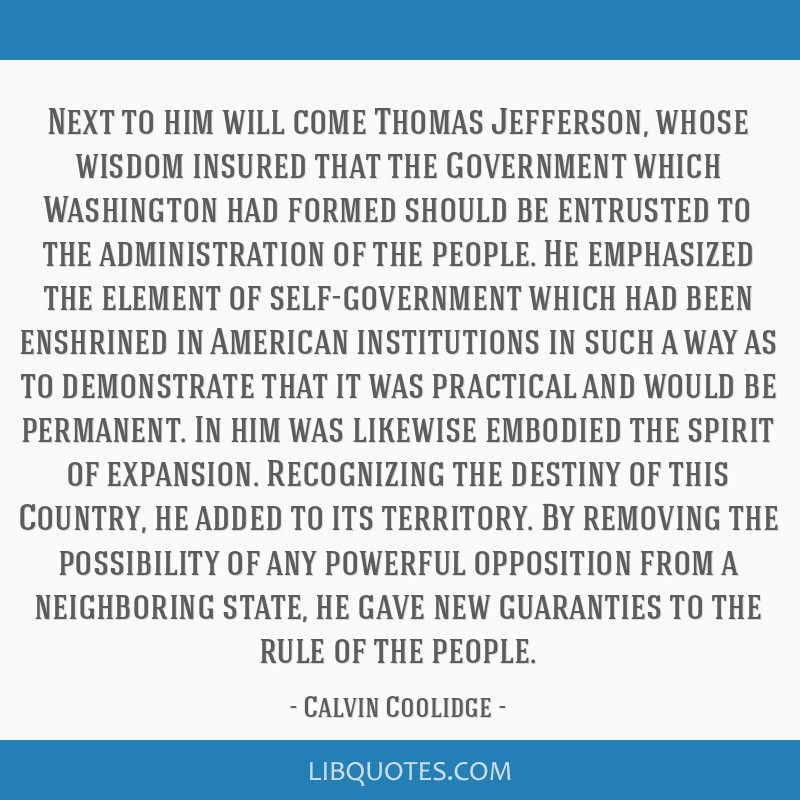 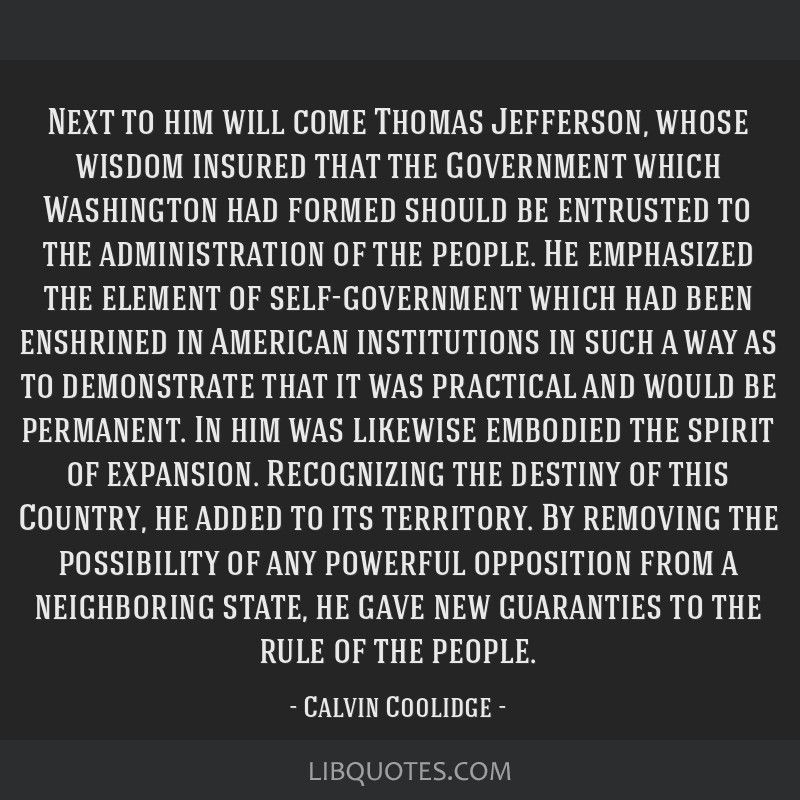 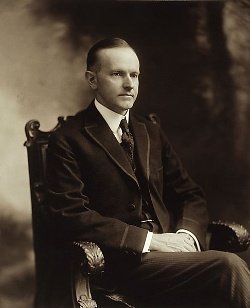