In the same way a Christian is not a man who never goes wrong, but a man is enabled to repent and pick himself up and begin over again after each stumble—because the Christ-life is inside him, repairing him all the time, enabling him to repeat (in some degree) the kind of voluntary death which Christ Himself carried out." - Mere Christianity 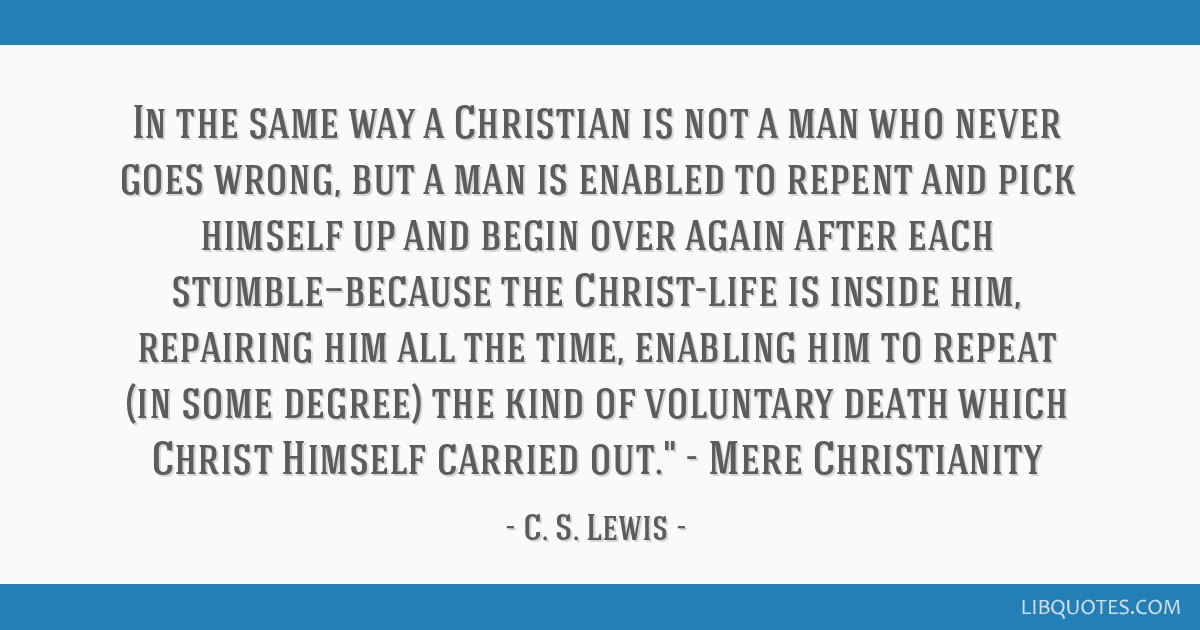 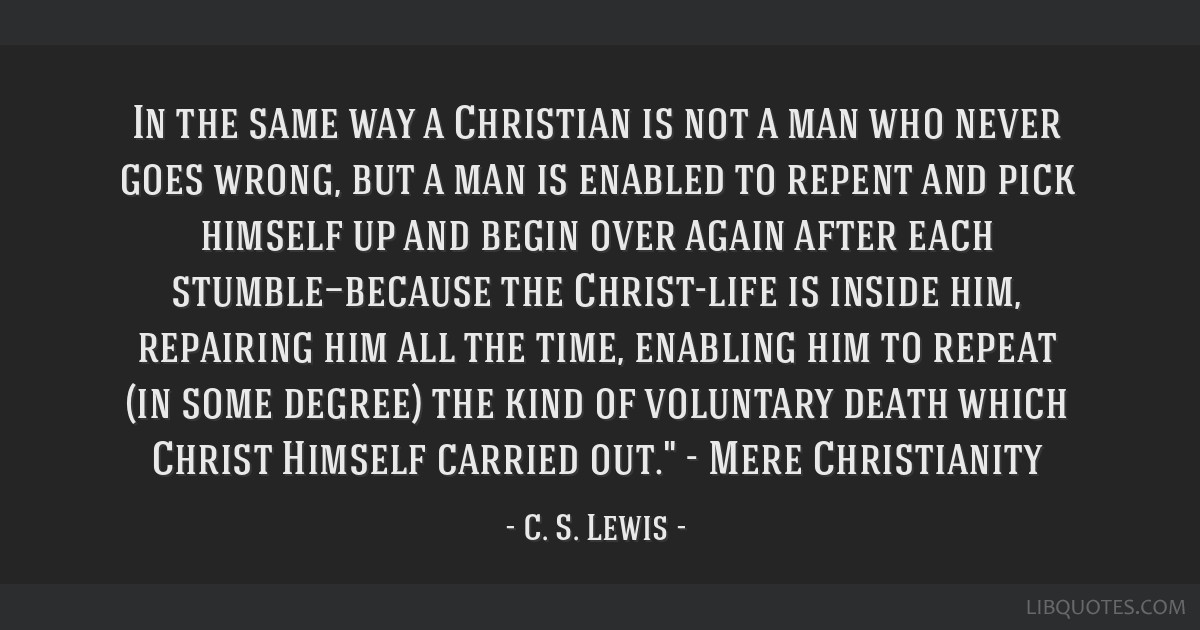 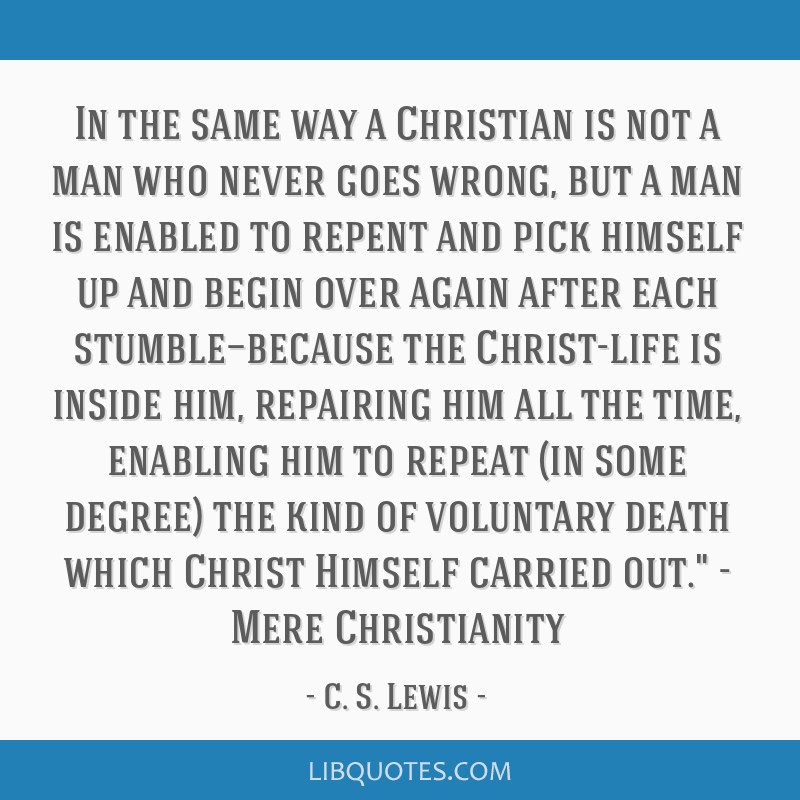 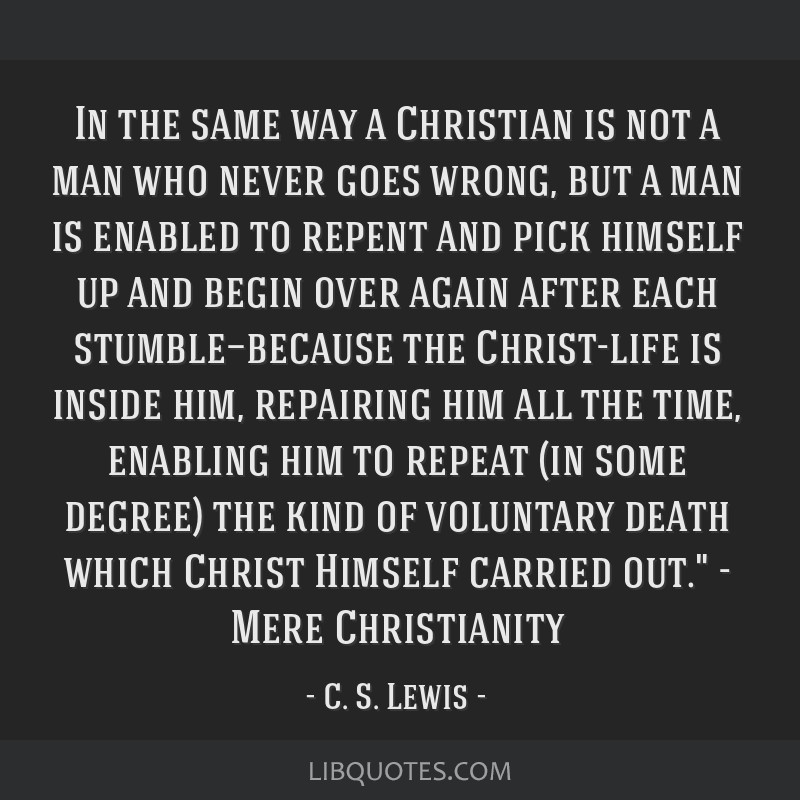