Frank II had been back in the aptly named Mother Country for only a few months when a lady of his acquaintance presented him with Frank IV. Frank IV was a girl, christened Berenice. The state of coma which had ensnared Frank II for so long did not afflict Berenice, or any other of his descendants.
Another tremendous adjustment in the shared consciousness had to be made. That also had its compensations; Frank was the first man ever really to appreciate the woman's point of view. 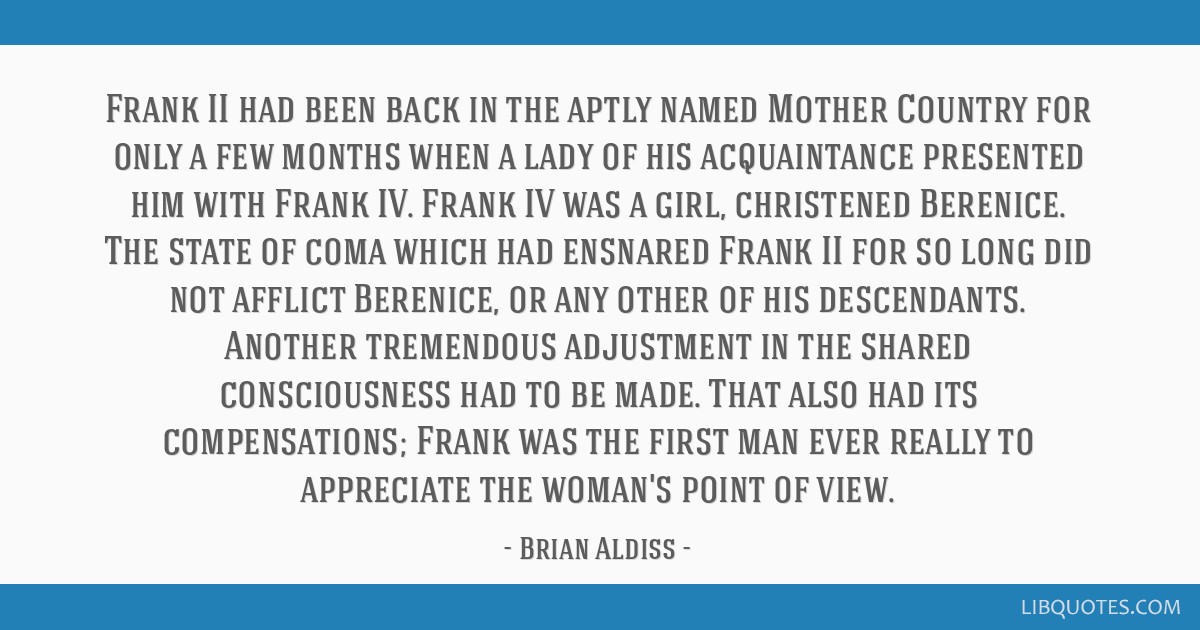 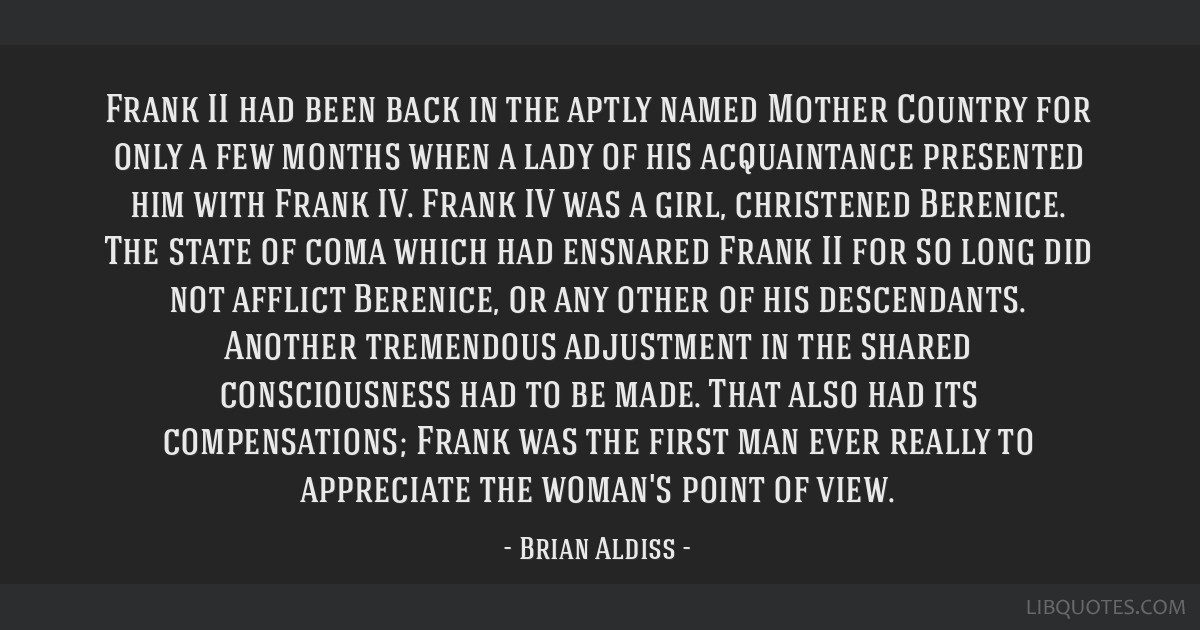 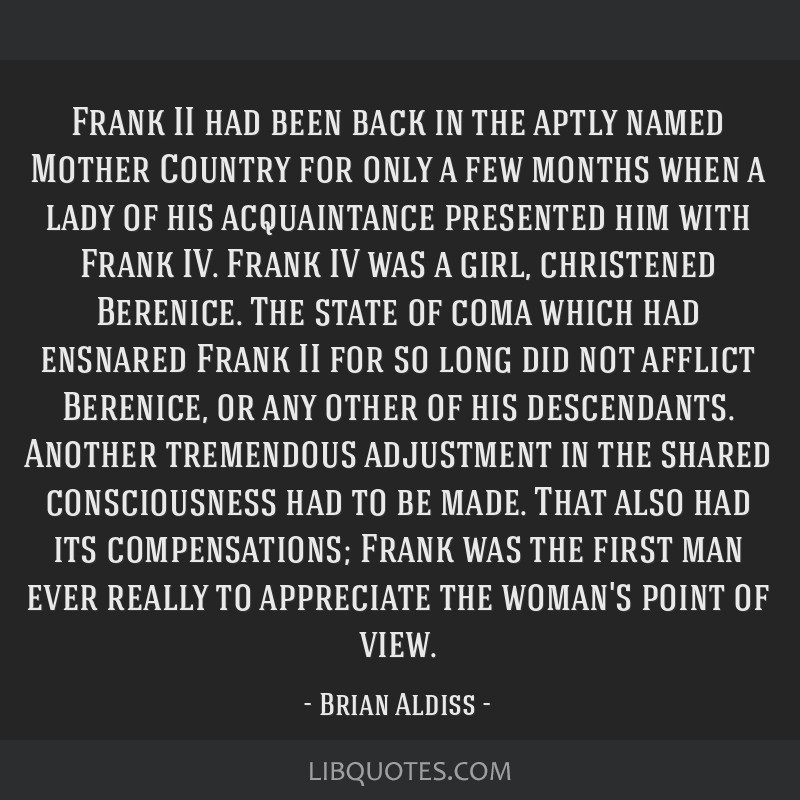 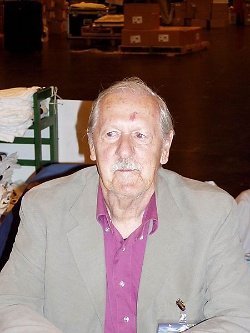