What would you say of that man who was made king by the error of the people, if he had so far forgotten his natural condition as to imagine that this kingdom was due to him, that he deserved it, and that it belonged to him of right? You would marvel at his stupidity and folly. But is there less in the people of rank who live in so strange a forgetfulness of their natural condition?

Discourses on the Condition of the Great 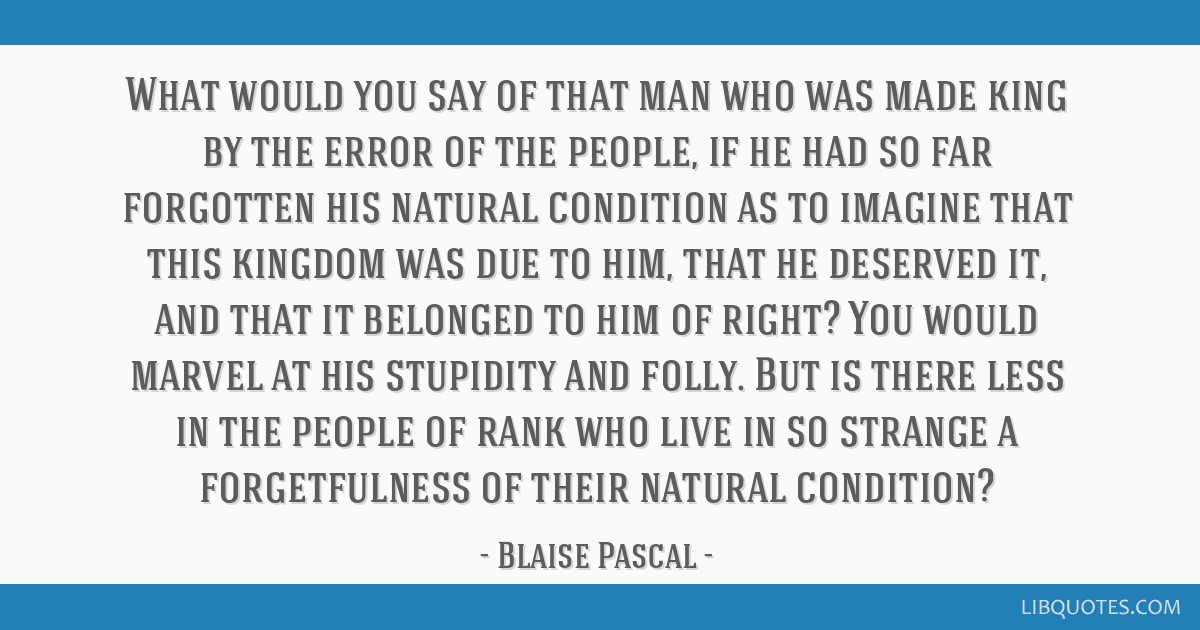 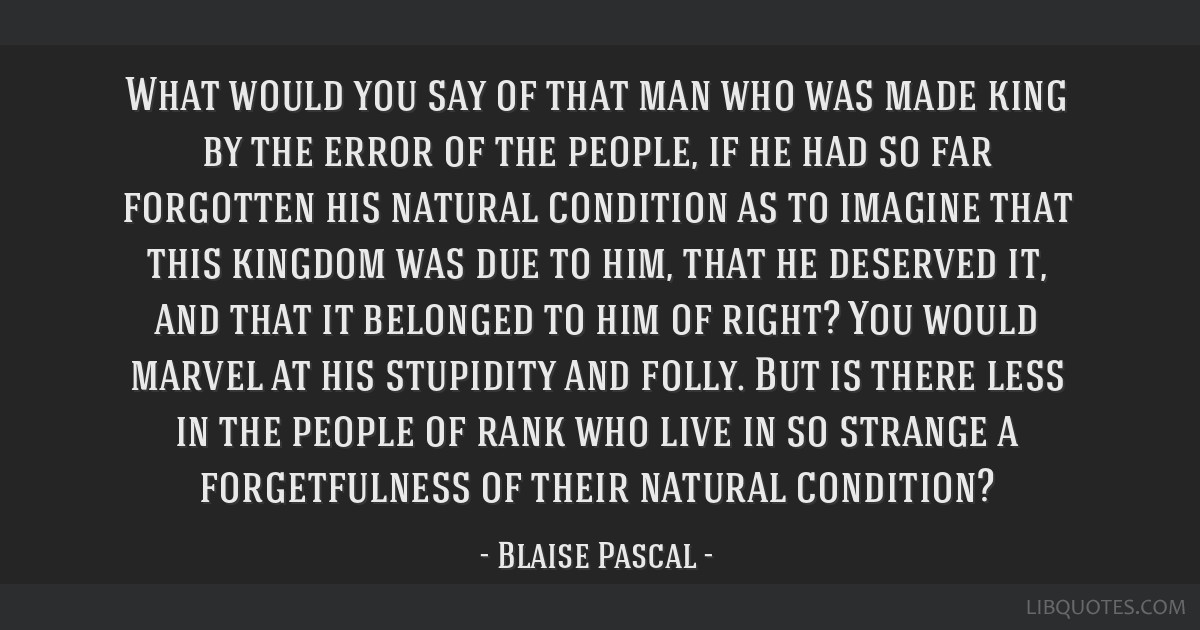 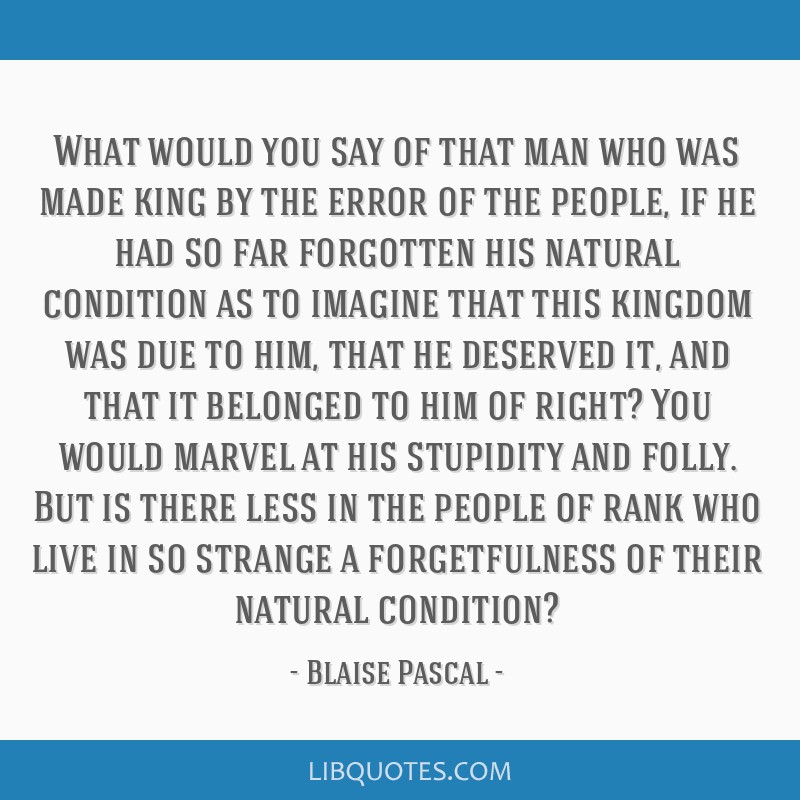 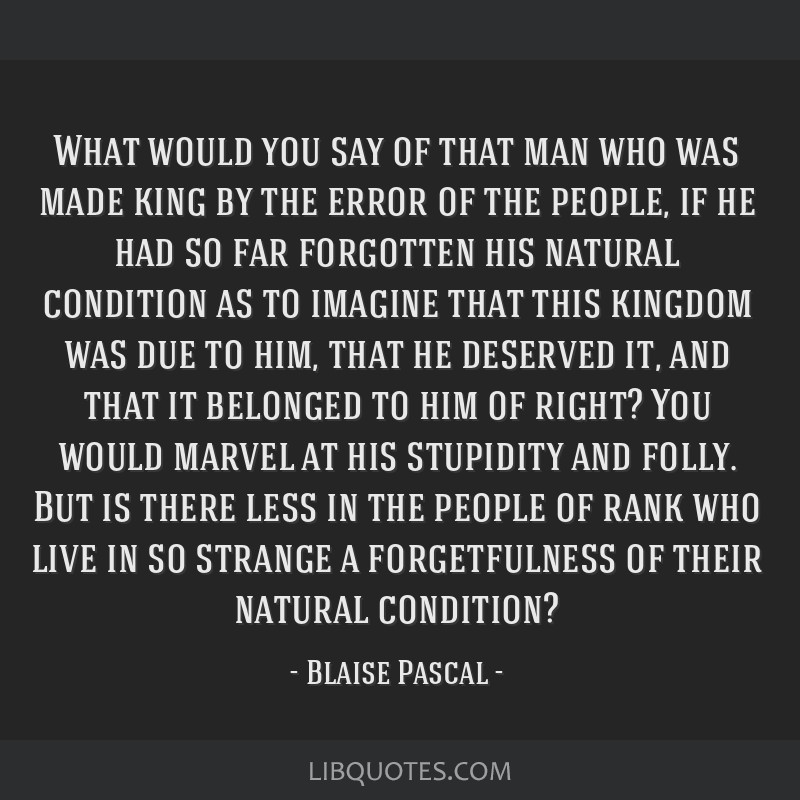 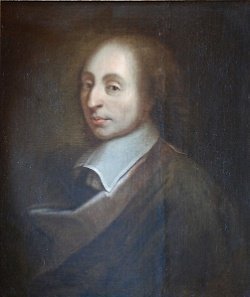