The first peace, which is the most important, is that which comes within the souls of people when they realize their relationship, their oneness, with the universe and all its powers, and when they realize that at the center of the universe dwells Wakan-Tanka, and that this center is really everywhere, it is within each of us. This is the real peace, and the others are but reflections of this. The second peace is that which is made between two individuals, and the third is that which is made between two nations. But above all you should understand that there can never be peace between nations until there is known that true peace, which, as I have often said, is within the souls of men. 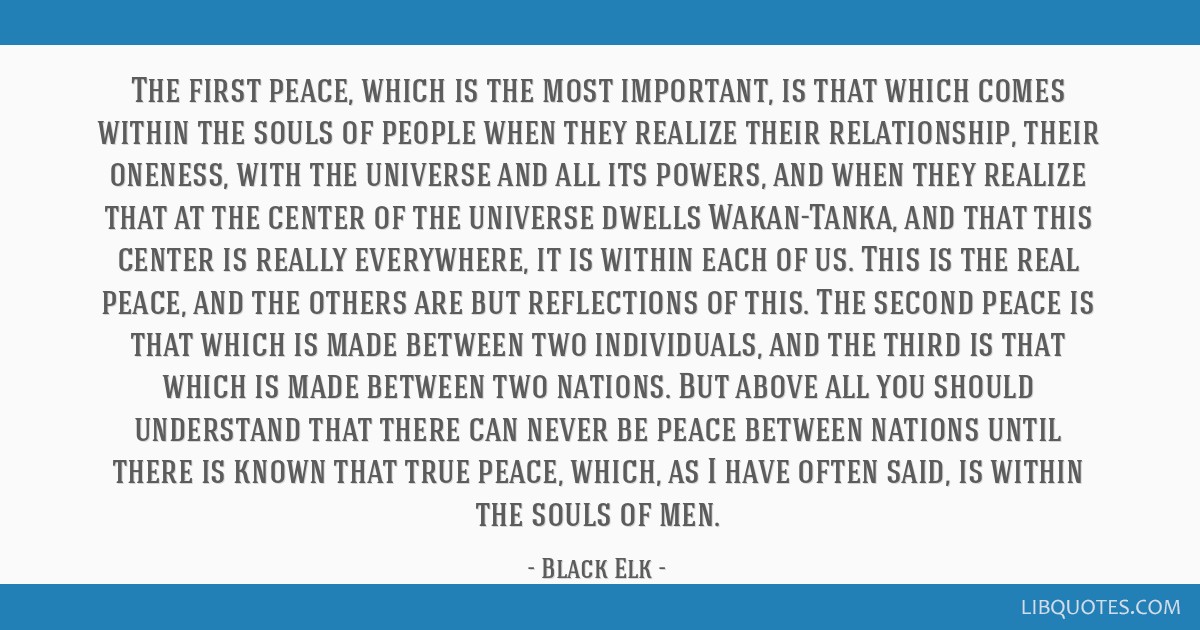 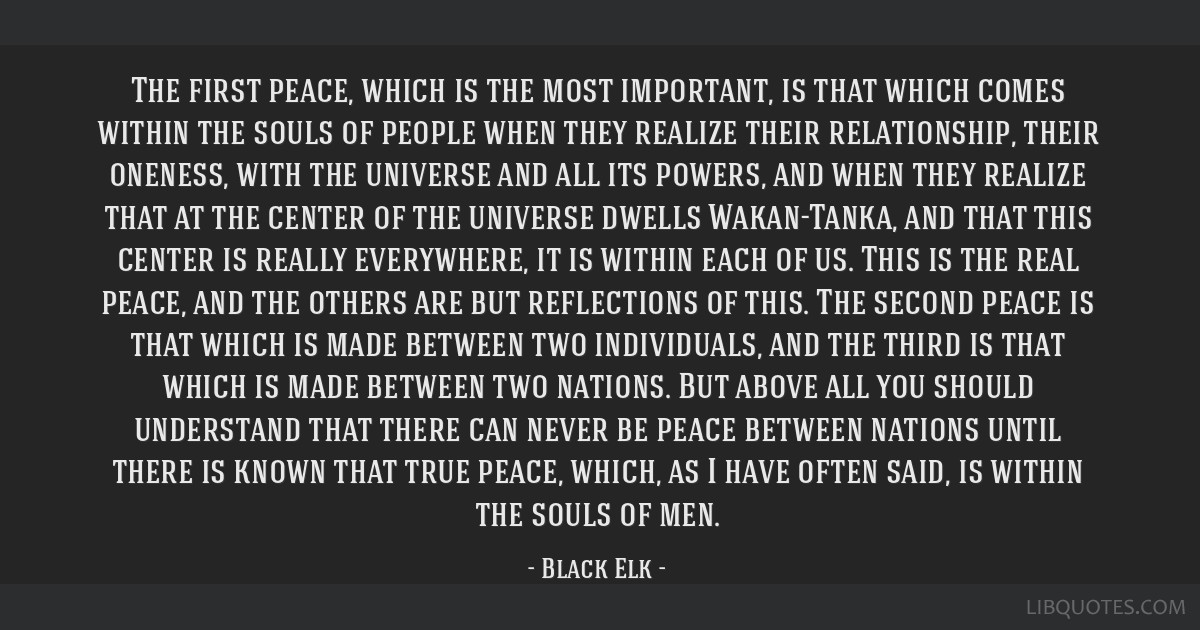 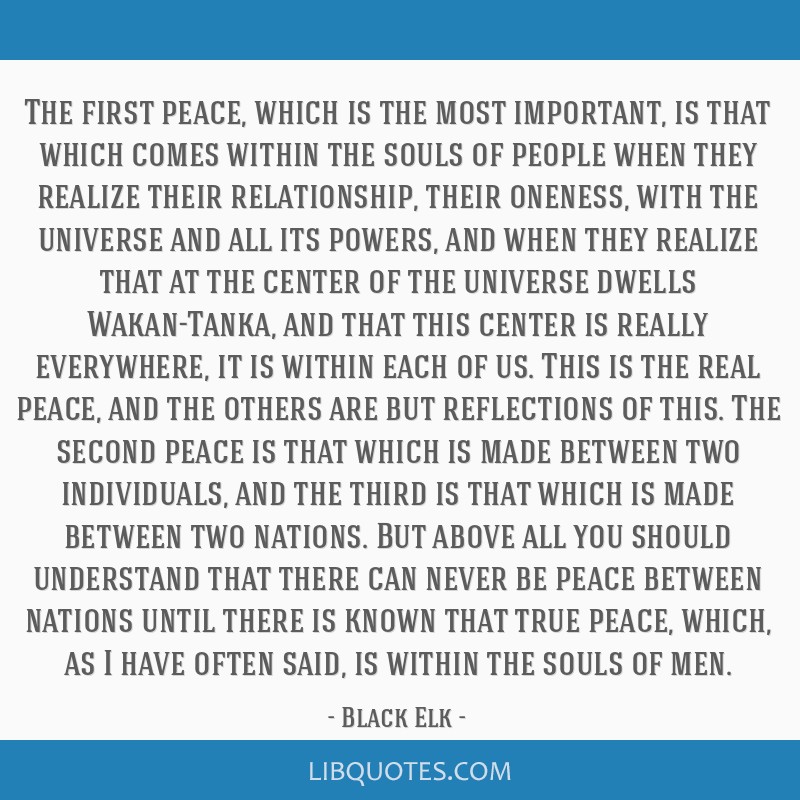 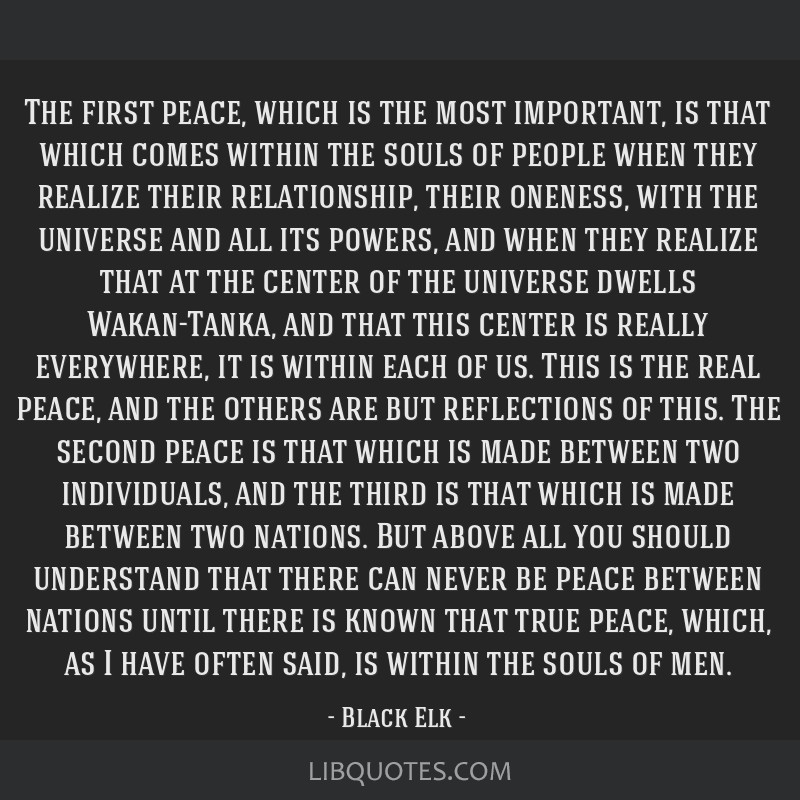 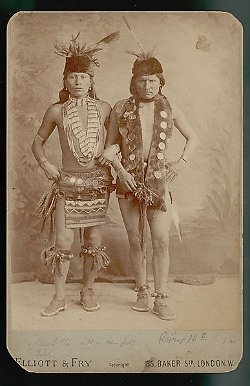