I hate the world and almost all the people in it. I hate the Labour Congress and the journalists who send men to be slaughtered, and the fathers who feel a smug pride when their sons are killed, and even the pacifists who keep saying human nature is essentially good, in spite of all the daily proofs to the contrary. I hate the planet and the human race – I am ashamed to belong to such a species.

Letter to Colette, December 28, 1916. It is preoccupation with possession, more than anything else, that prevents men from living freely and nobly. 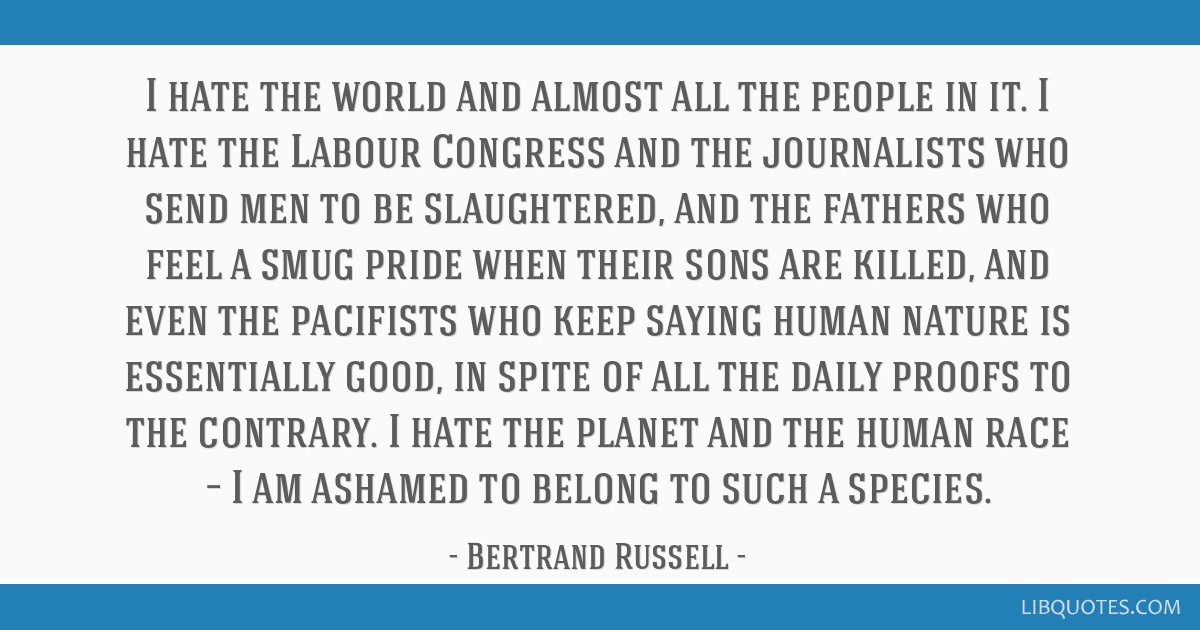 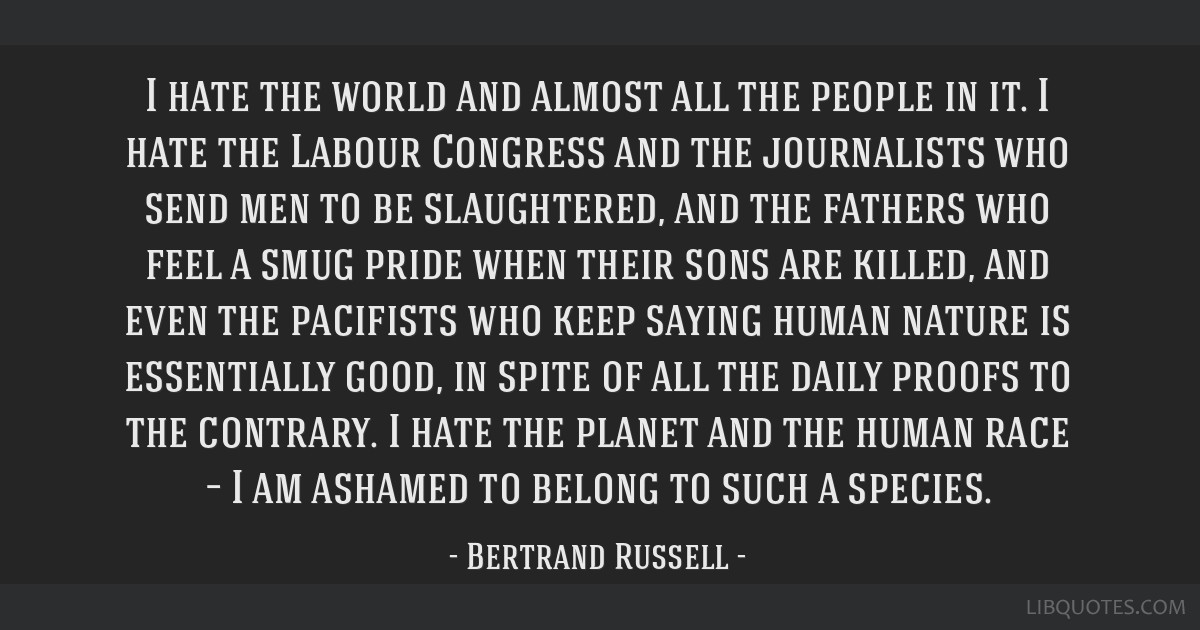 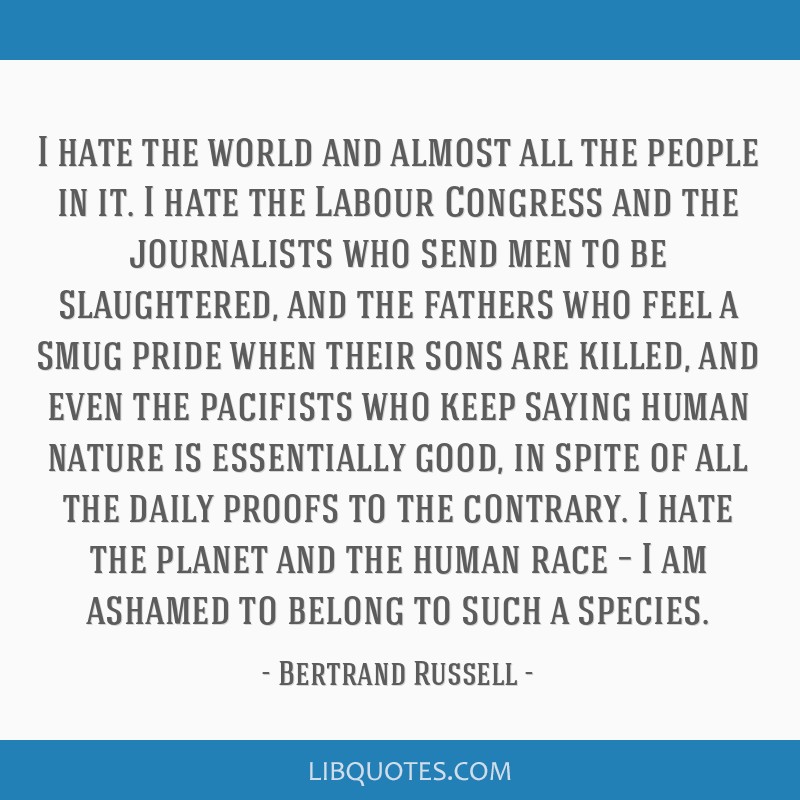 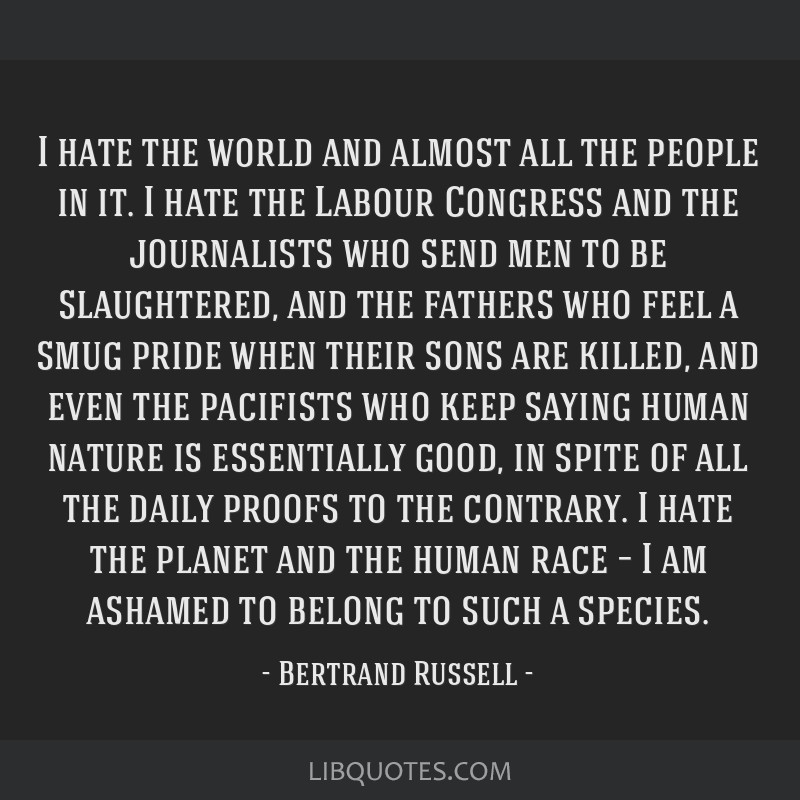