The instinctive foundation of the intellectual life is curiosity, which is found among animals in its elementary forms. Intelligence demands an alert curiosity, but it must be of a certain kind. The sort that leads village neighbours to try to peer through curtains after dark has no very high value. The widespread interest in gossip is inspired, not by a love of knowledge but by malice: no one gossips about other people's secret virtues, but only about their secret vices. Accordingly most gossip is untrue, but care is taken not to verify it. Our neighbour's sins, like the consolations of religion, are so agreeable that we do not stop to scrutinise the evidence closely. 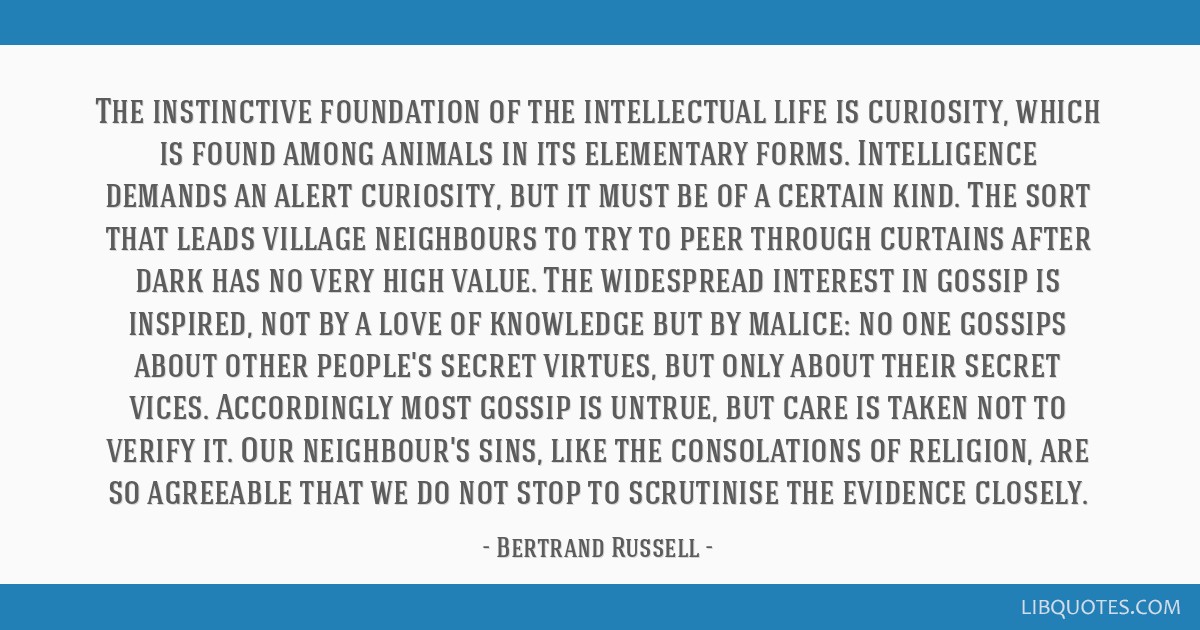 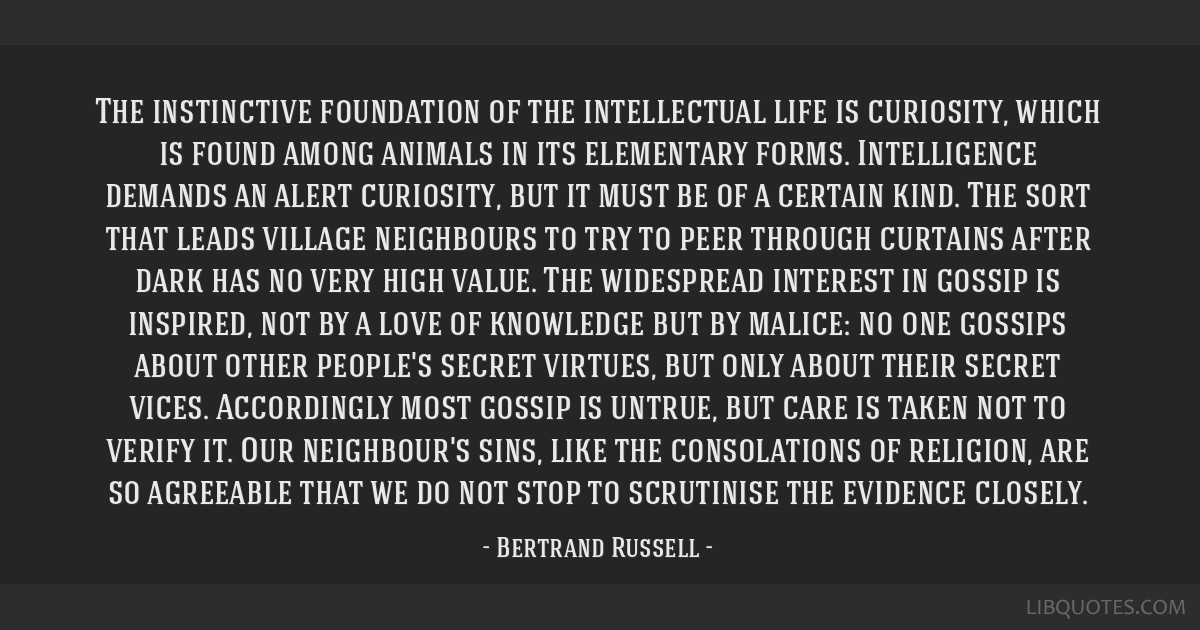 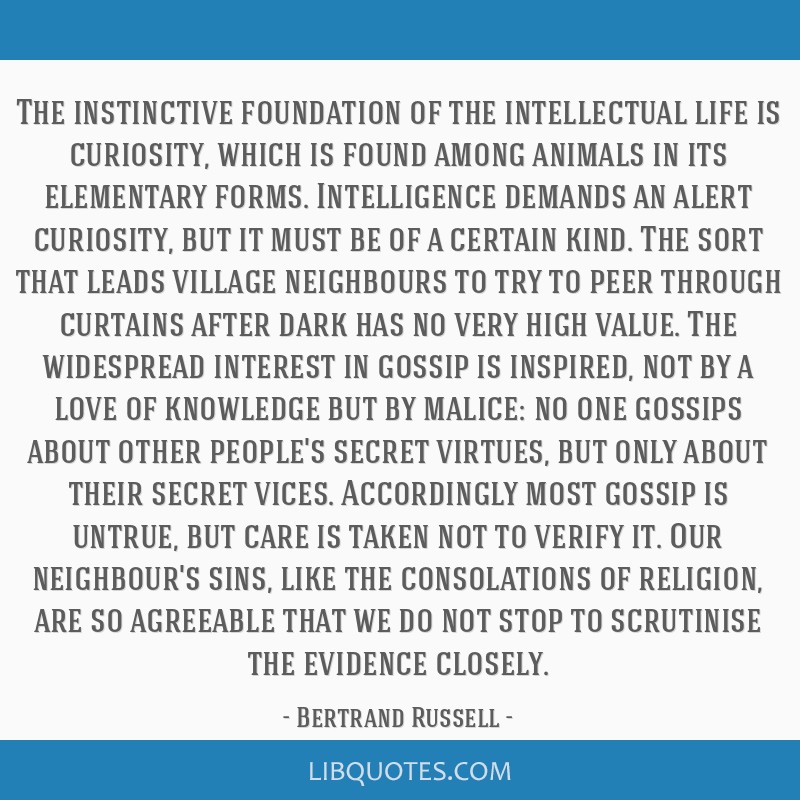 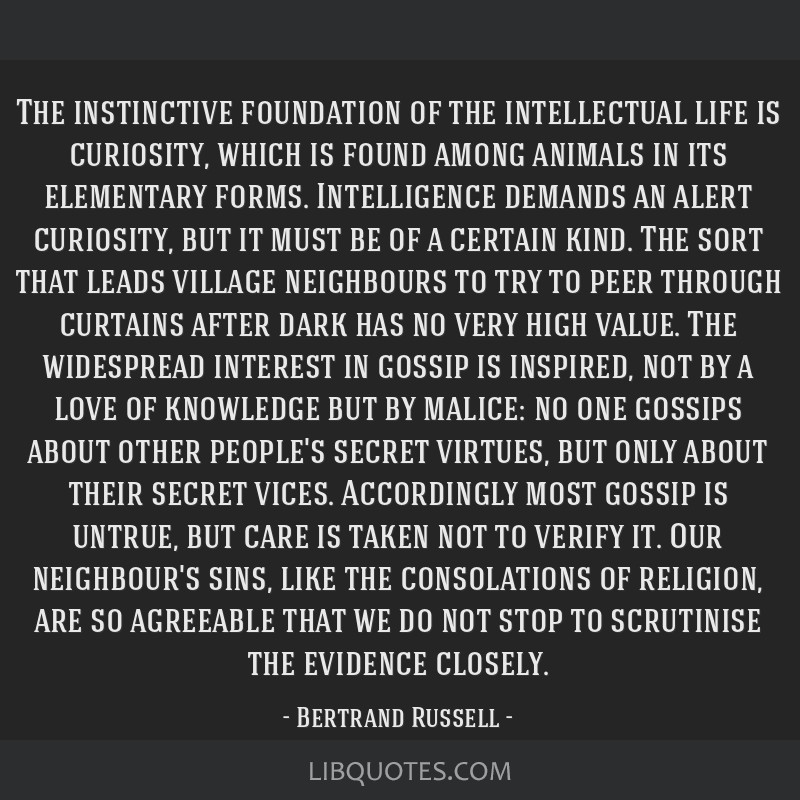