The native Jewish families in Jerusalem, as well as those in other parts of Palestine, present a marked difference to the Jews of Europe and America. They possess the same physical characteristics - the dark, oblong eye, the prominent nose, the strongly-marked cheek and jaw - but in the latter, these traits have become harsh and coarse.

The lands of the Saracens: or, Pictures of Palestine, Asia Minor, Sicily and Spain (ed. 1855) 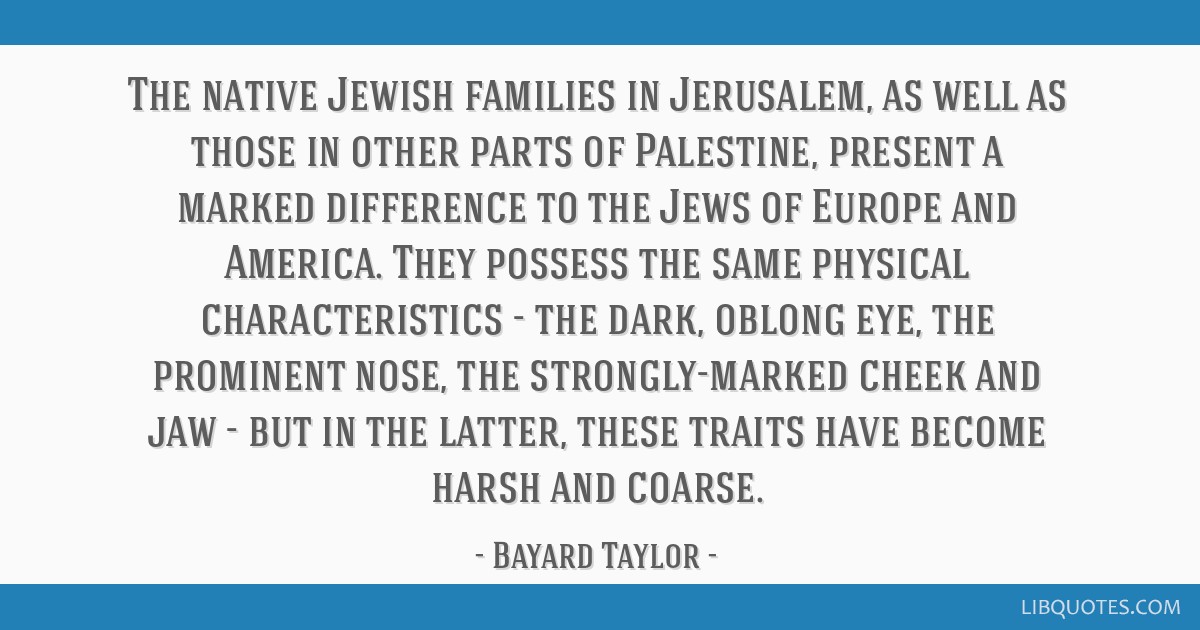 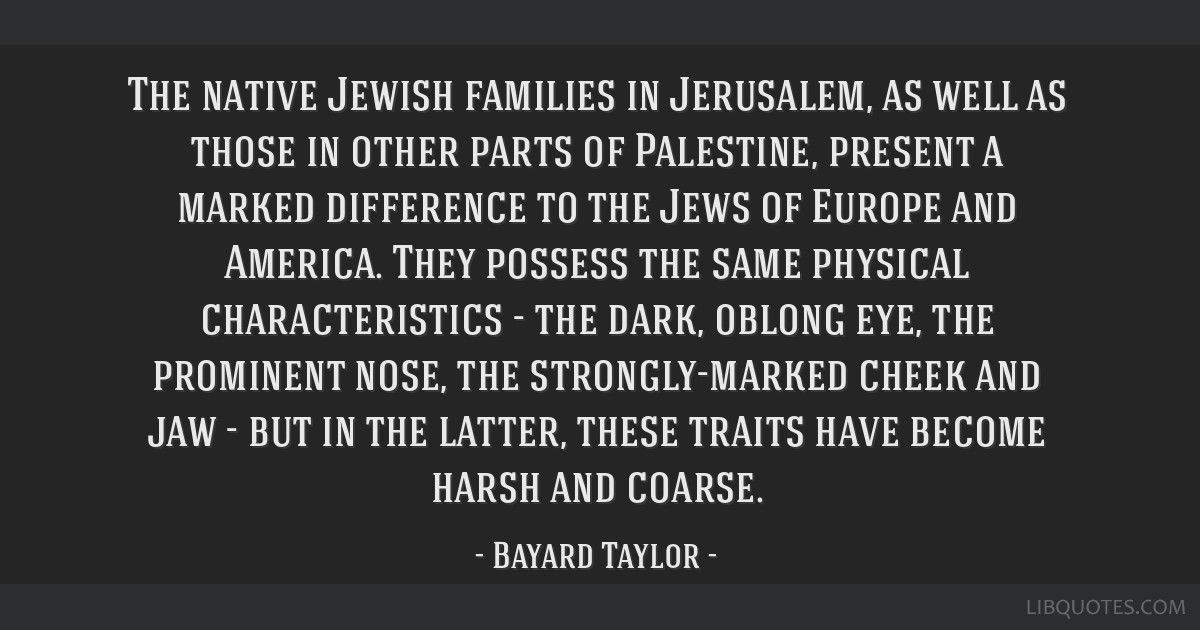 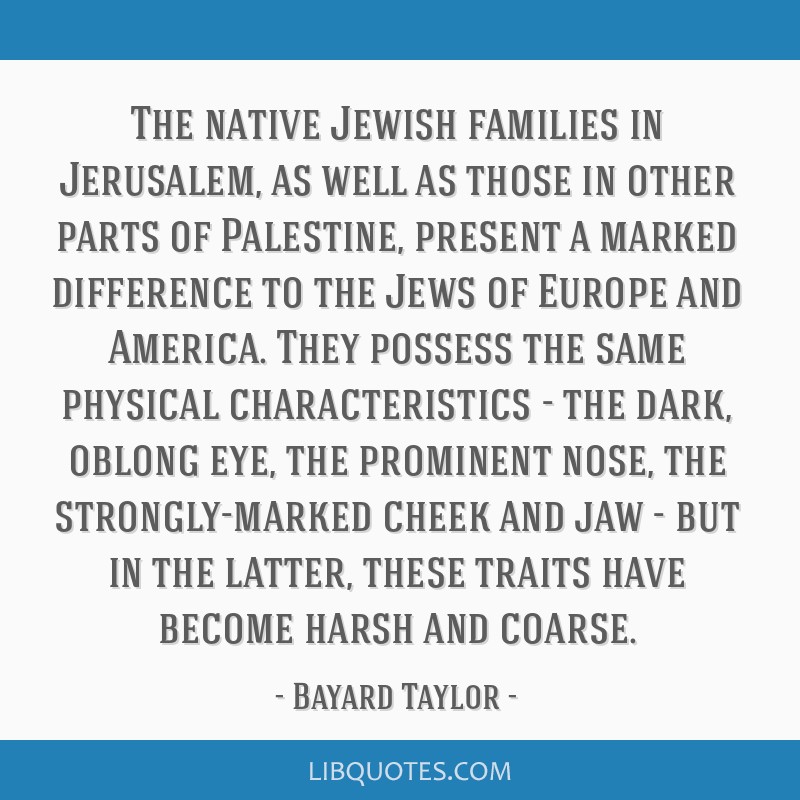 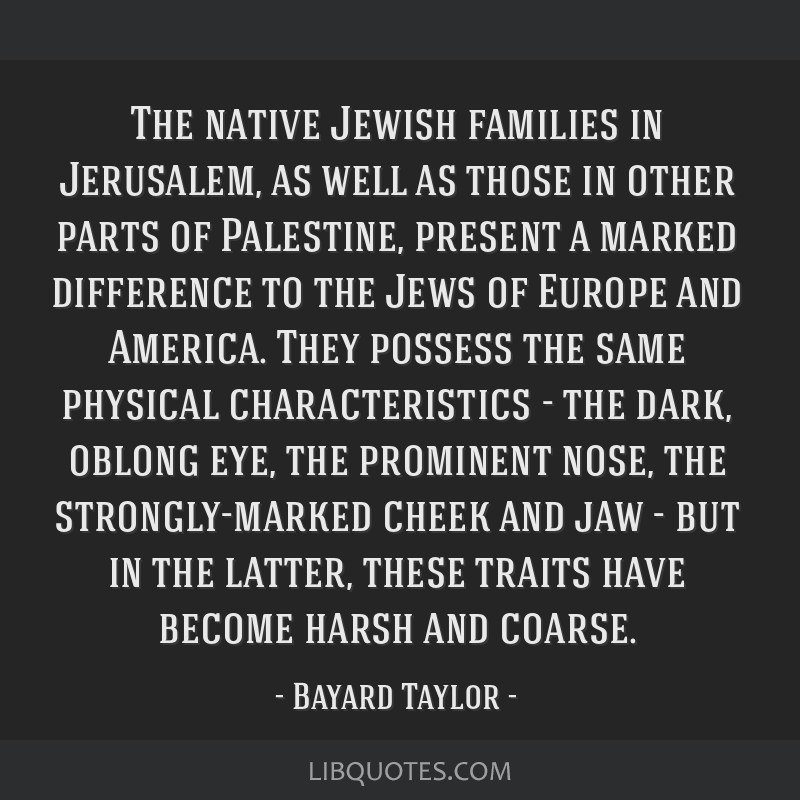 I object to being called a chess genius because I consider myself to be an all around genius who just happens to play chess, which is rather different. A piece of garbage like Kasparov might be called a chess genius, but he's like an idiot savant. Outside of chess he knows nothing.
Bobby Fischer 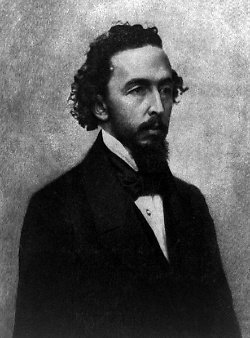