The peak of the [Presidential] campaign happened in Albuquerque, where a local reporter said to me, "Dr. Commoner, are you a serious candidate or are you just running on the issues?"

Barry Commoner
Nature is the same everywhere and what men everywhere have learned about nature, taken together, leads to knowledge far deeper than that which each man alone can learn.

Barry Commoner
We seem to be entering a new world of technology, but the vehicle which is carrying us — science — shows dangerous signs of inadequacy for the voyage ahead.

Barry Commoner
Clearly, we have compiled a record of serious failures in recent technological encounters with the environment. In each case, the new technology was brought into use before the ultimate hazards were known. We have been quick to reap the benefits and slow to comprehend the costs.

Barry Commoner
The freedom to choose his own problem is often the scientist's most precious possession.

Barry Commoner
Perhaps the simplest example is a synthetic plastic, which unlike natural materials, is not degraded by biological decay. It therefore persists as rubbish or is burned-in both cases causing pollution. In the same way, a substance such as DDT or lead, which plays no role in the chemistry of life and interferes with the actions of substances that do, is bound to cause ecological damage if sufficiently concentrated.

Barry Commoner
Science can reveal the depth of this [political] crisis, but only social action can resolve it. Science can now serve society by exposing the crisis of modern technology to the judgment of all mankind. Only this judgment can determine whether the knowledge that science has given us shall destroy humanity or advance the welfare of man.

Barry Commoner
The separation of the laws of nature among the different sciences is a human conceit; nature itself is an integrated whole.

Barry Commoner
Science is triumphant with far-ranging success, but its triumph is somehow clouded by growing difficulties in providing for the simple necessities of human life on the earth.

Barry Commoner
The environmental crisis is a sign that the ecosphere is now so heavily strained that its continued stability is threatened. It is a warning that we must discover the source of this suicidal drive and master it before it destroys the environment-and ourselves. 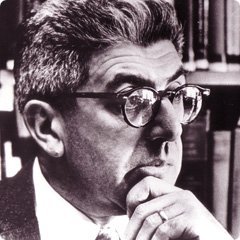 Born: May 28, 1917
Died: September 30, 2012 (aged 95)
Bio: Barry Commoner was an American biologist, college professor, and politician. He was a leading ecologist and among the founders of the modern environmental movement. He ran for president of the United States in the 1980 U.S.
Known for: