Treating women as second-class citizens is a bad tradition. It holds you back. There's no excuse for sexual assault or domestic violence. There's no reason that young girls should suffer genital mutilation. There's no place in civilized society for the early or forced marriage of children. These traditions may date back centuries; they have no place in the 21st century. These are issues of right and wrong — in any culture. But they're also issues of success and failure. Any nation that fails to educate its girls or employ its women and allowing them to maximize their potential is doomed to fall behind in a global economy.

Remarks to the Kenyan People (July 2015) 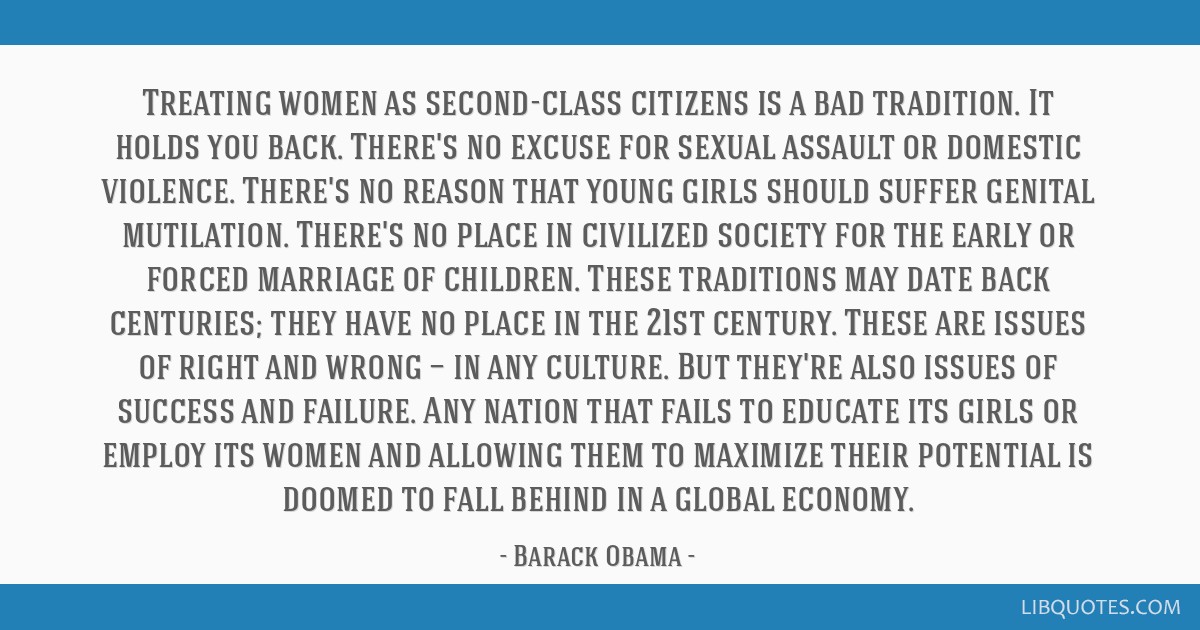 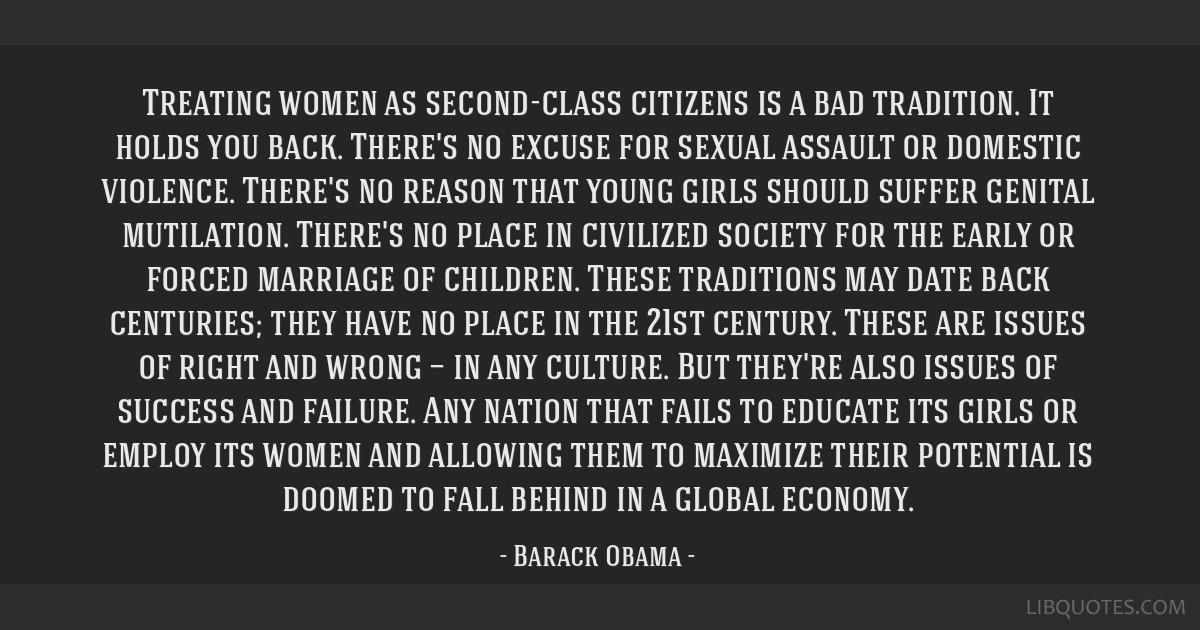 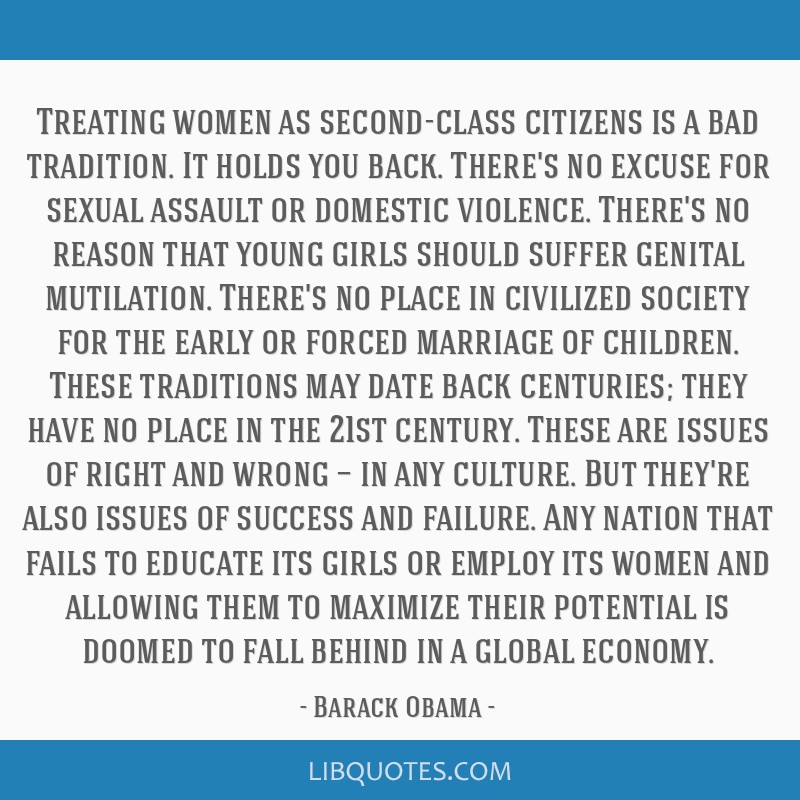 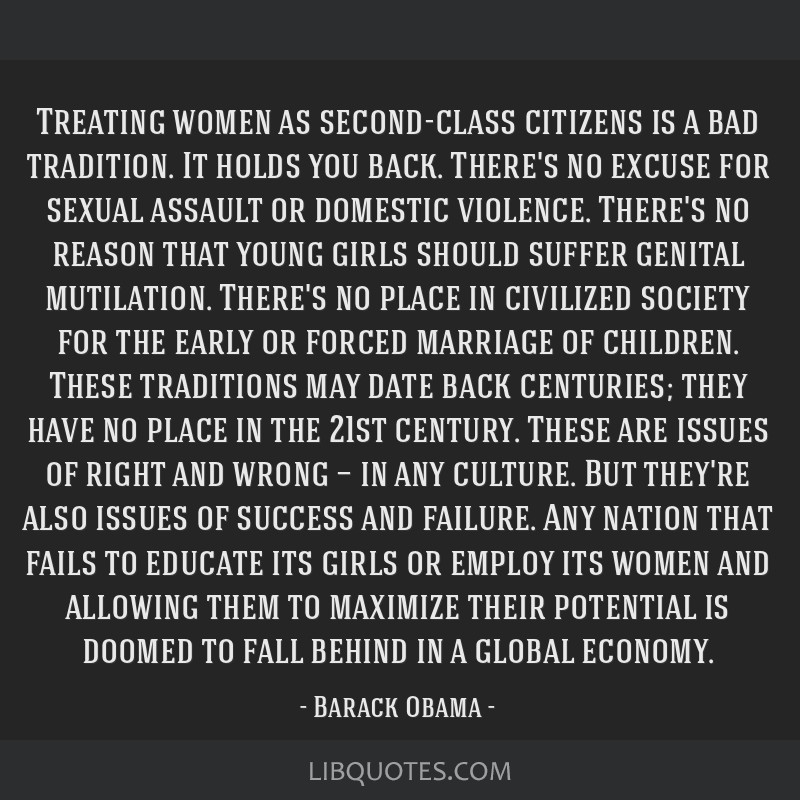