Historically, a successful life in comedy is a dream that's as equally pondered and unpursued as being an astronaut.

Artie Lange
When you did impressions on 'MADtv,' the producers gave you a Walkman that played huge sections of whatever movie was being parodied, with your character's catchphrases recorded on a loop. You'd wear this thing around during rehearsals and for a week listen to the voice you had to impersonate over and over again. It drove all of us crazy.

Artie Lange
When I was a kid, I was into The New York Jets. And then I got into girls as I got older, and then I got back into the Jets because I'd realized there's times when the girl won't fuck you, but the Jets will always fuck you. 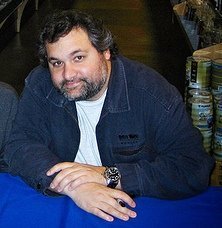