There are eleven Commandments just in Exodus 20, and that list continues into the next three chapters, with many being ethnospecific and limited to the regional currency of sheep and shekels. It wasn't even relevant then and it has no parallel in the American legal system now, especially since we've freed the slaves, allowed women their own agency, and defied the Commandments by rejecting theocracy, permitting freedom of religion and prohibiting discrimination on the basis of race, creed or national heritage. 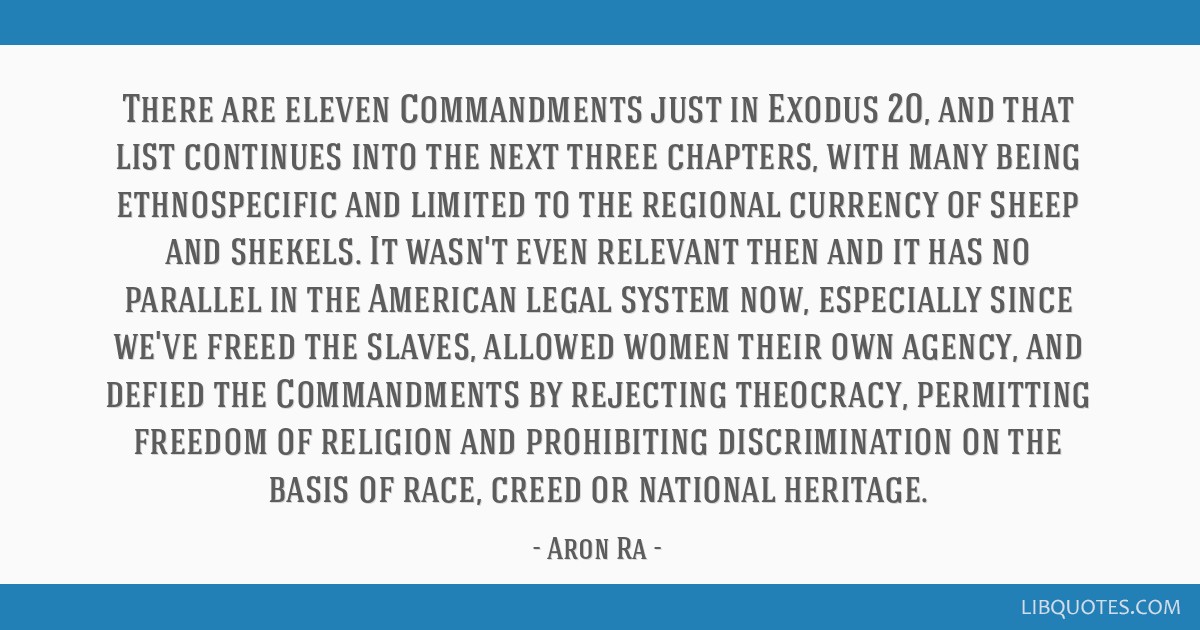 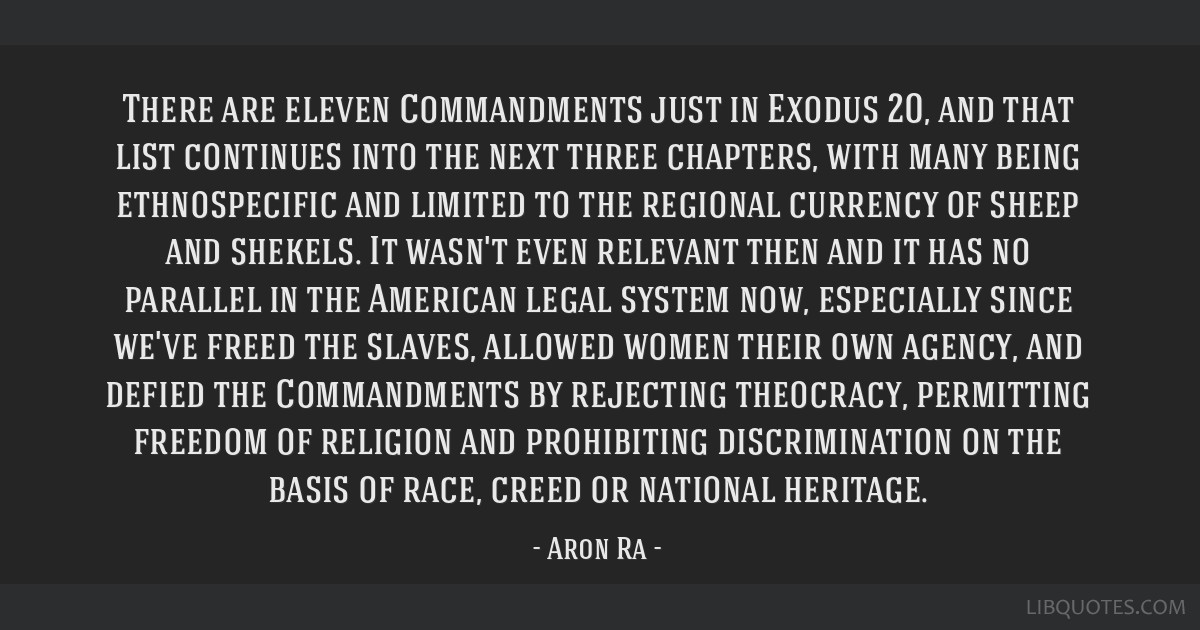 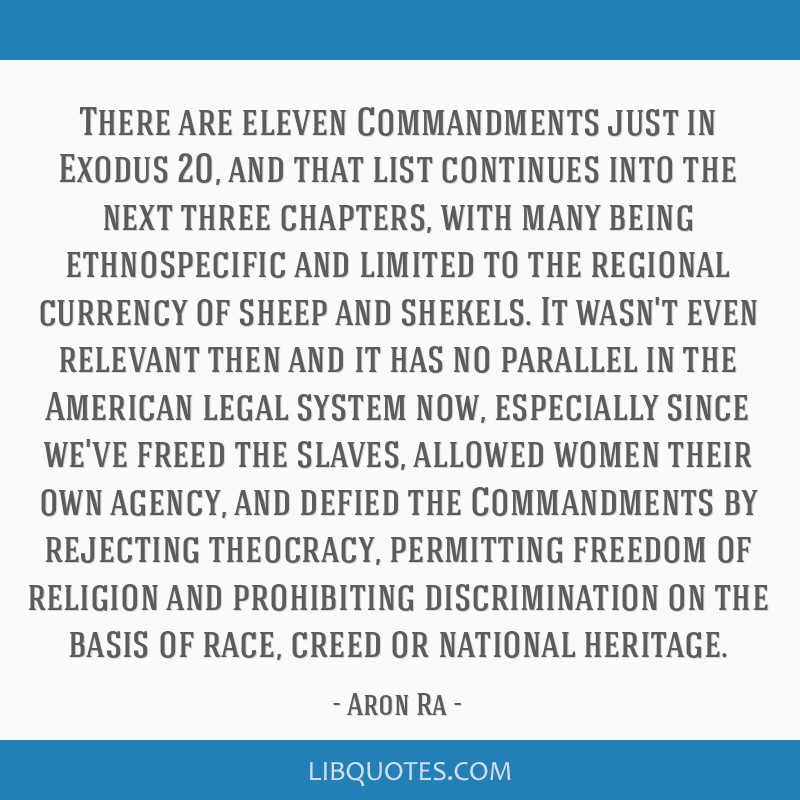 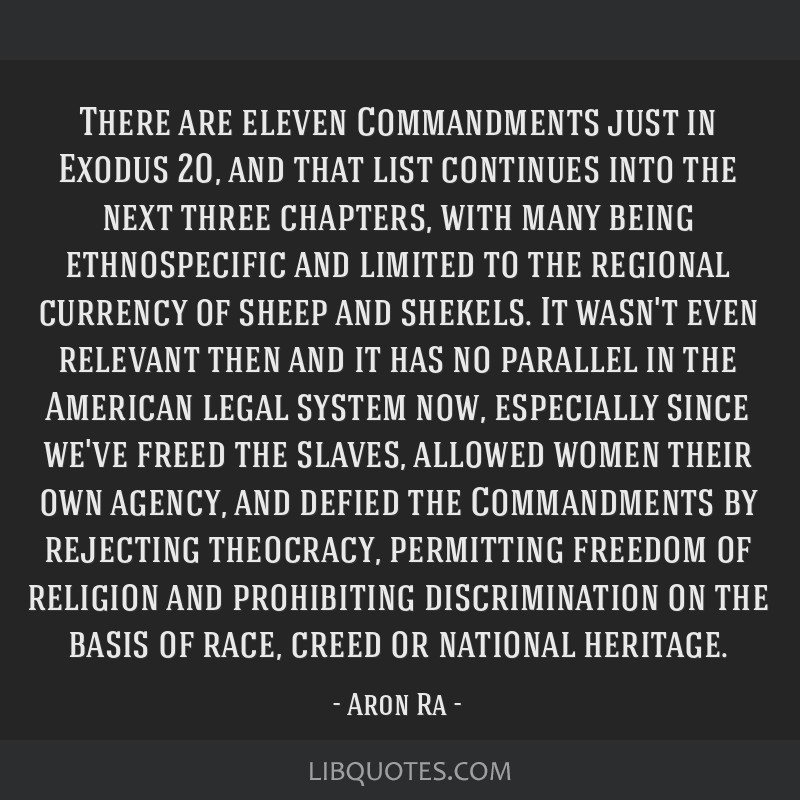