The Ten Commandments weren't historical. They're mythical, because they never existed and neither did Moses, neither does God; none of that is evidently real. Even rabbinical scholars now admit a consensus among archaeologists that the Exodus never happened, because the Hebrews were never enslaved in Egypt the way the Bible describes. Moses's childhood river arc was taken from the Saga of Sargon, and the parting of the Red Sea was adapted from the legend of an Egyptian pharaoh from an earlier millennium [Snefru and Djadjamankh]. Belief in the Ten Commandments never changed anything for the better either; most of the believers professing to promote them can't even recite them, and never knew what they meant. 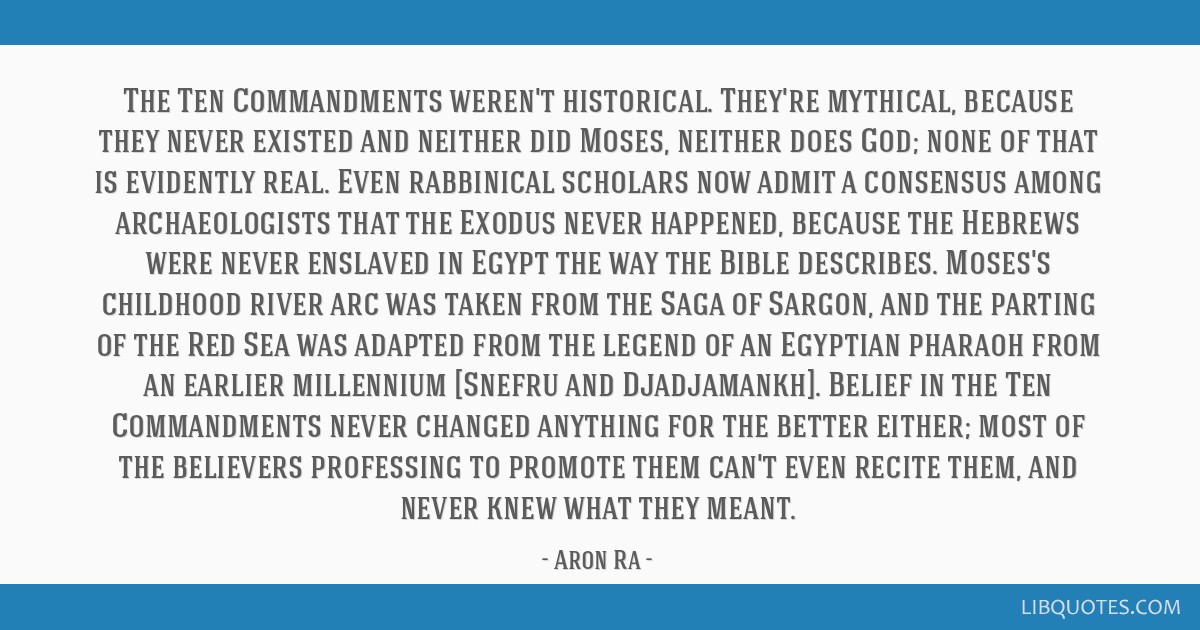 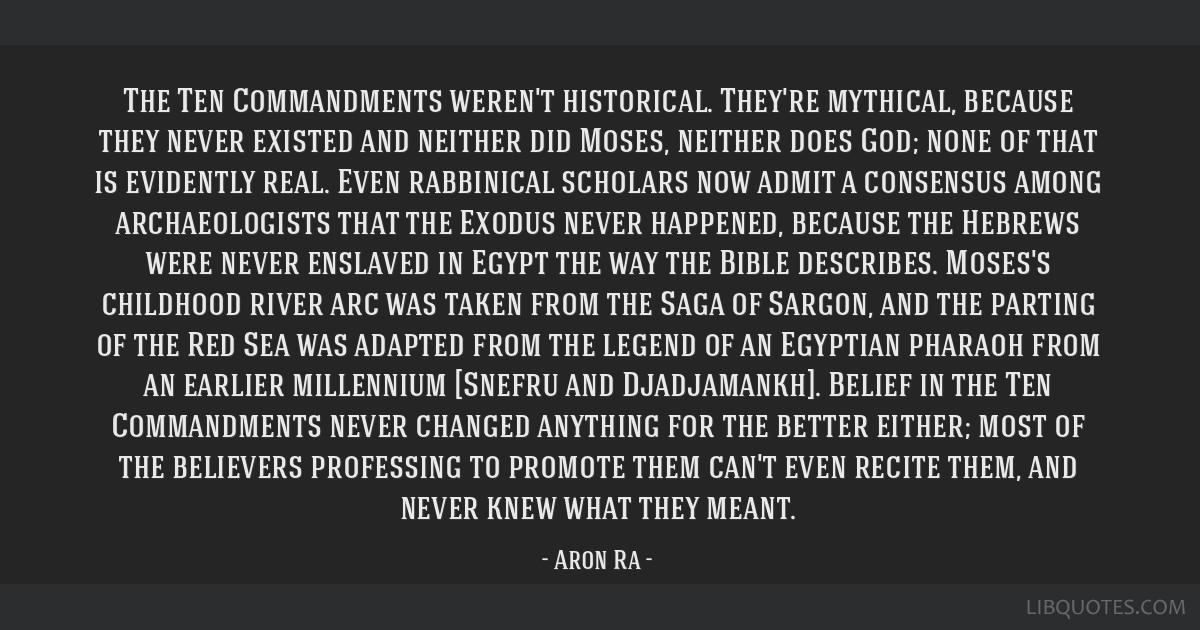 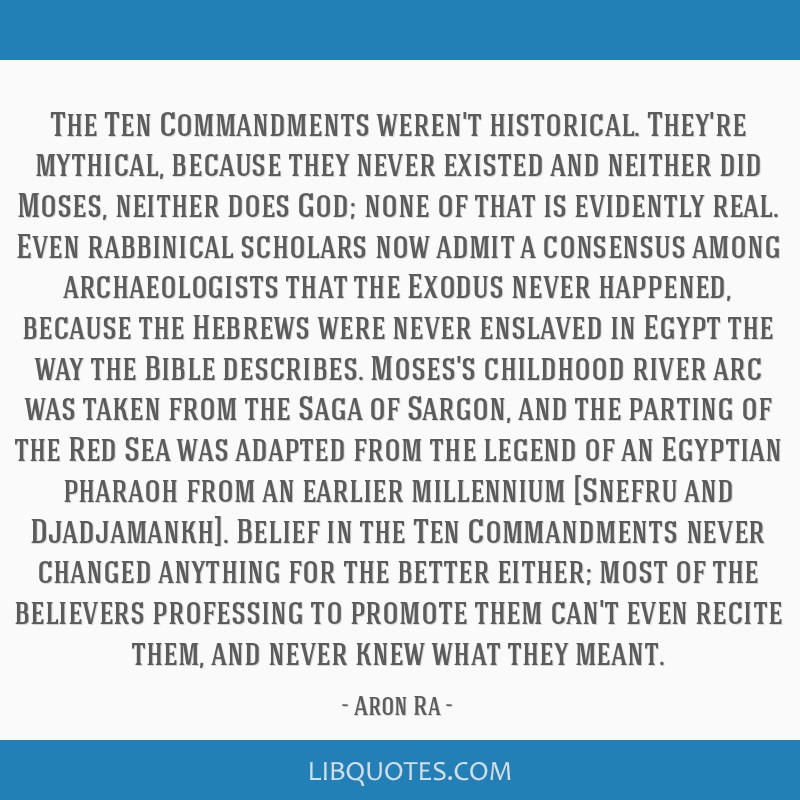 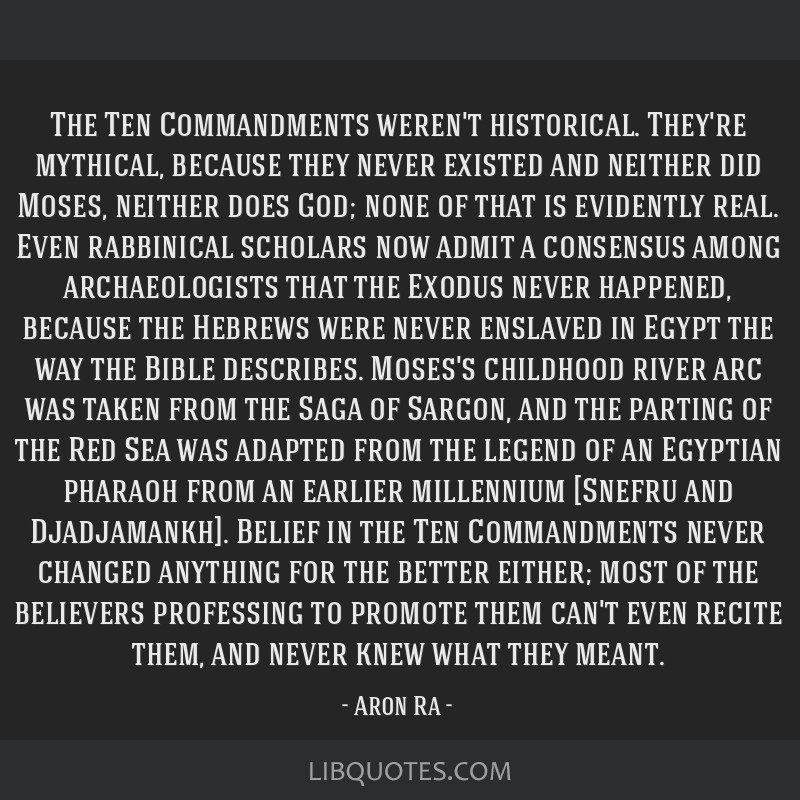