According to mainstream non-religious sources, a fool is one who too readily accepts improbable assertions from questionable sources on insufficient evidence. So it is no wonder that the Bible and the Qur'an both use the opposite definition, so that the wise are called foolish and only fools are wise. By definition, one would have to be a fool to be fooled by either book. As for putting things right, the only way to do that is to identify unsupported assertions and examine what the facts really indicate, and that always goes against faith. 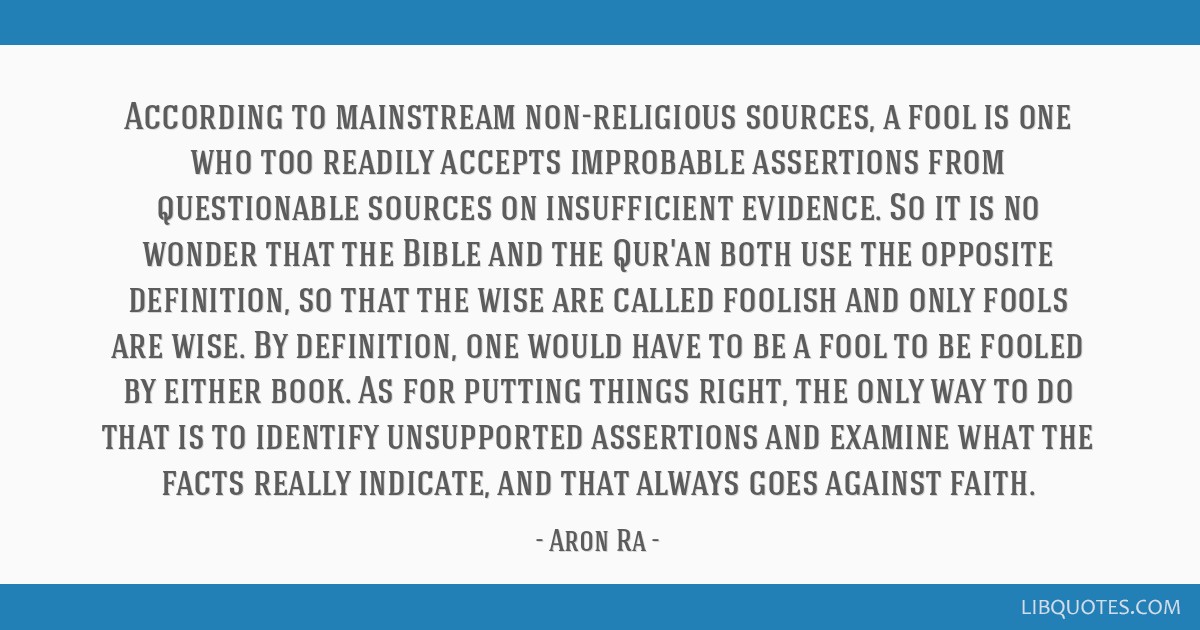 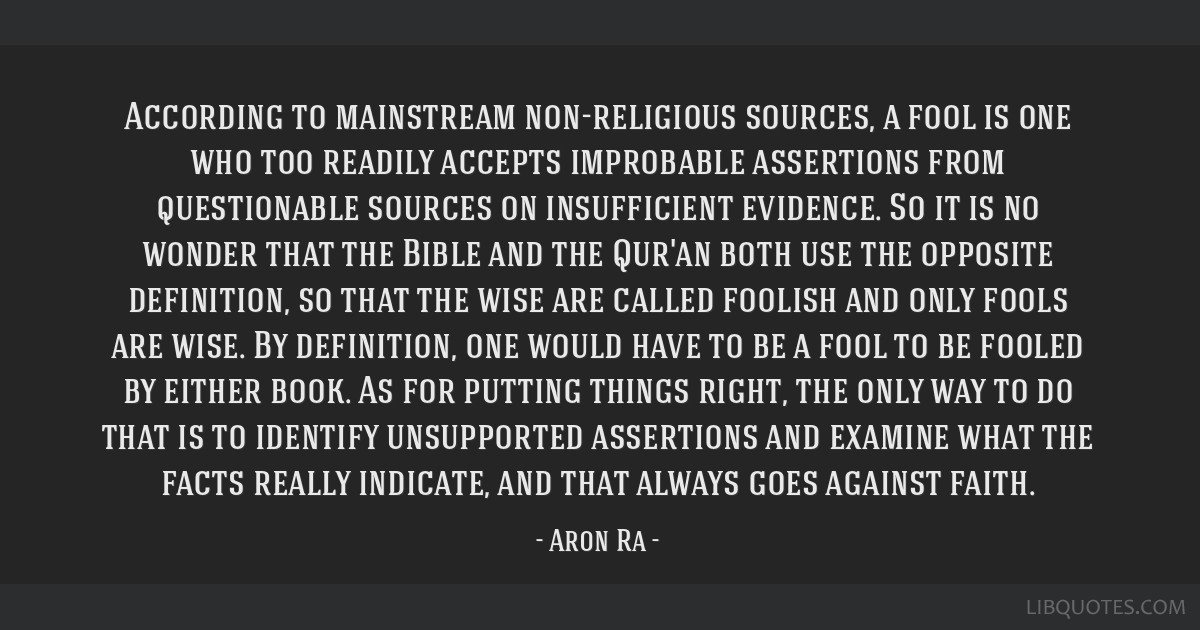 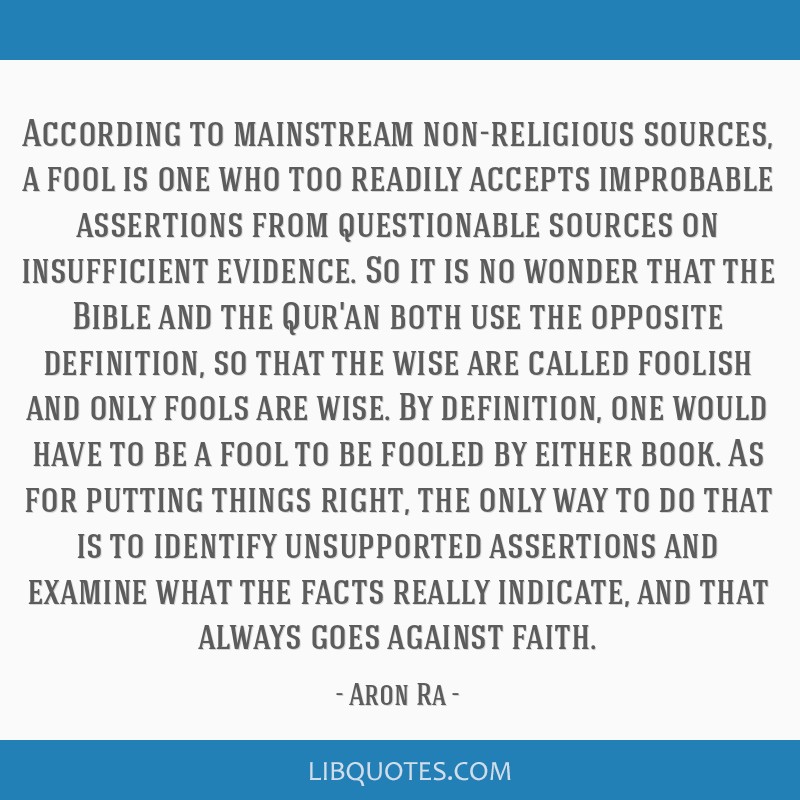 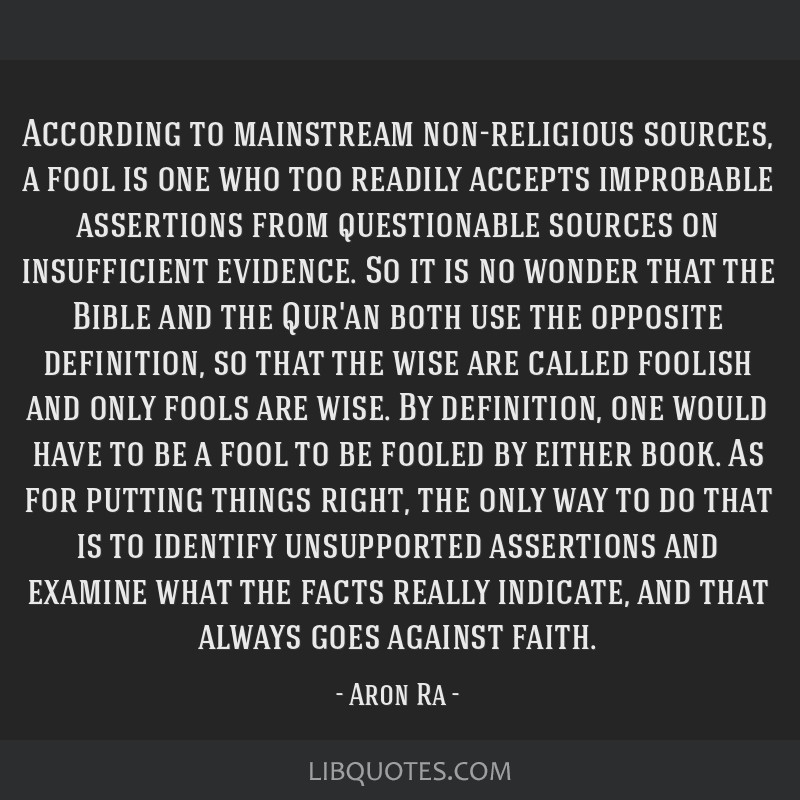