Do you think it inconsistent for someone who lacks belief in the stork to object when public schools teach middle schoolers that that's where babies come from? Likewise no history class should ever confuse students by playing any movie with Mel Gibson's name in the credits, because they're wrong, and it's wrong to mislead students. It would be inconsistent for one who loves and seeks knowledge of truth not to object to lies or challenge liars. Everything religion teaches is wrong. Although public schools are not teaching about the stork, some of them are teaching creationism, which is just as demonstrably absurdly wrong; In either case, it's a criminal immoral disservice, and should be corrected. 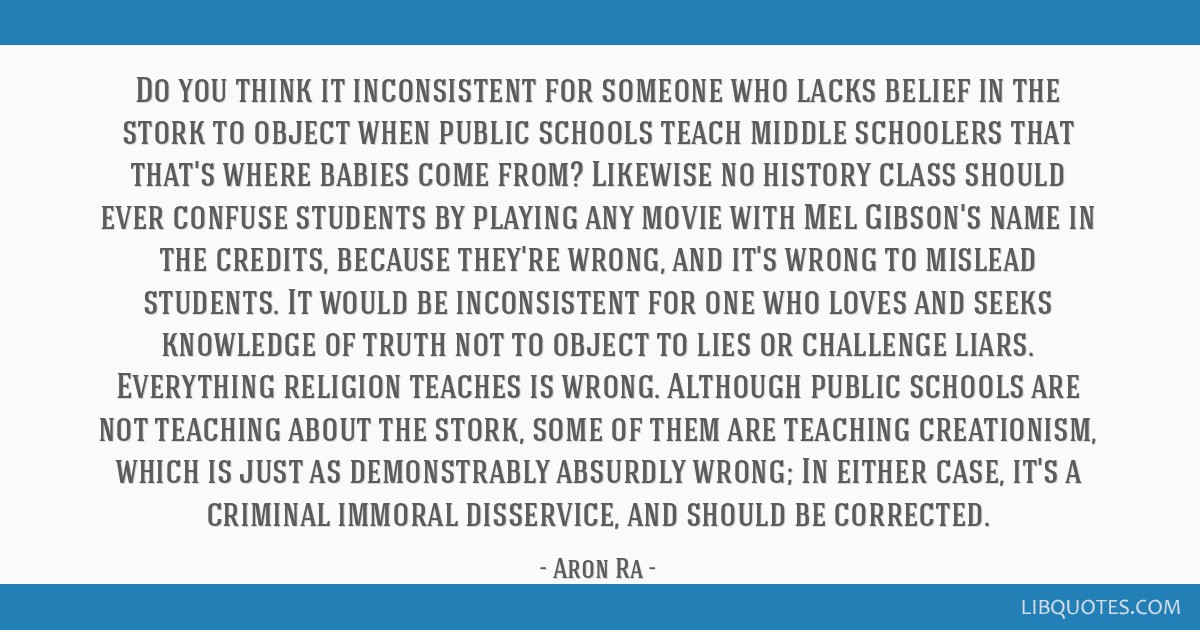 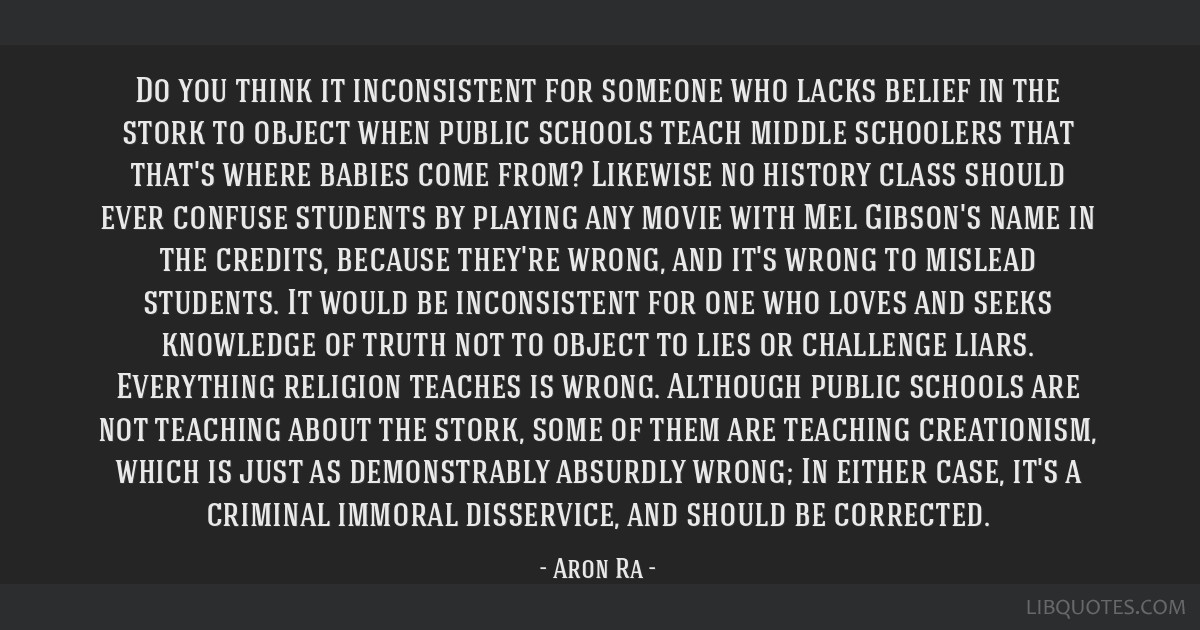 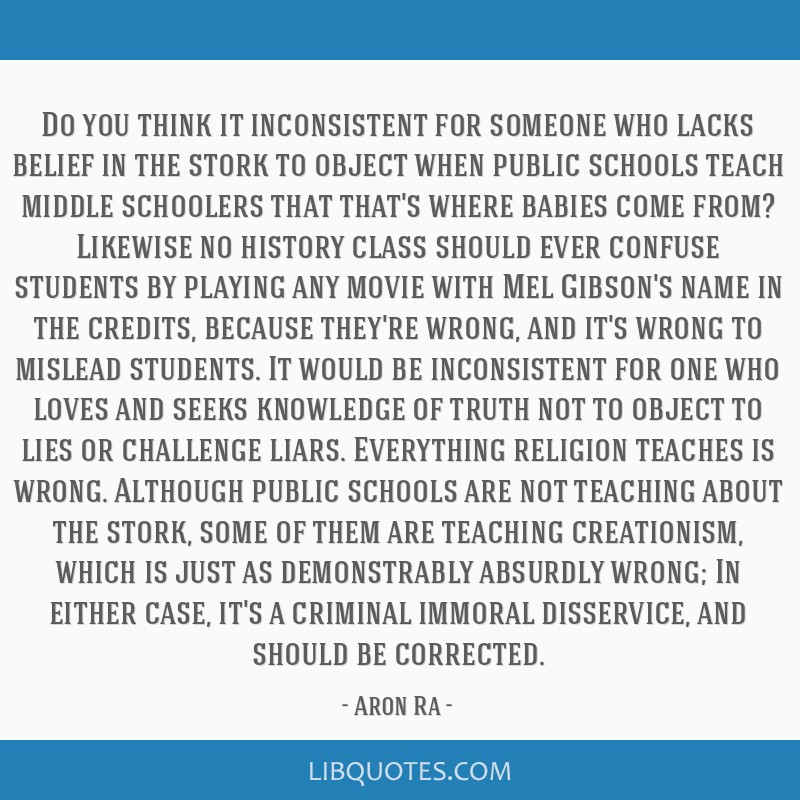 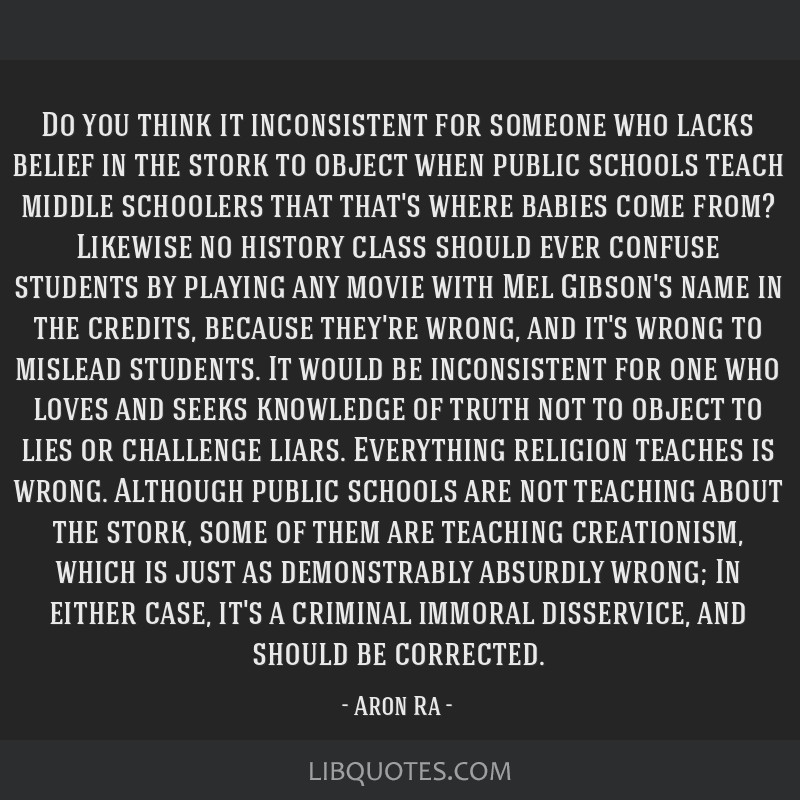