The story of the Ten Commandments is clearly based on the earlier story of the law code of Hammurabi, which was a better list and actually existed in real history centuries before the legends now attributed to Moses. Since then, people have come up with better documents like the Magna Carta and the U. S. Constitution. These are better, largely because they stand against what [the] Commandments represent; giving power to the people instead of indomitable despots. 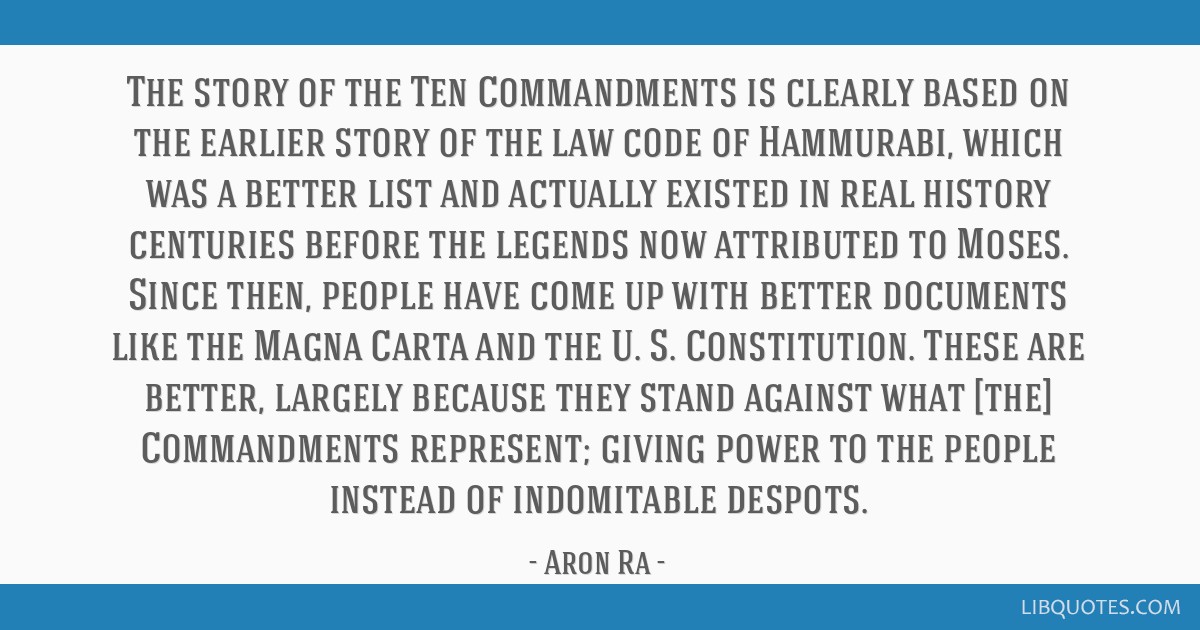 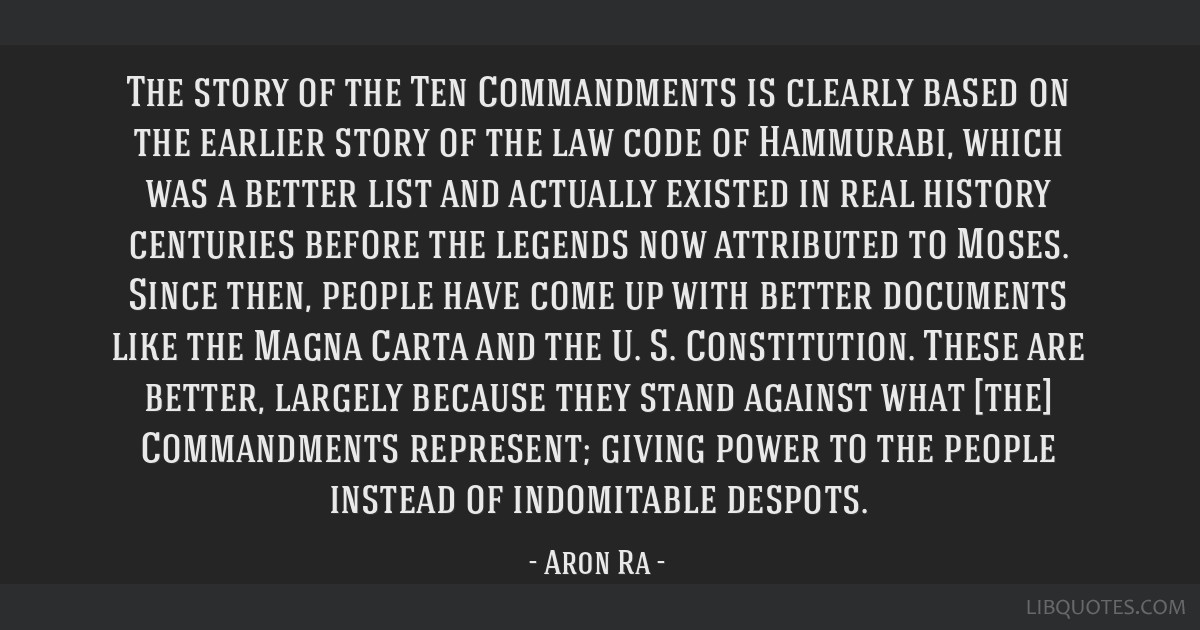 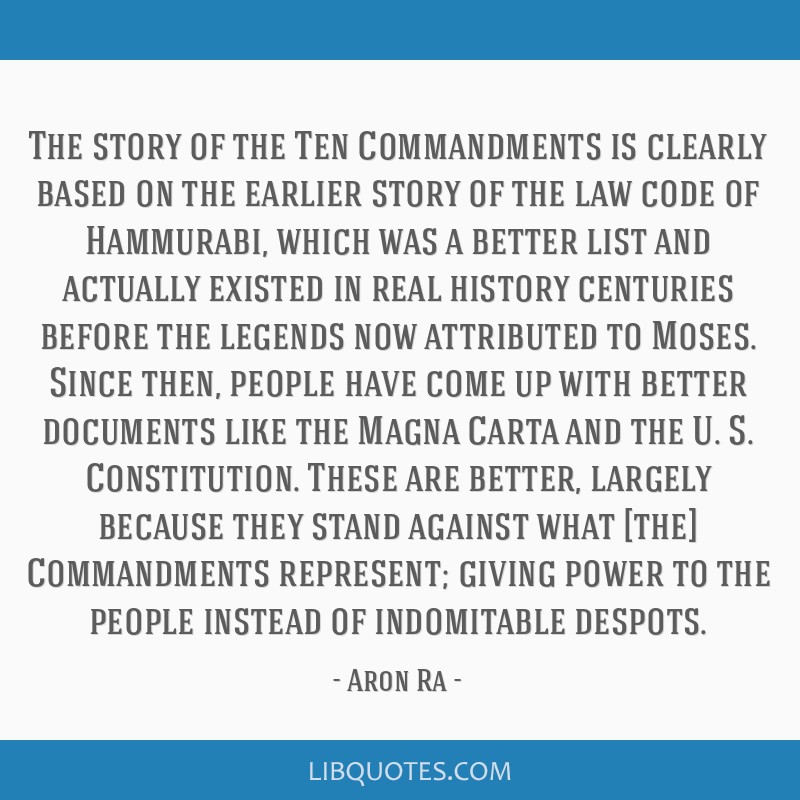 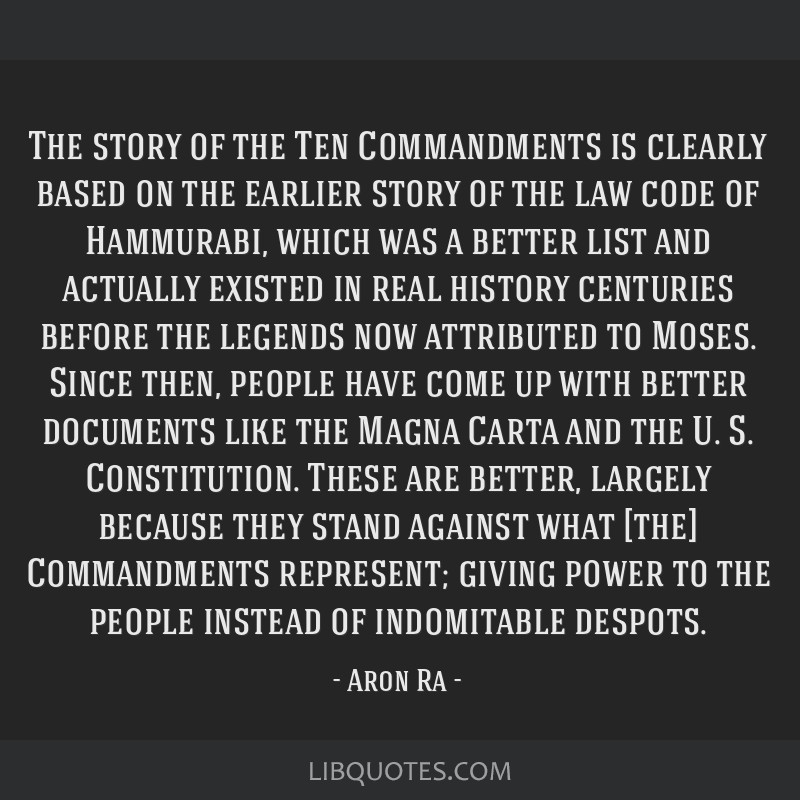