Even before computers existed, we already knew that natural selection can, -and often will- produce results which look like trial-and-error experiments, including elements of seemingly-intentional fine tuning. But for all the implications of apparent design, there is never any indication of any intended goal or final product, nor any hint of infallibility on the part of the designer. In fact, so many errors of so many types are known that even if there was an unnatural architect using miraculous means instead of natural ones, then it seems that entity must either be blind and barely competent, or there are whole teams of designers working on separate lines competing against each other. 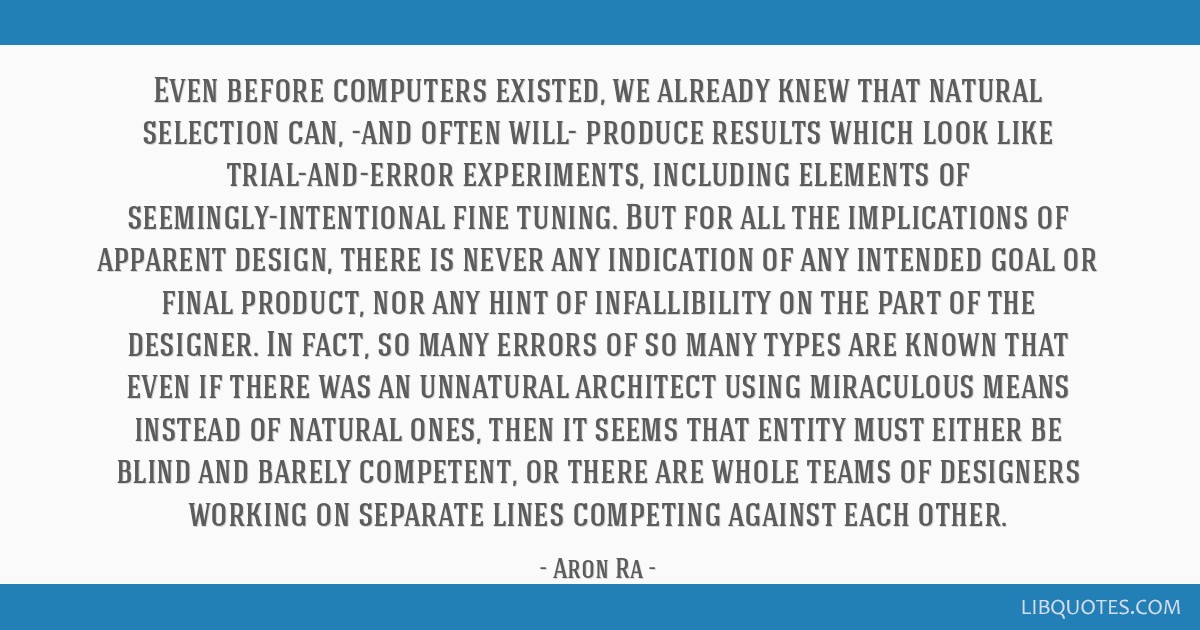 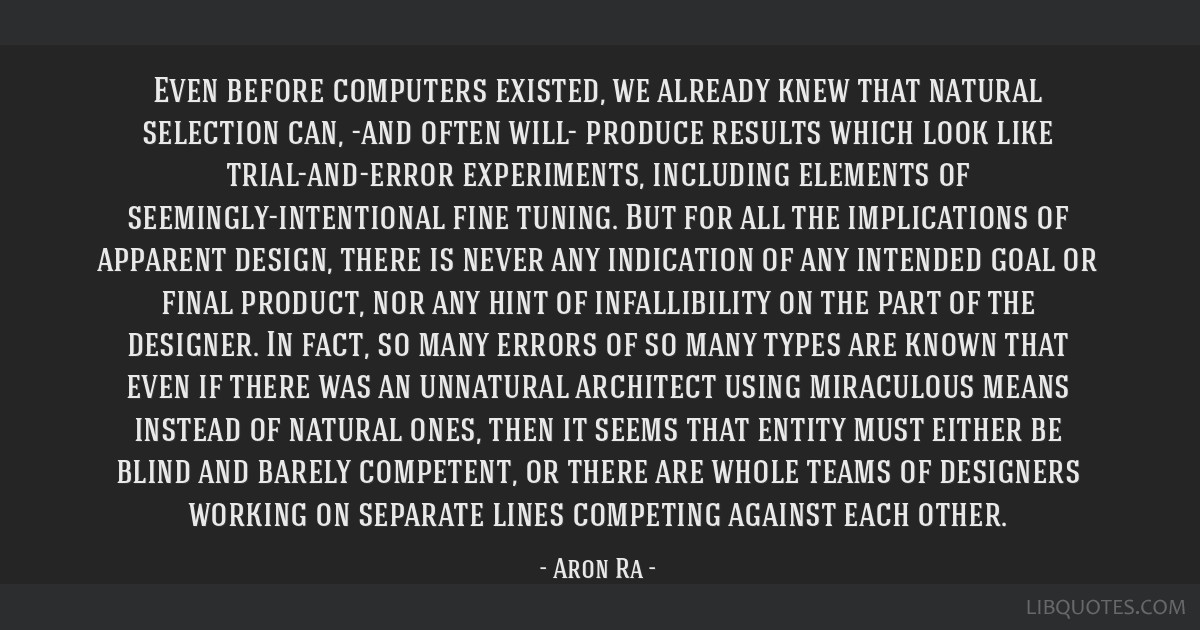 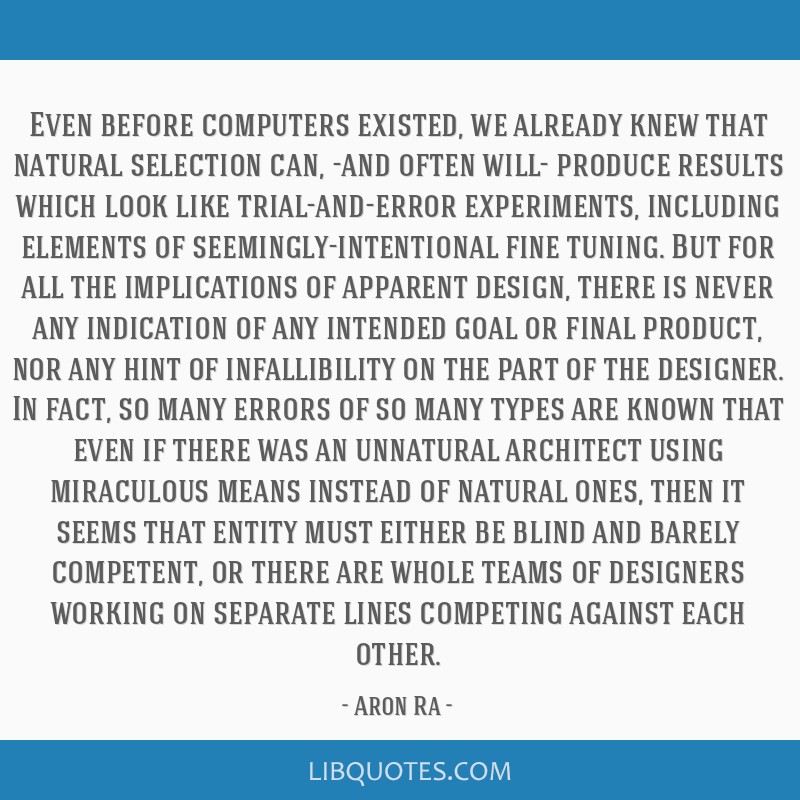 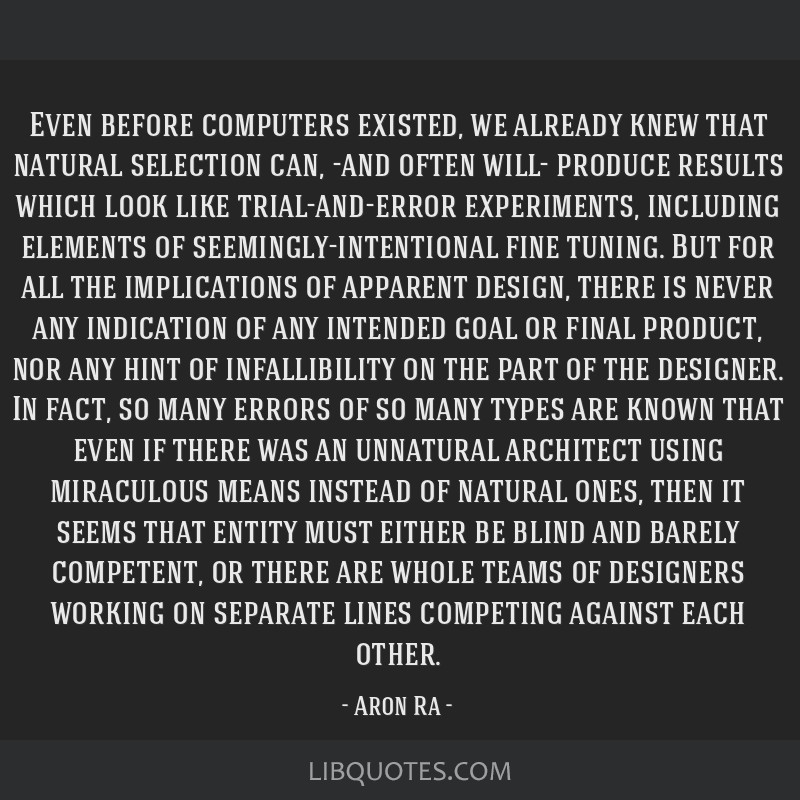 A kiss, when all is said, what is it? An oath sworn nearer by; a promise made With greater certainty; a vow which seeks To make itself more binding; a rosy dot Placed on the i in loving; 'tis a secret Told to the mouth instead of to the ear.
Edmond Rostand