And what is an authentic madman? It is a man who preferred to become mad, in the socially accepted sense of the word, rather than forfeit a certain superior idea of human honor. So society has strangled in its asylums all those it wanted to get rid of or protect itself from, because they refused to become its accomplices in certain great nastinesses. For a madman is also a man whom society did not want to hear and whom it wanted to prevent from uttering certain intolerable truths. 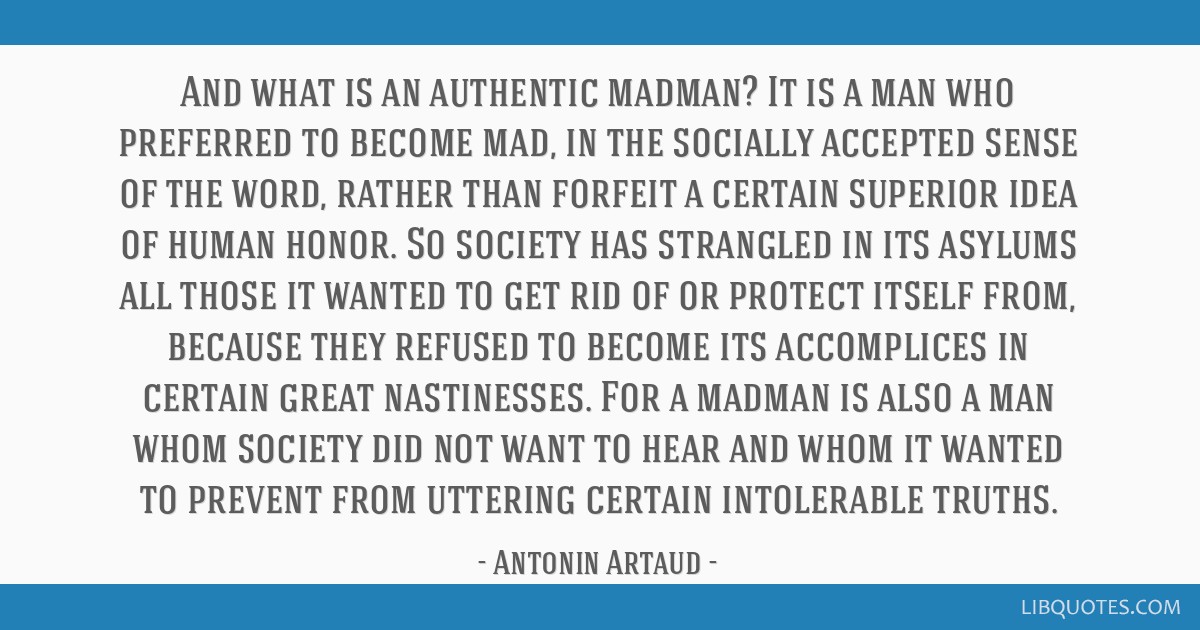 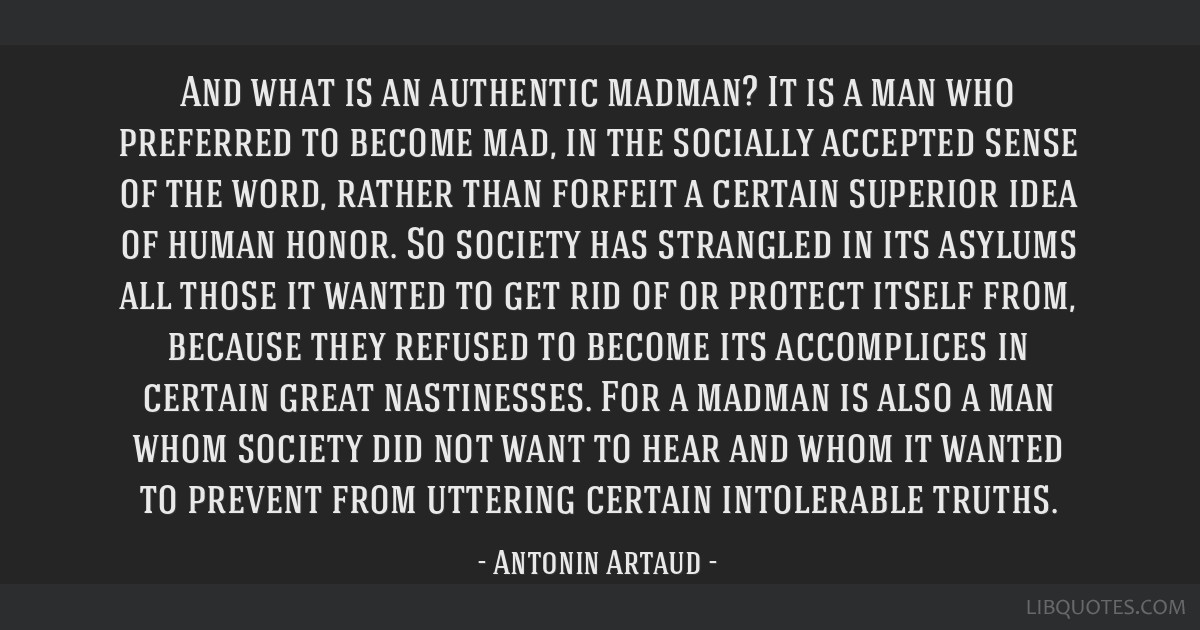 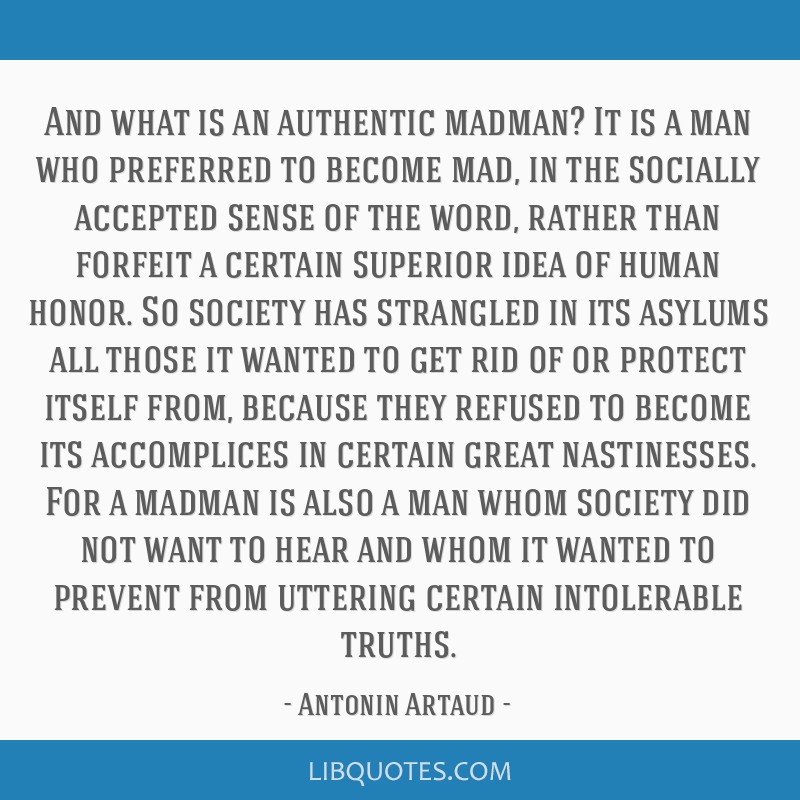 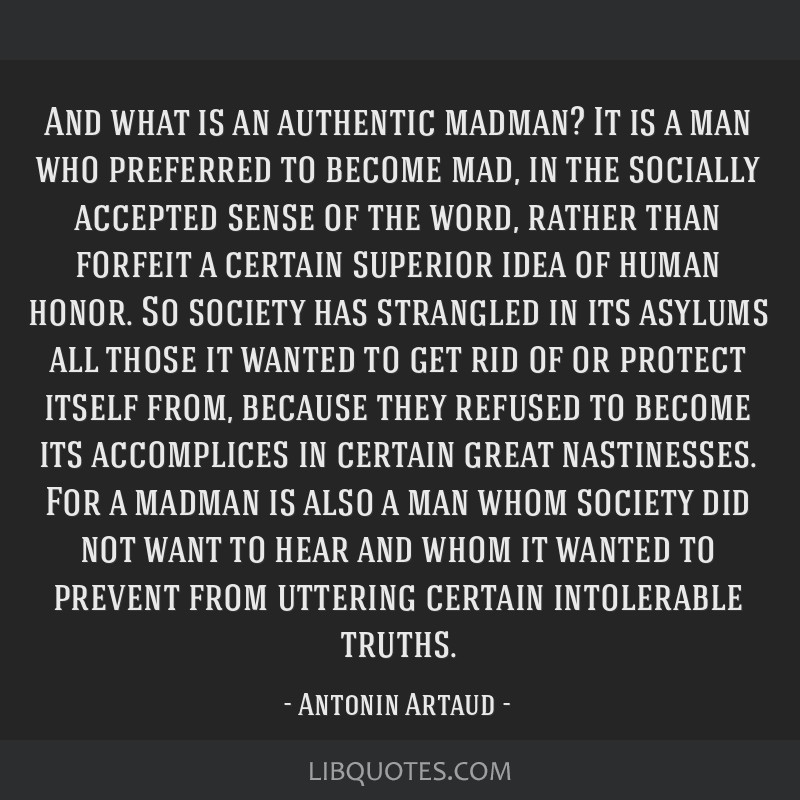 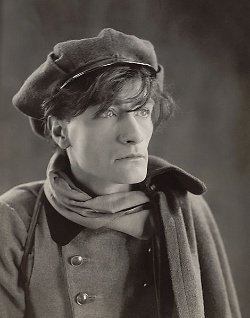