It is only when parental feelings are ineffective or too ambivalent or when the mother's emotions are temporarily engaged elsewhere that children feel lost. 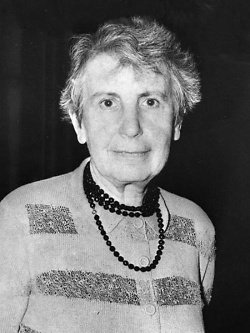 Creative Commons
Born: December 3, 1895
Died: October 9, 1982 (aged 86)
Bio: Anna Freud was an Austrian-British psychoanalyst. She was the 6th and last child of Sigmund Freud and Martha Bernays. She followed the path of her father and contributed to the field of psychoanalysis.
Known for: