The Scots deserve no pity, if they voluntarily surrender their united and separate interests to the mercy of an united Parliament, where the English have so vast a majority…their 45 Scots members may dance round to all eternity, in this trap of their own making.

State of the Controversy betwixt United and Separate Parliaments (1706) 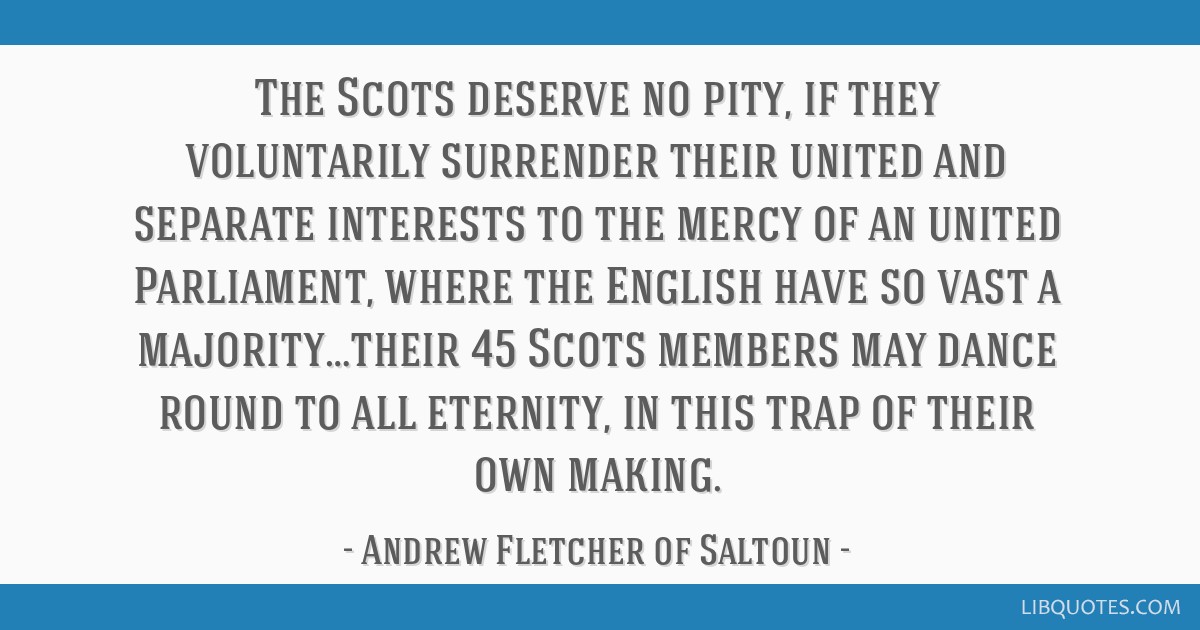 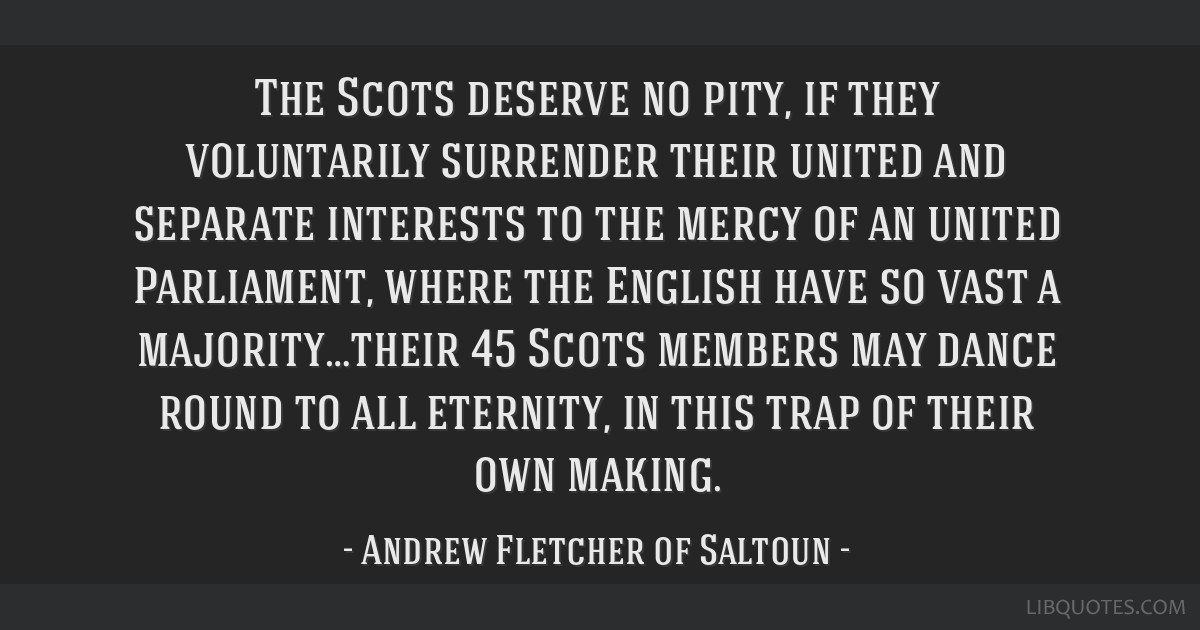 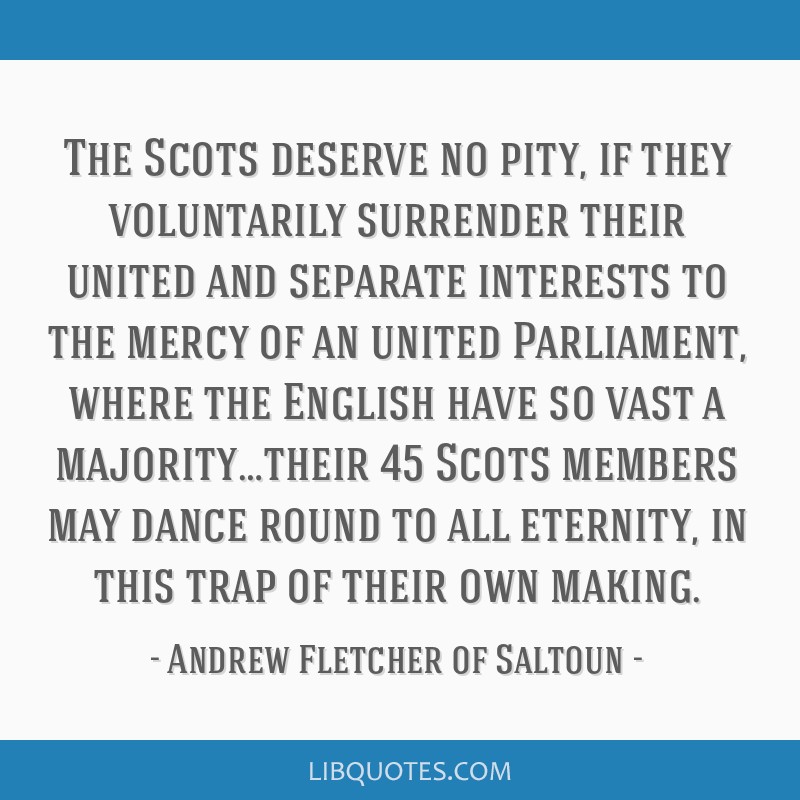 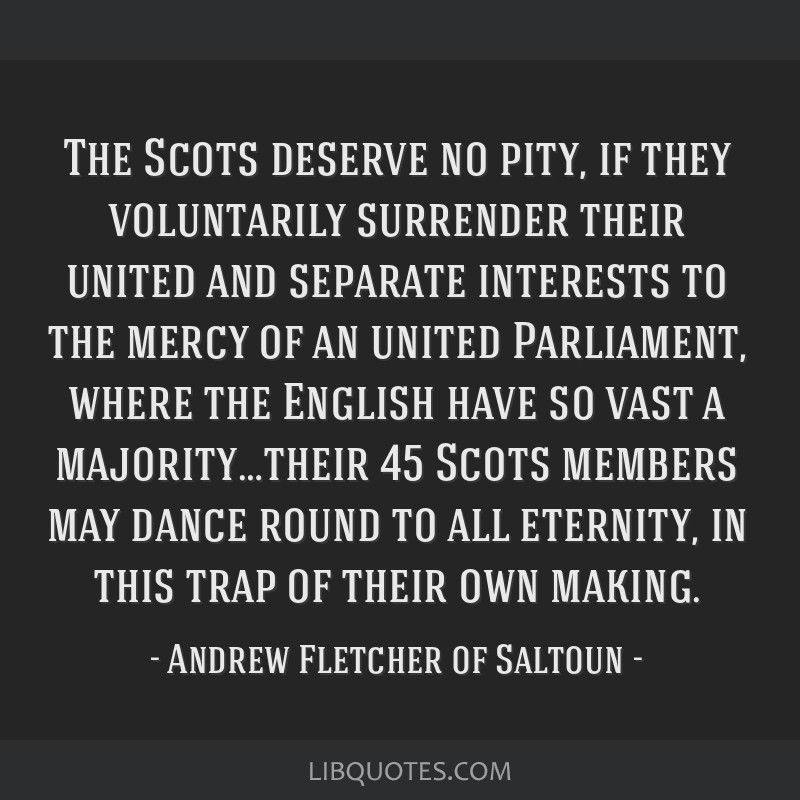 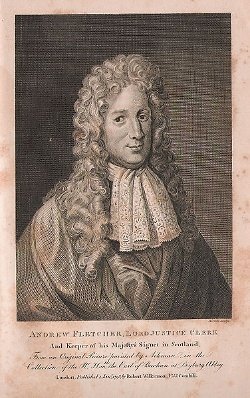