These guys calling for Sharia law and marching up the Edgware Road are going to cause havoc whatever happens. Syria is just an excuse for them. Those who use Assad to attack Shias in this country, you say to them, why not speak out against Saudi and Qatar? Saudi is the least democratic country on Earth.

On the the British Islamists
Ammar Nakshawani 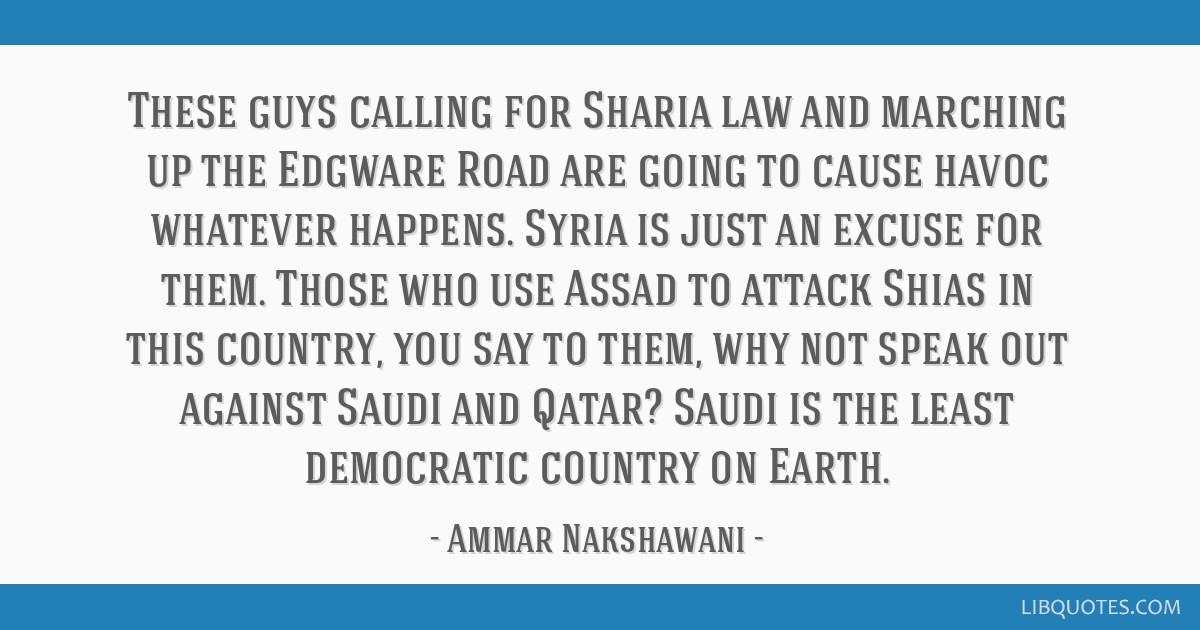 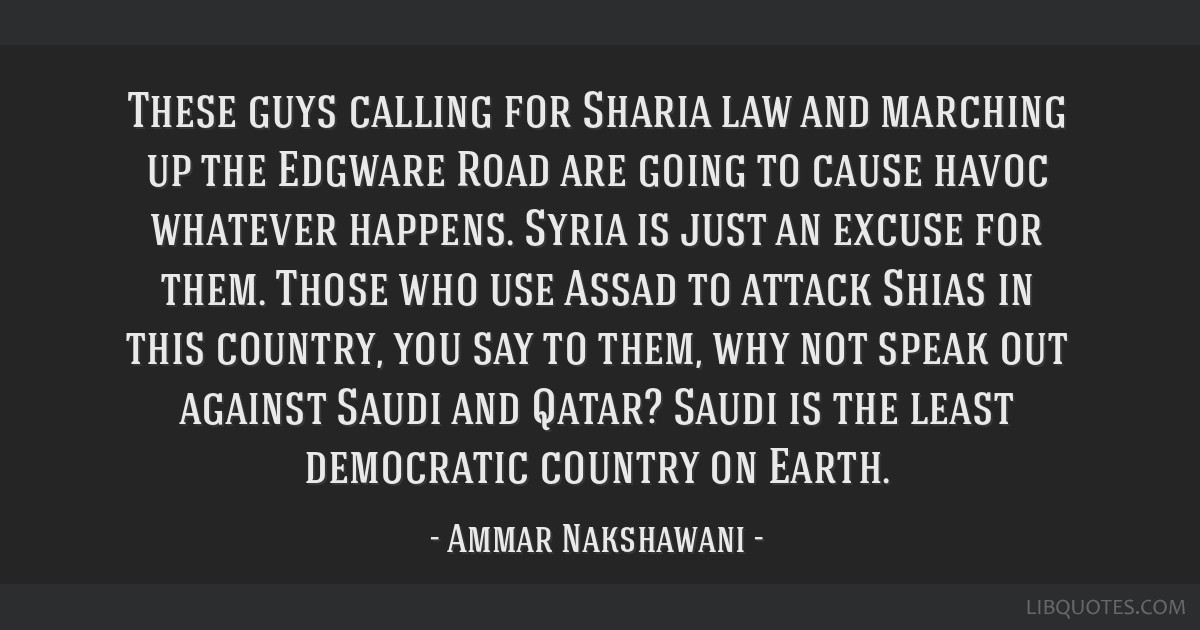 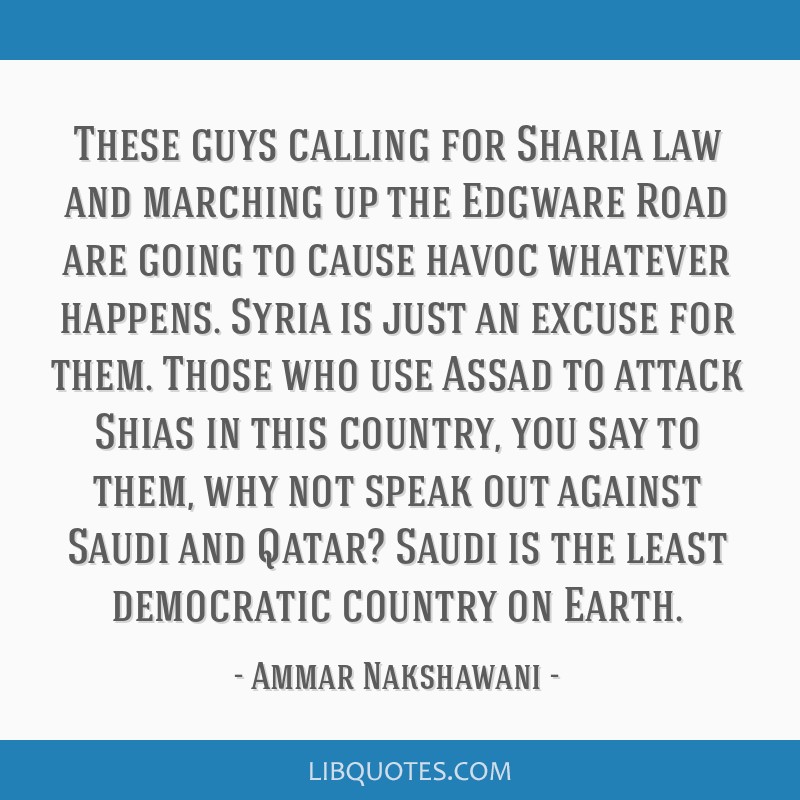 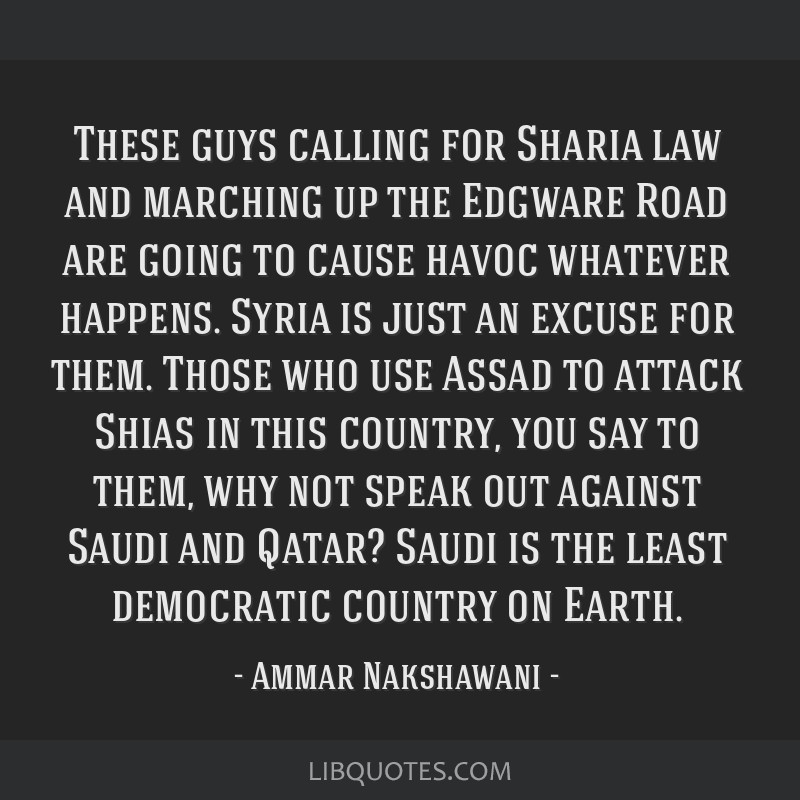 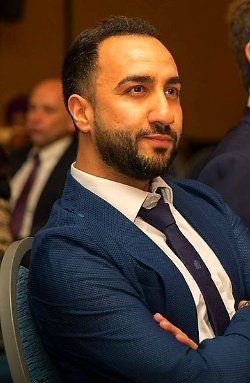