Such as contribute most to human progress and human enlightenment — men like Gutenberg, Copernicus, Newton, Leibnitz, Watts, Franklin, Mendeleieff, Pasteur, Sklodowska-Curie, Edison, Steinmetz, Loeb, Dewey, Keyser, Whitehead, Russell, Poincaré, William Benjamin Smith, Gibbs, Einstein, and many others — consume no more bread than the simplest of their fellow mortals. Indeed such men are often in want. How many a genius has perished inarticulate because unable to stand the strain of social conditions where animal standards prevail and "survival of the fittest" means, not survival of the "fittest in time-binding capacity," but survival of the strongest in ruthlessness and guile — in space-binding competition!

Chapter: Capitalistic Era. - Manhood of Humanity : The Science and Art of Human Engineering (1921) 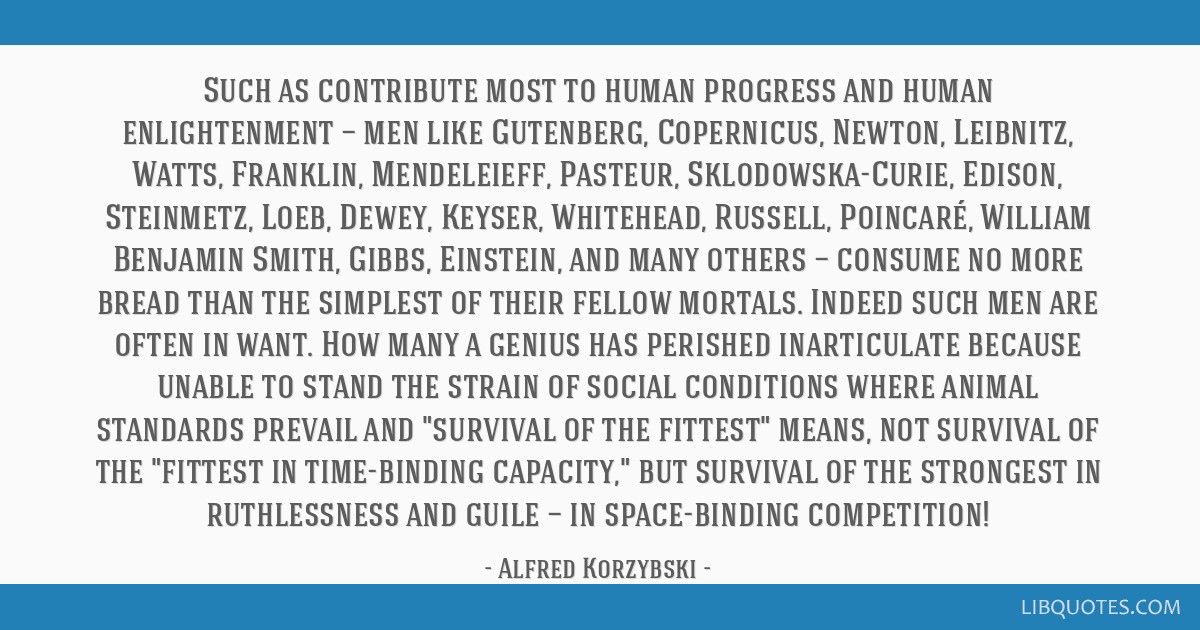 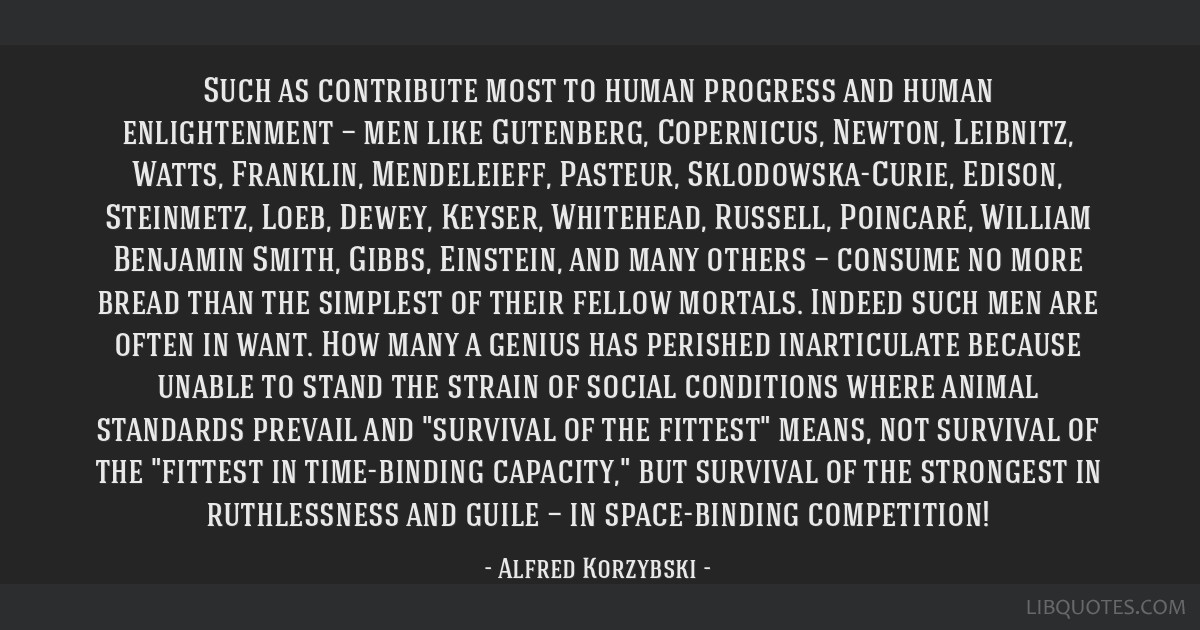 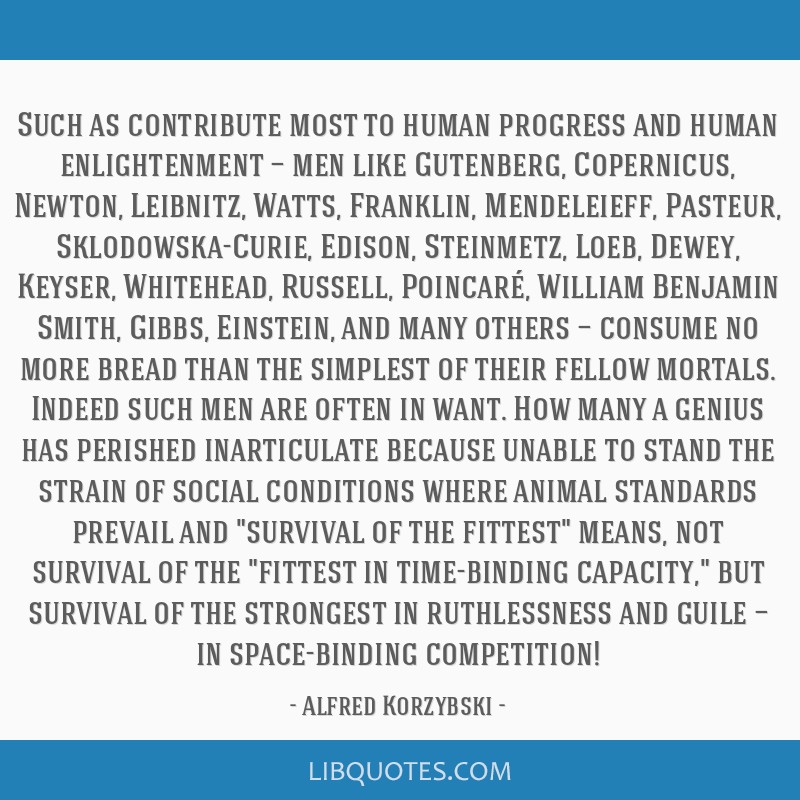 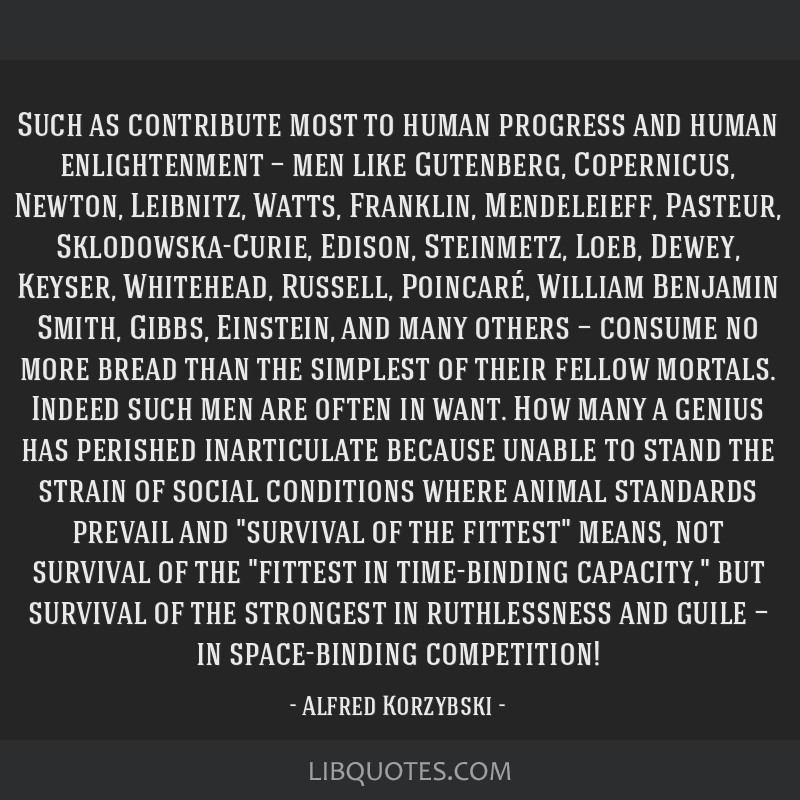