Conditions to the north of us, in the Voronezh and Steppe Fronts zone of action, and our offensive on Kharkov demands that we not lose time and we commit all forces so that we can draw off as many divisions as possible from Kharkov. And even if we do not draw them off, at least we will not give Manstein the ability to take any of his units from our part of the front. If we attract one or two German tank divisions - it will be the best contribution to the defeat of the enemy in the south. 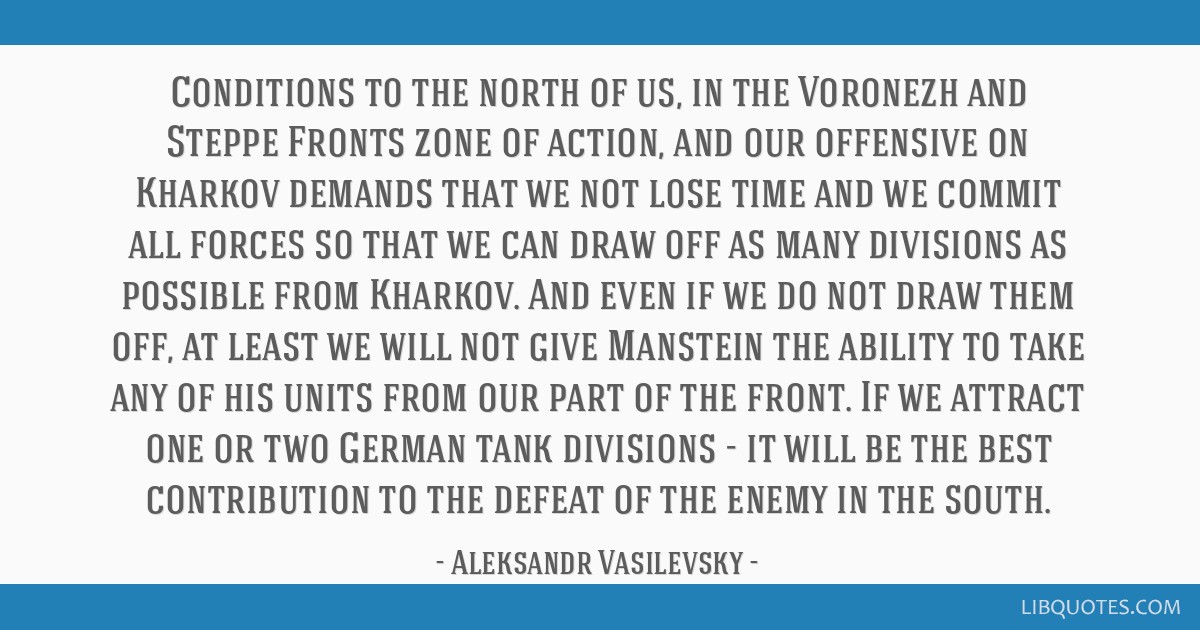 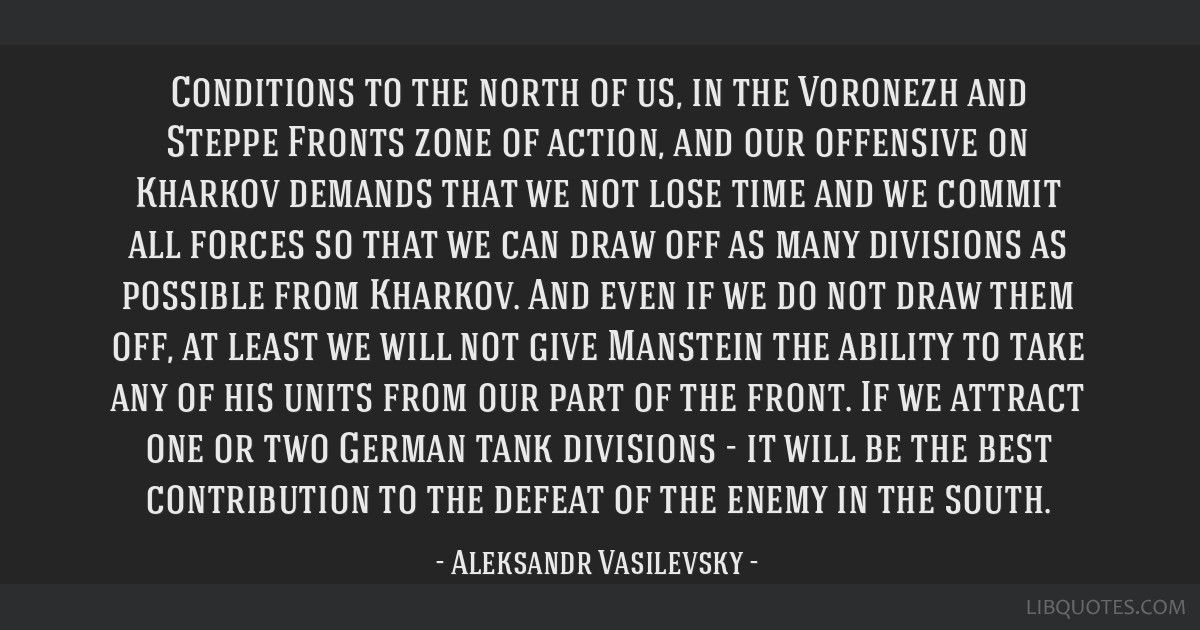 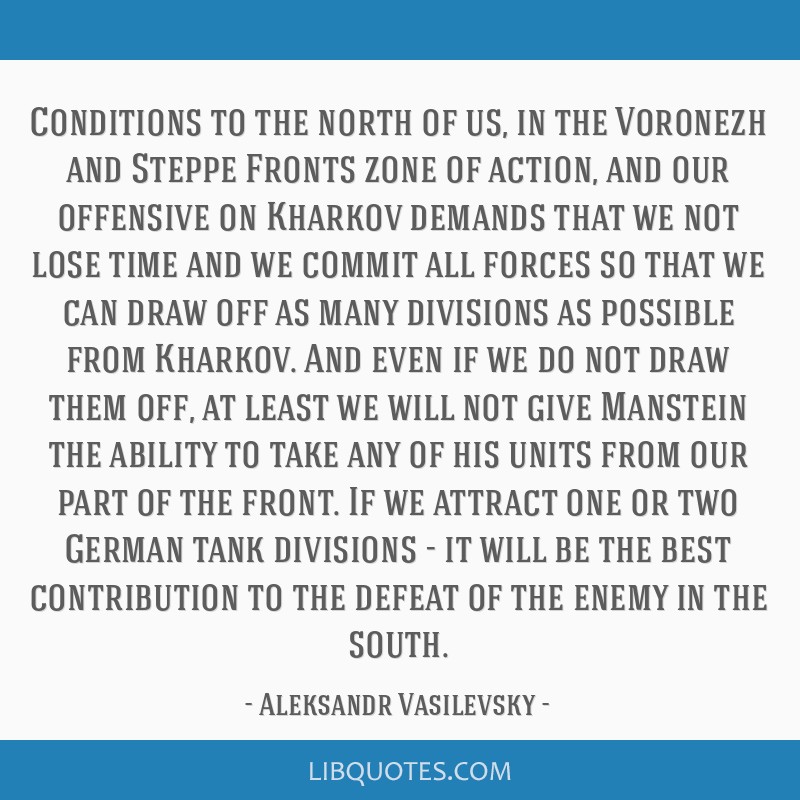 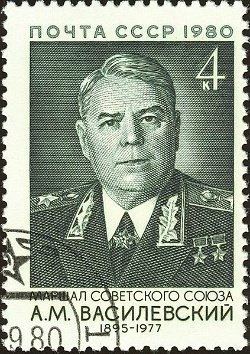