One strength of the communist system of the East is that it has some of the character of a religion and inspires the emotions of a religion. Unless the concept of peace based on law gathers behind it the force and zeal of a religion, it can hardly hope to succeed. 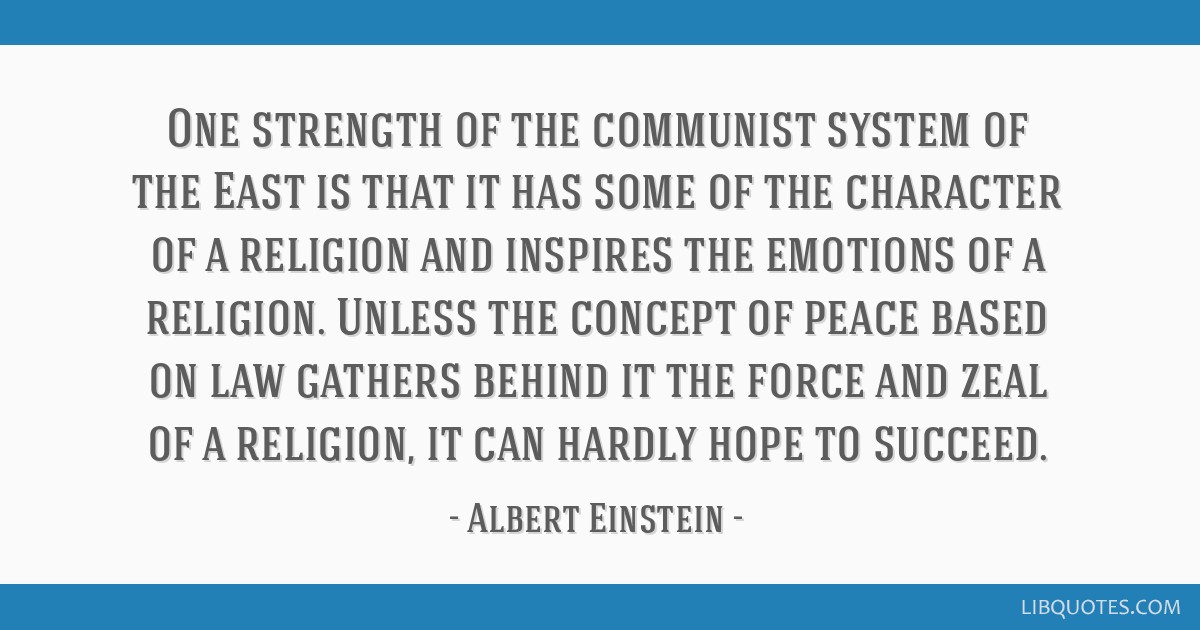 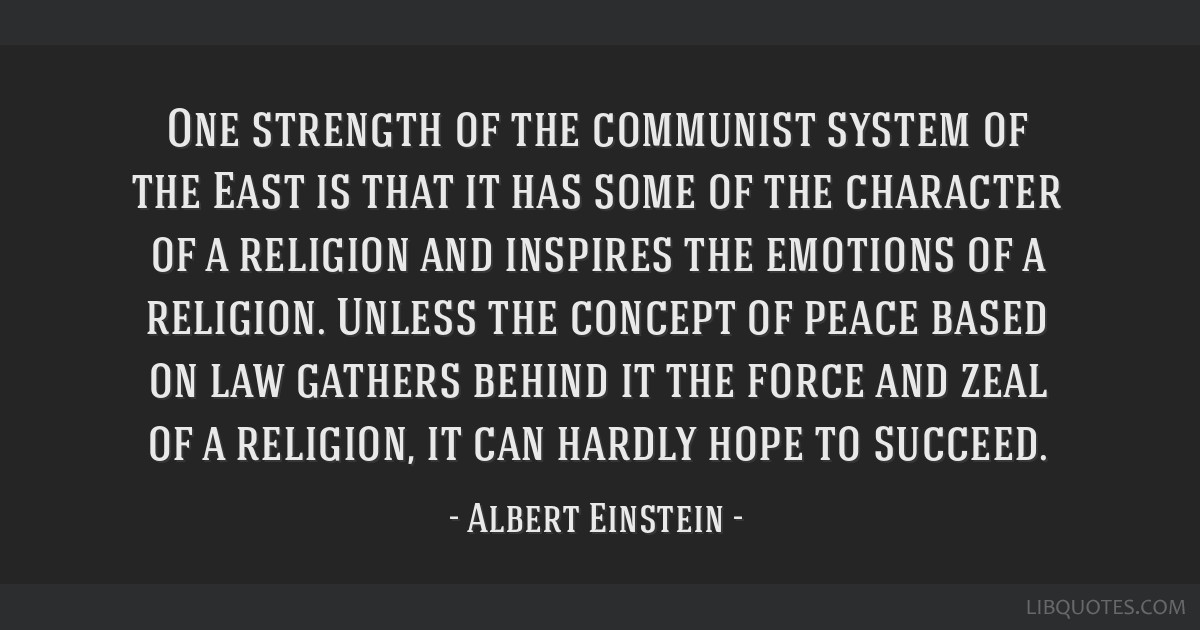 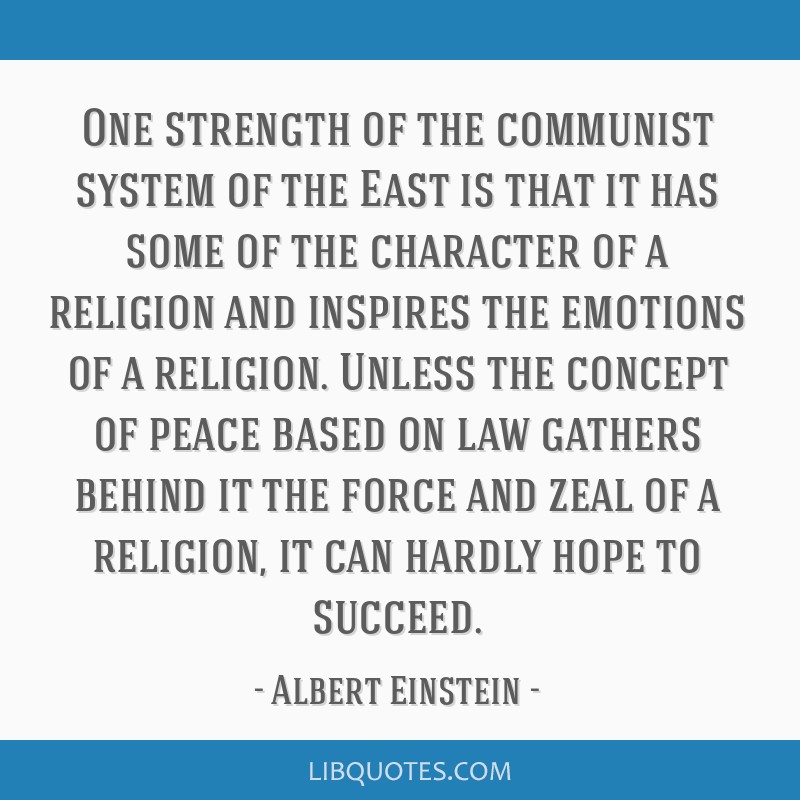 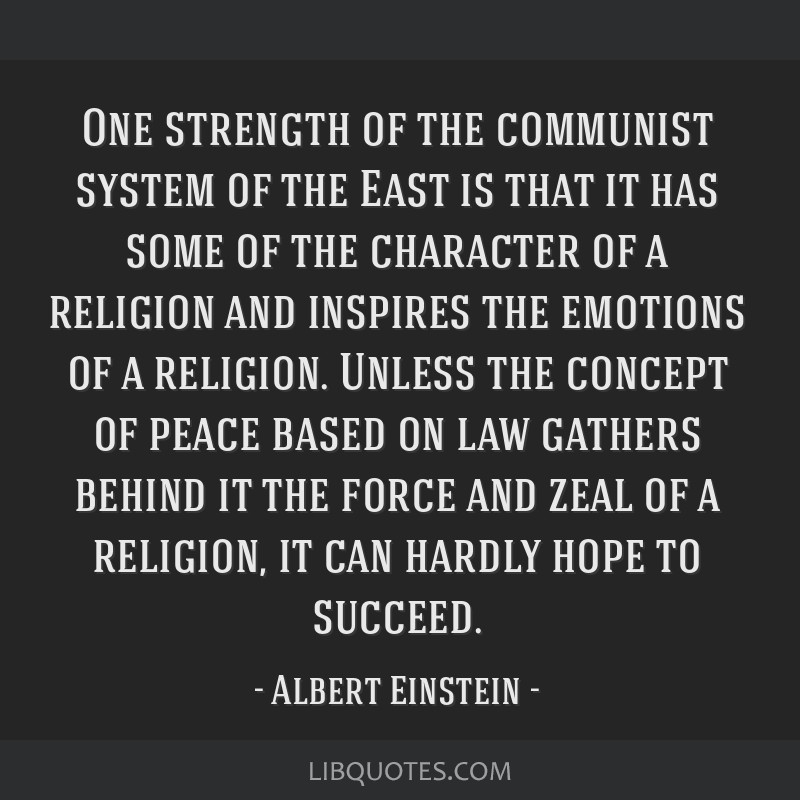