A priori one should expect a chaotic world which cannot be grasped by the mind in any way... The kind of order created by Newton's theory of gravitation...is wholly different. Even if the axioms of the theory are proposed by man, the success of such a project presupposes a high degree of ordering of the objective world.... That is the "miracle" which is being constantly reinforced as our knowledge expands.

Einstein's God: Albert Einstein's Quest as a Scientist and as a Jew to Replace a Forsaken God (ed. Jason Aronson Incorporated, 1997) 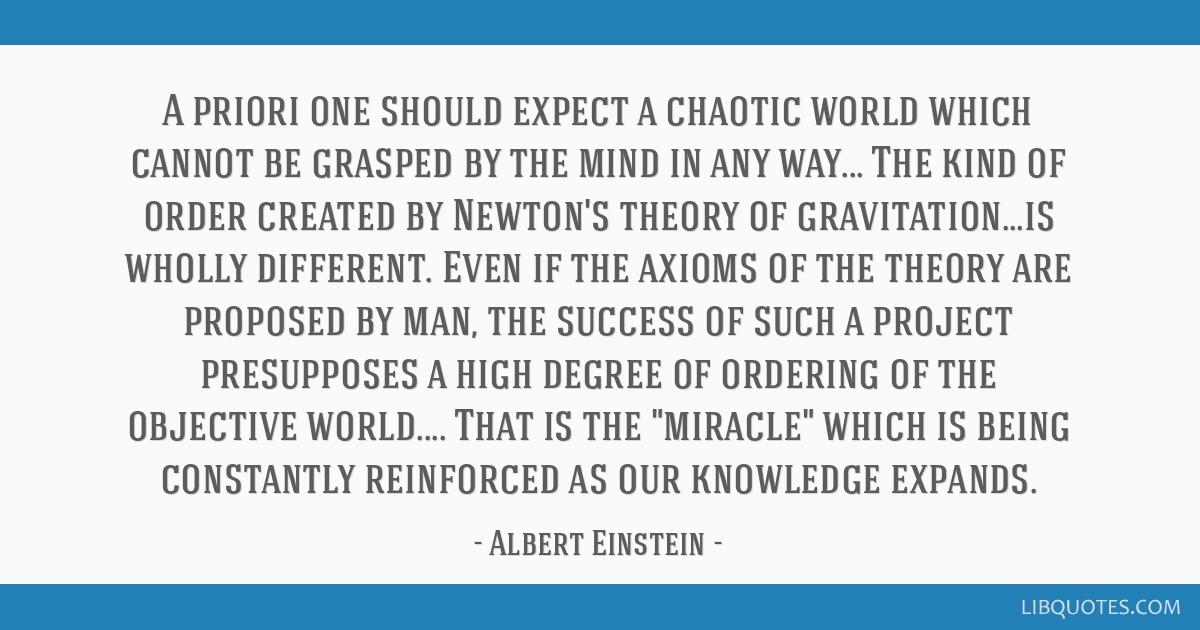 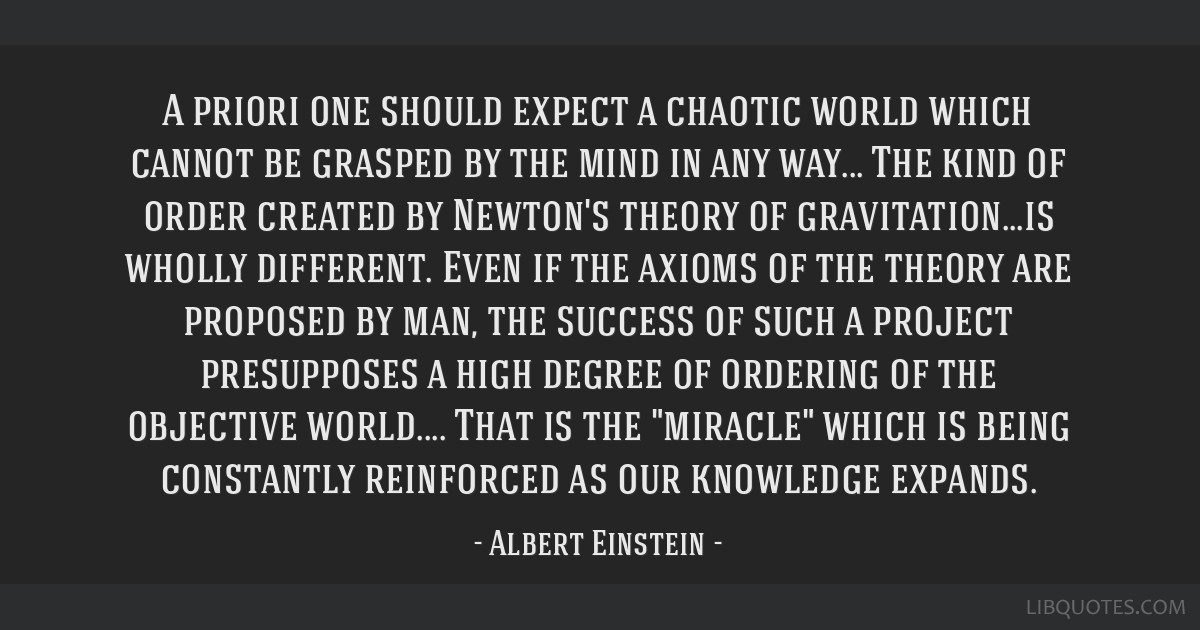 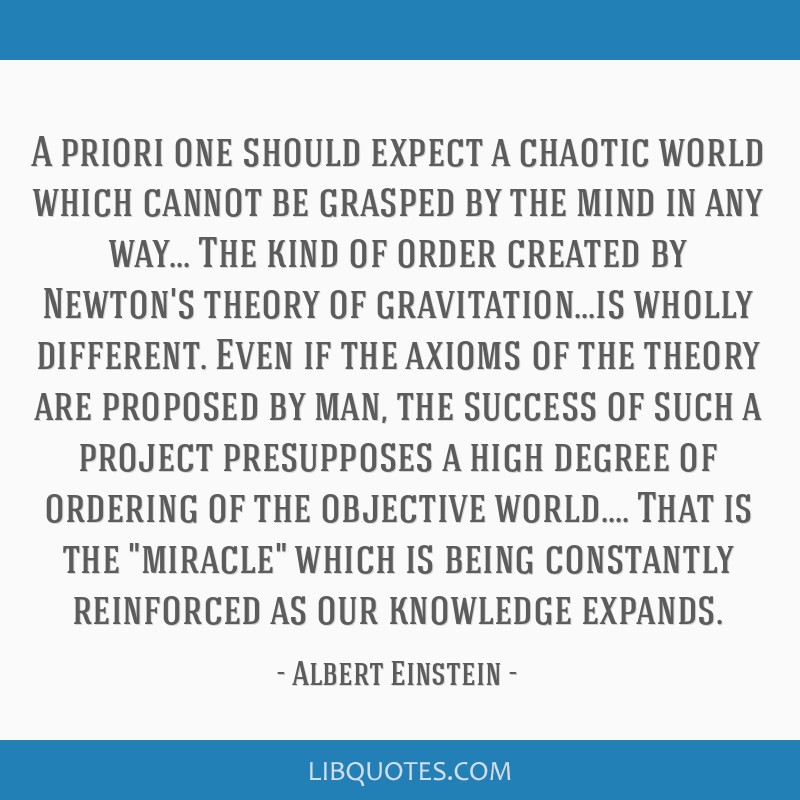 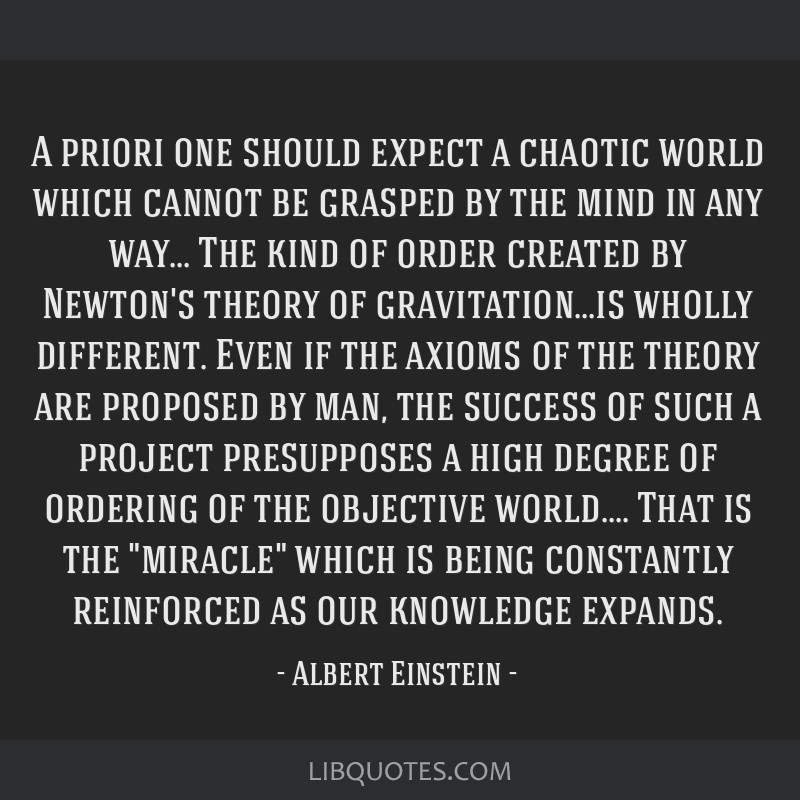