What I particularly admire in him is the firm stand he has taken, not only against the oppressors of his countrymen, but also against those opportunists who are always ready to compromise with the Devil. He perceives very clearly that the world is in greater peril from those who tolerate or encourage evil than from those who actually commit it. 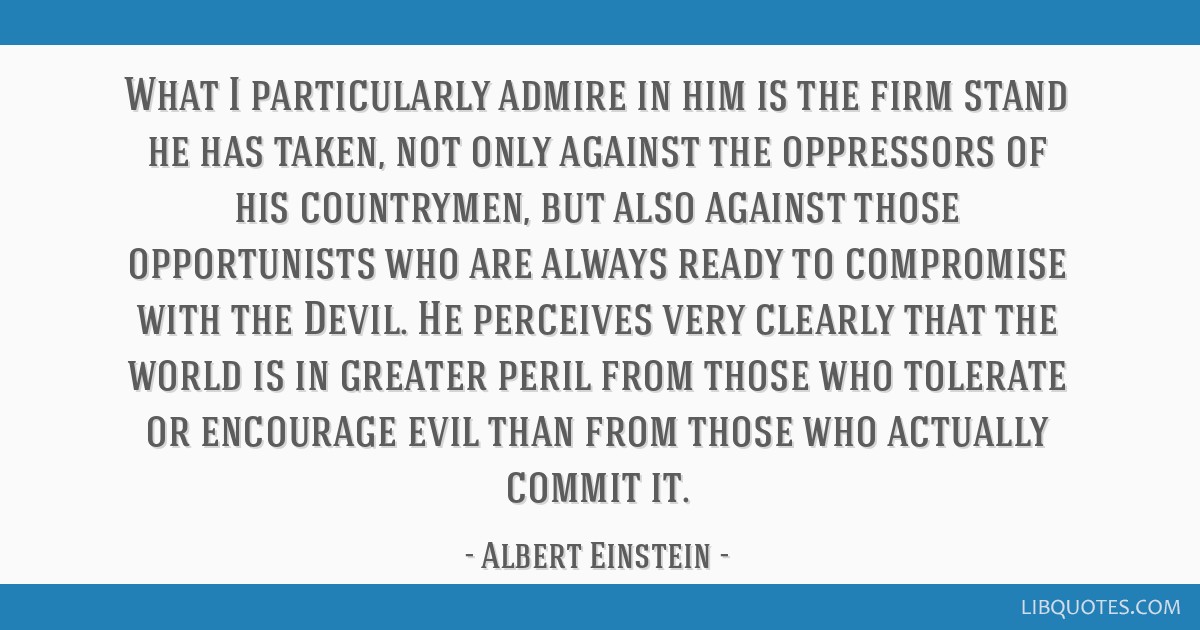 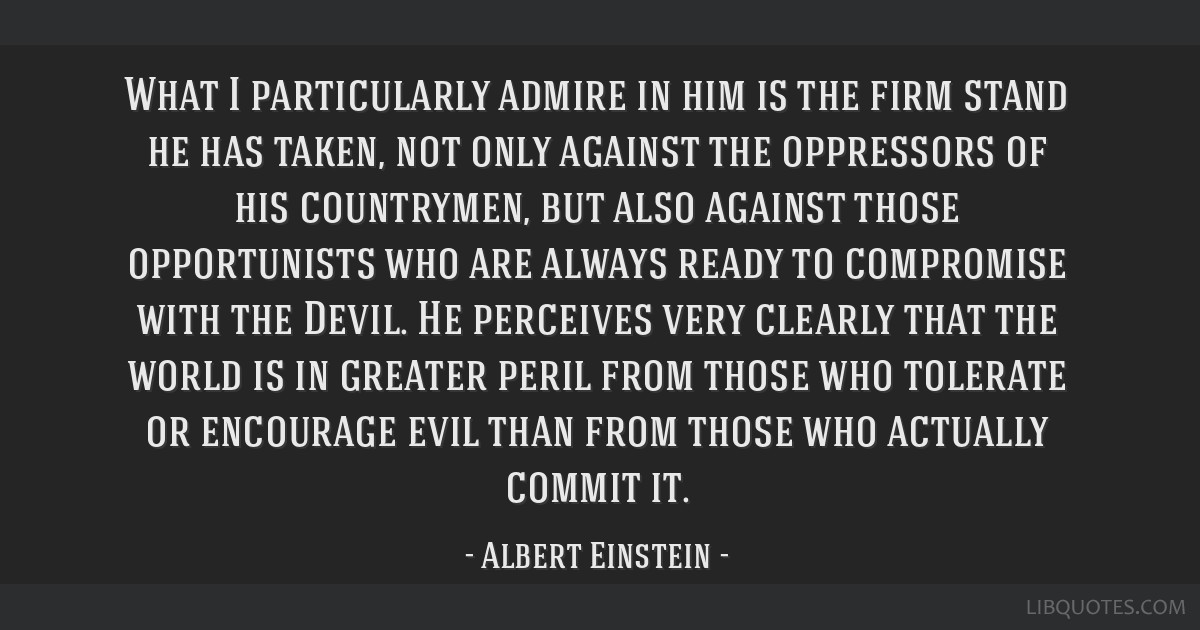 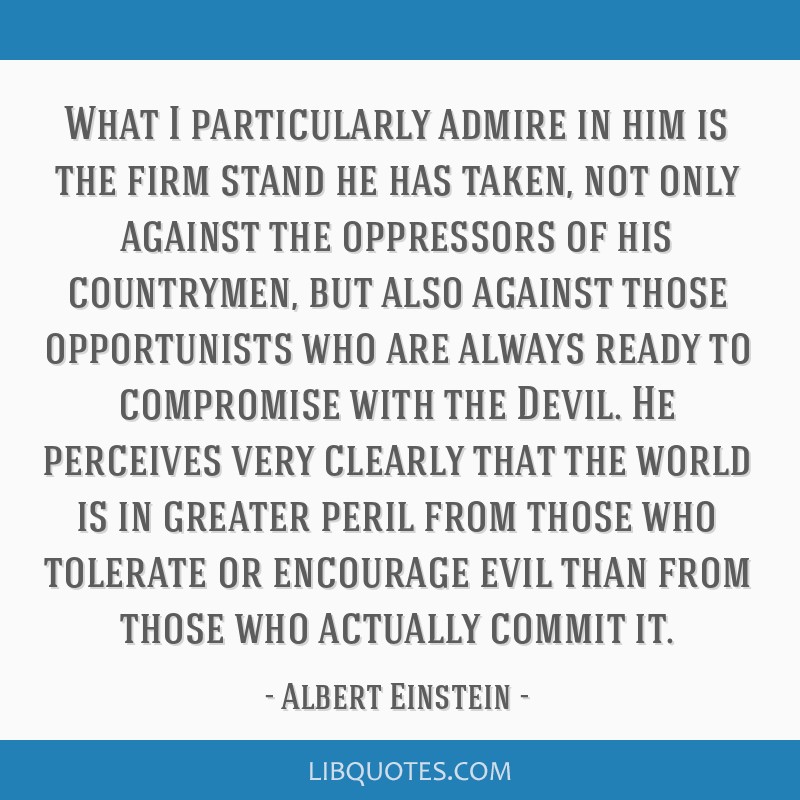 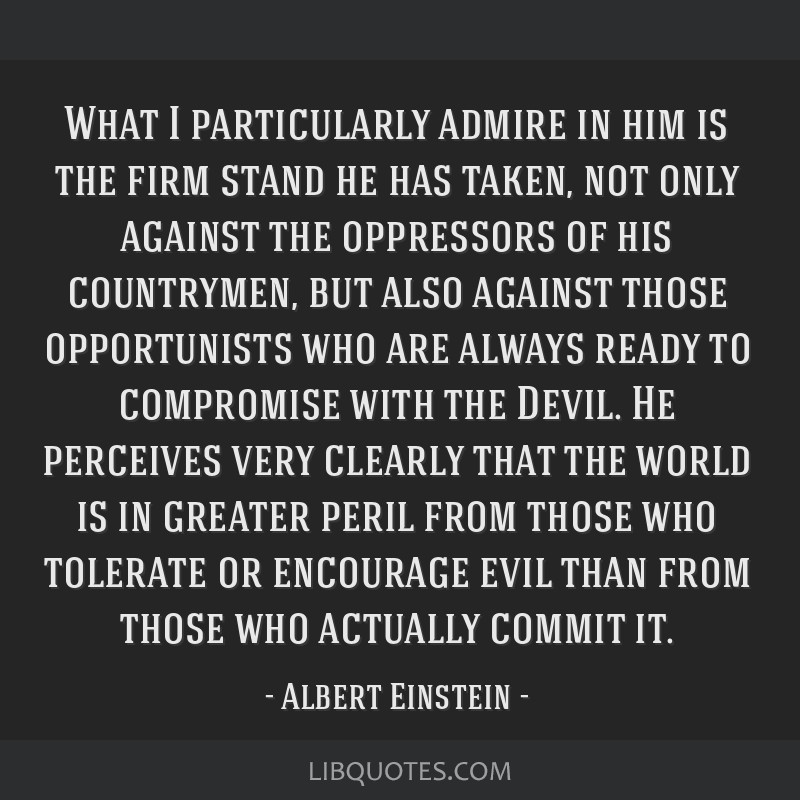