Camus said there is only really one serious philosophical question, which is whether or not to commit suicide. I think there are four or five serious philosophical questions:
The first one is: Who started it?
The second is: Are we going to make it?
The third is: Where are we going to put it?
The fourth is: Who's going to clean up?
And the fifth: Is it serious?

Out Of Your Mind (2004), Audio lecture 1: The Nature of Consciousness: A Game That's Worth The Candle 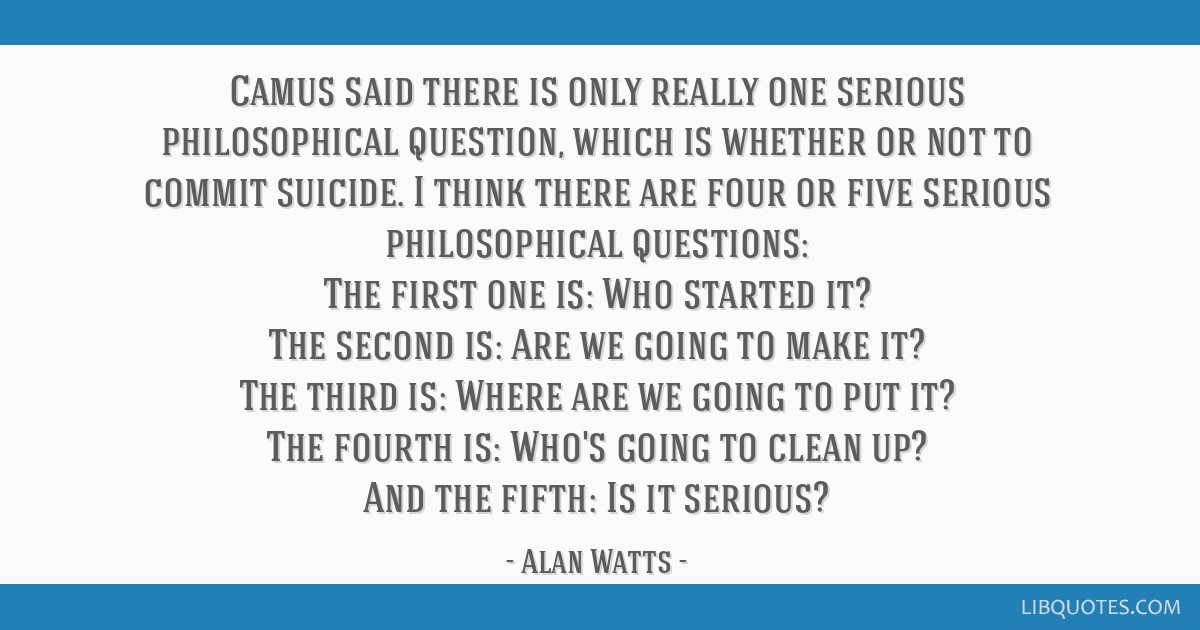 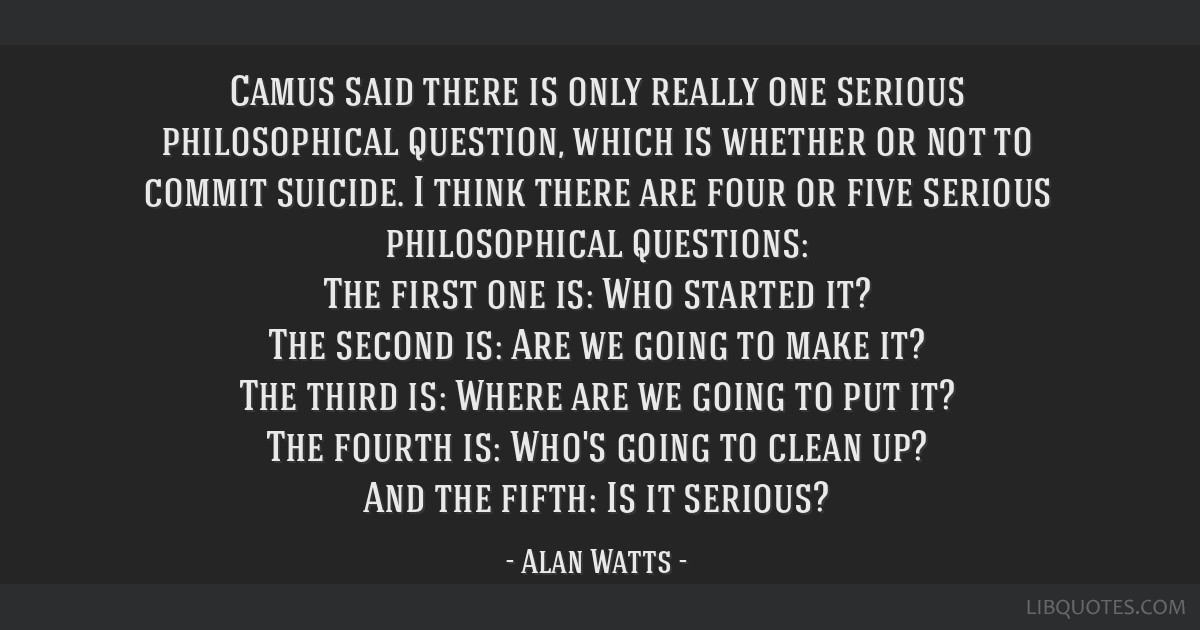 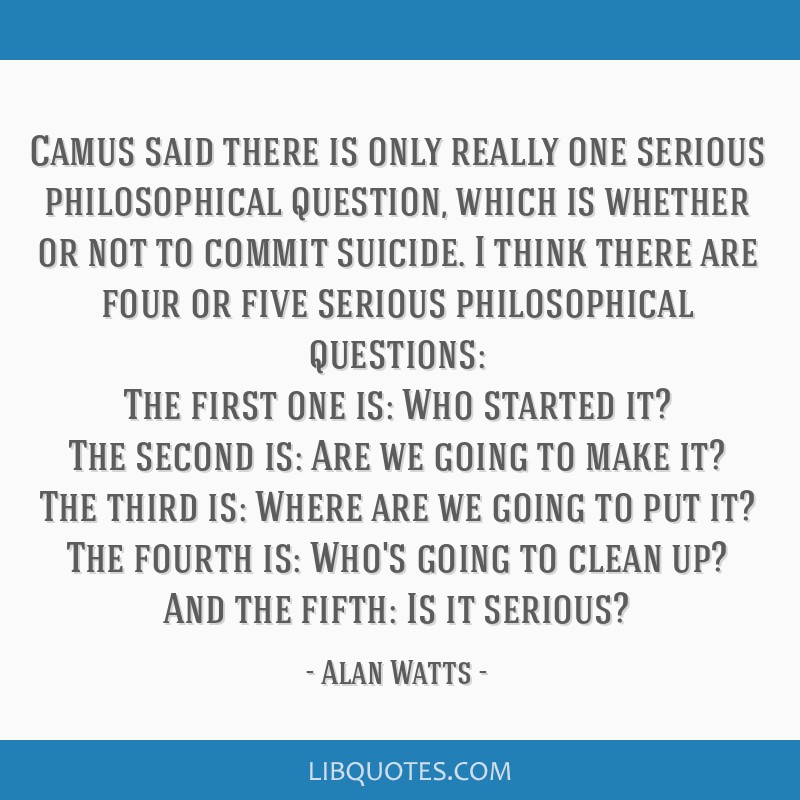 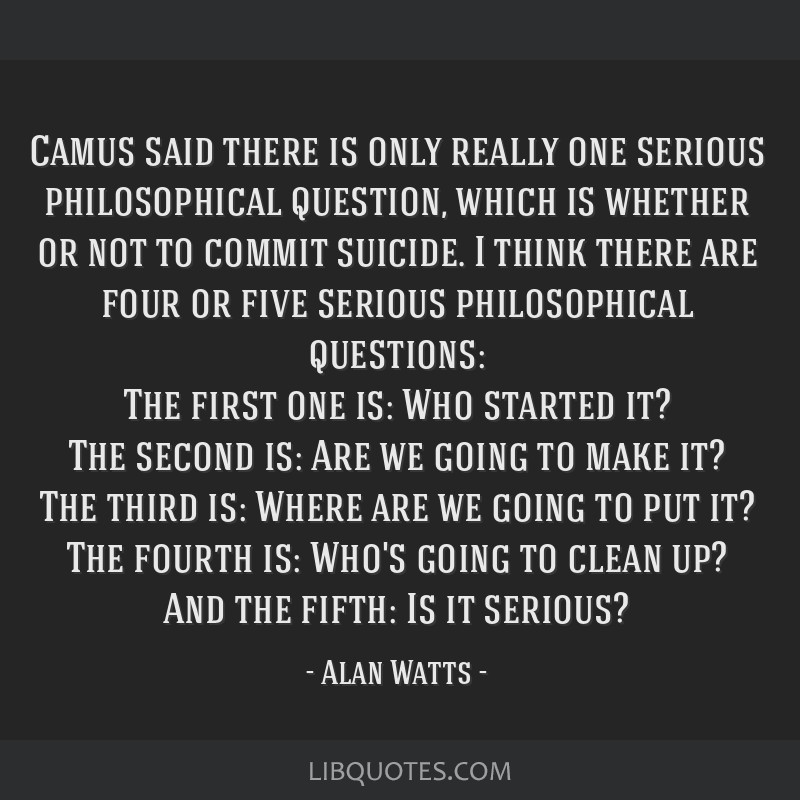