The absolute contingency of the encounter takes on the appearance of destiny. The declaration of love marks the transition from chance to destiny and that's why it is so perilous and so burdened with a kind of horrifying stage fright.

Alain Badiou
There is no ethics in general. There are only-eventually-ethics of processes by which we treat the possibilities of a situation.

Alain Badiou
If there exists one unique great imperial power which is always convinced that its most brutal interests coincide with the Good; if it is true that every year the USA spends more on their military budget than Russia, China, France, England and Germany put together; and if that Nation-State, devoted to military excess, has no public idol other than wealth, no allies other than servants, and no view of other peoples apart from an indifferent, commercial and cynical one; then the basic freedom of States, peoples and individuals consists in doing everything and thinking everything in order to escape, as much as possible, from the commandments, interventions and interference of that imperial power.

Alain Badiou
It is thus quite simply false that whereof one cannot speak (in the sense of 'there is nothing to say about it that specifies it and grants it separating properties'), thereof one must be silent. It must on the contrary be named.

Alain Badiou
To believe that the intolerable crime is to burn a few cars and rob some shops, whereas to kill a young man is trivial, is typically in keeping with what Marx regarded as the principal alienation of capitalism: the primacy of things over existence, of commodities over life and machines over workers

Alain Badiou
It must be said that today, at the end of its semantic evolution, the word 'terrorist' is an intrinsically propagandistic term. It has no neutral readability. It dispenses with all reasoned examination of political situations, of their causes and consequences.

Alain Badiou
Let us say in passing that since (philosophical) remedies are often worse than the malady, our age, in order to be cured of the Plato sickness, has swallowed such doses of a relativist, vaguely skeptical, lightly spiritualist and insipidly moralist medicine, that it is in the process of gently dying, in the small bed of its supposed democratic comfort.

Alain Badiou
Emancipatory politics always consists in making seem possible precisely that which, from within the situation, is declared to be impossible.

Alain Badiou
I am surprised to see that today everything that does not amount to surrender pure and simple to generalized capitalism, let us call it thus, is considered to be archaic or old-fashioned, as though in a way there existed no other definition of what it means to be modern than, quite simply, to be at all times caught in the dominant forms of the moment.

Alain Badiou
In my view, only those who have had the courage to work through Lacan's anti-philosophy without faltering deserve to be called 'contemporary philosophers'.

Alain Badiou
The cinema is a place of intrinsic indiscernibility between art and non-art.

Alain Badiou
We could say that love is a tenacious adventure. The adventurous side is necessary, but equally so is the need for tenacity. To give up at the first hurdle, the first quarrel, is only to distort love. Real love is one that triumphs lastingly, sometimes painfully, over the hurdles erected by time, space and the world.

Alain Badiou
I would say, if you like, that the party is like an out-moded mathematics...that is to say, the mathematics of Euclid. We need to invent a non-Euclidian mathematics with respect to political discipline. 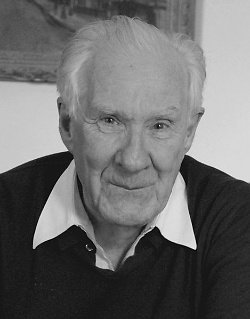 Creative Commons
Born: January 17, 1937 (age 84)
Bio: Alain Badiou is a French philosopher, formerly chair of Philosophy at the École Normale Supérieure and founder of the faculty of Philosophy of the Université de Paris VIII with Gilles Deleuze, Michel Foucault and Jean-François Lyotard.
Known for: