Everyone has his food, and his time of life is reckoned.
Their tongues are separate in speech,
And their natures as well;
Their skins are distinguished,
As thou distinguishest the foreign peoples.
Thou makest a Nile in the underworld,
Thou bringest forth as thou desirest
To maintain the people
According as thou madest them for thyself,
The lord of all of them, wearying with them,
The lord of every land, rising for them,
The Aton of the day, great of majesty. 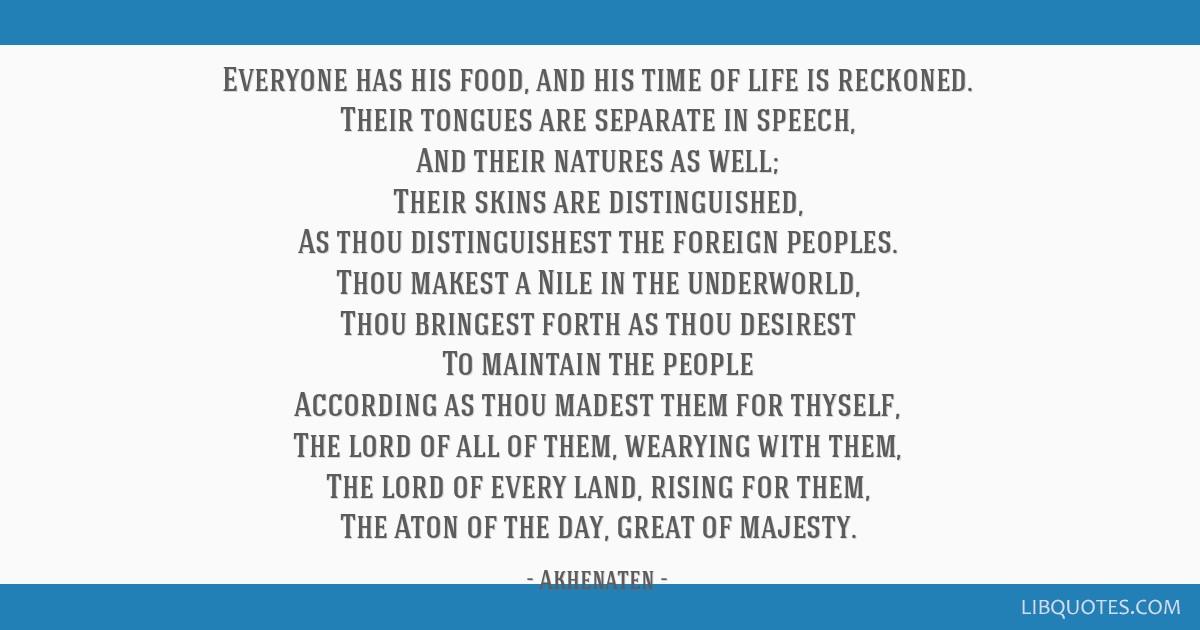 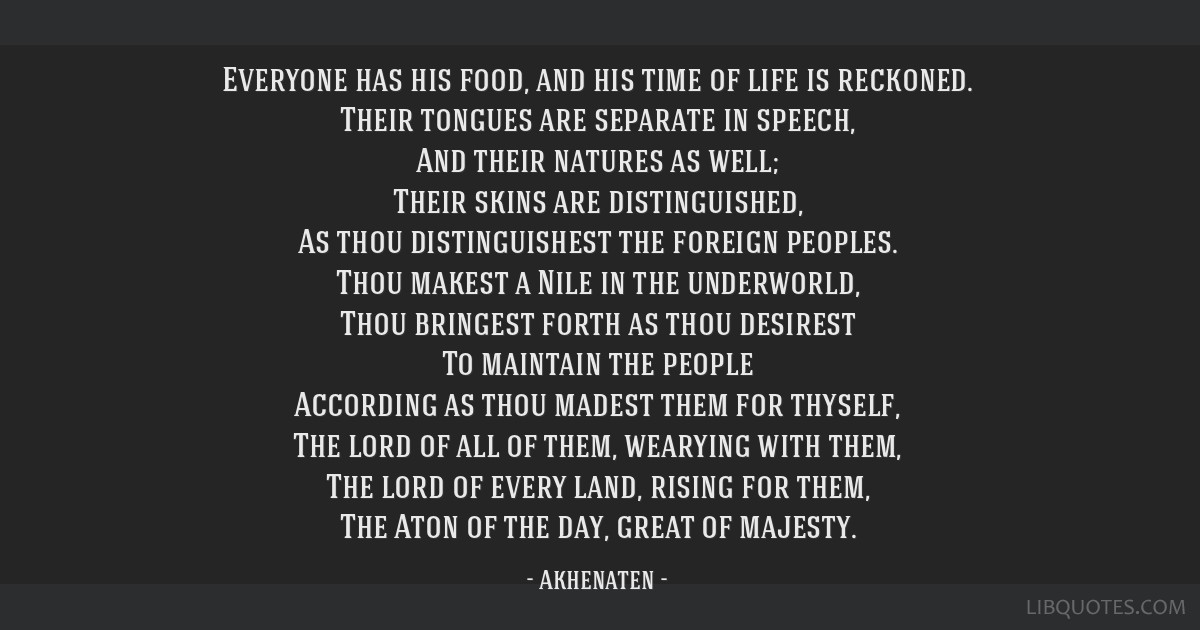 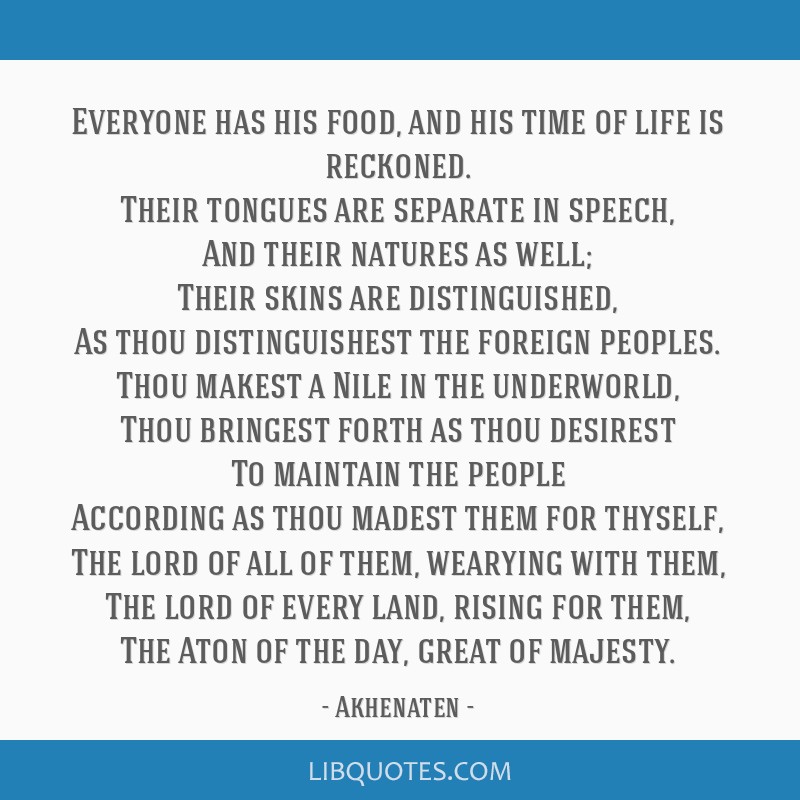 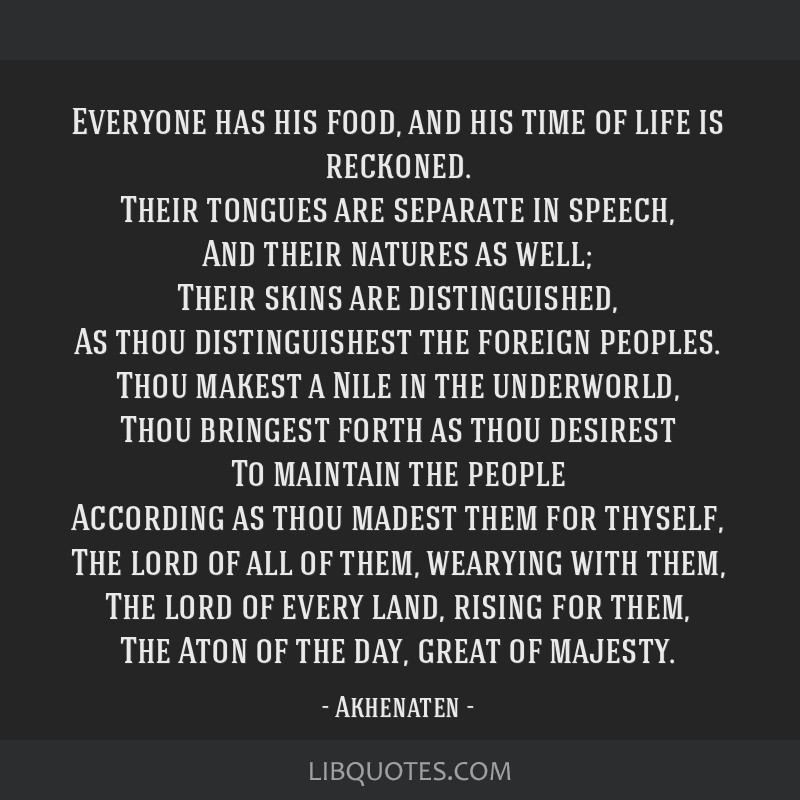