The word revolution itself has become not only a dead relic of Leftism, but a key to the deadendedness of male politics: the revolution of a wheel which returns in the end to the same place; the revolving door of a politics which has liberated women only to use them, and only within the limits of male tolerance. 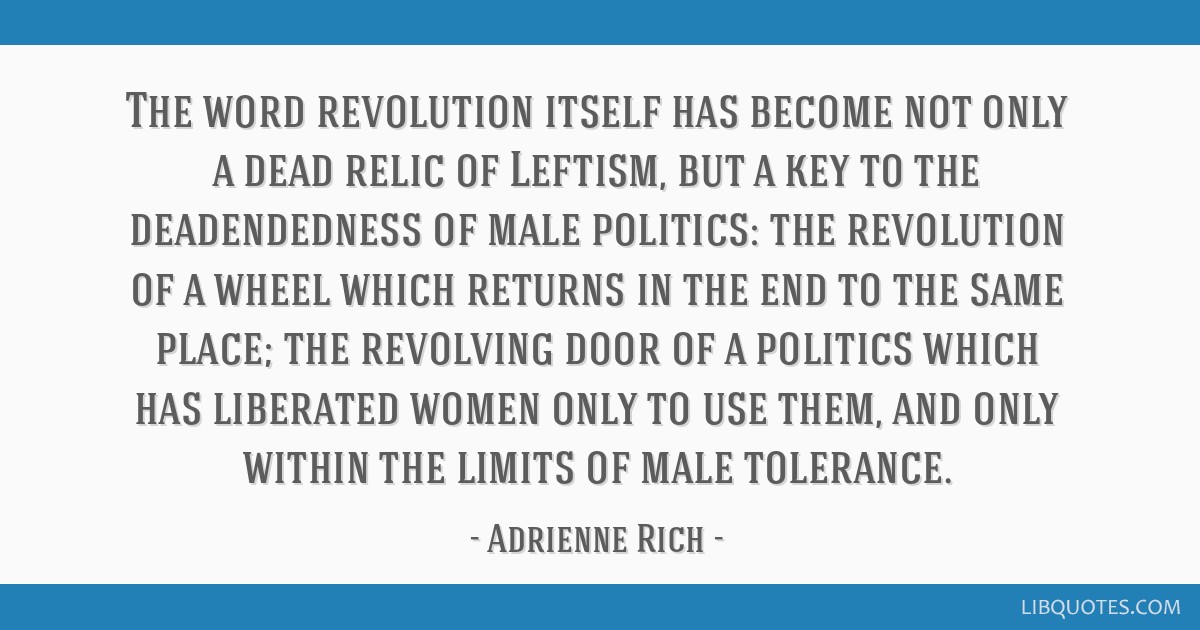 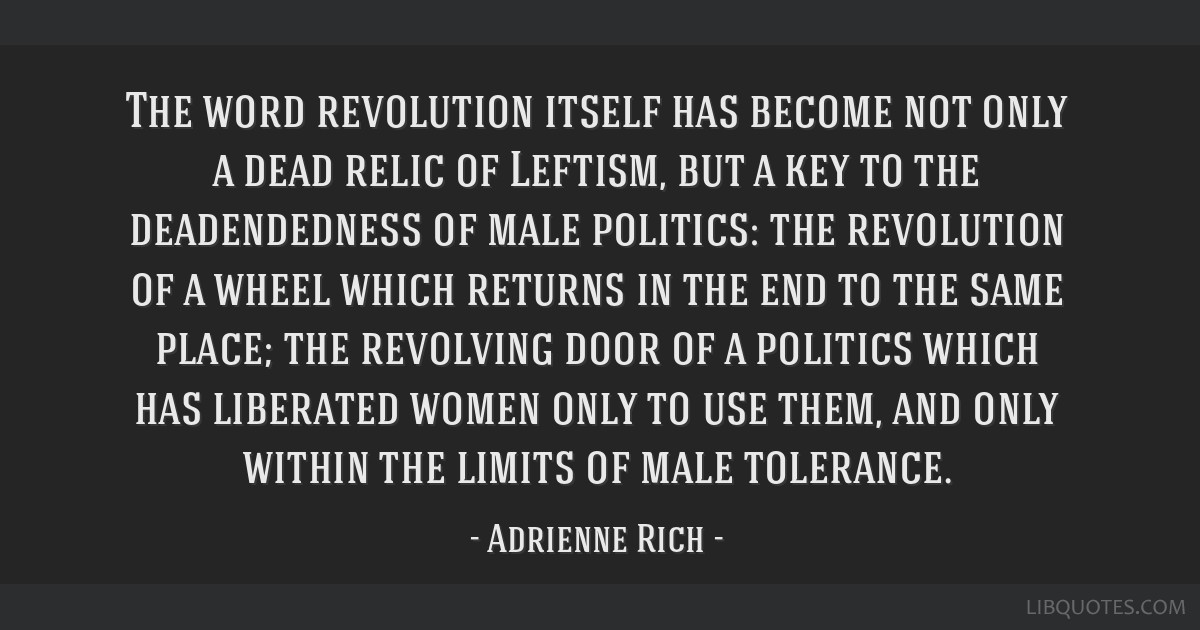 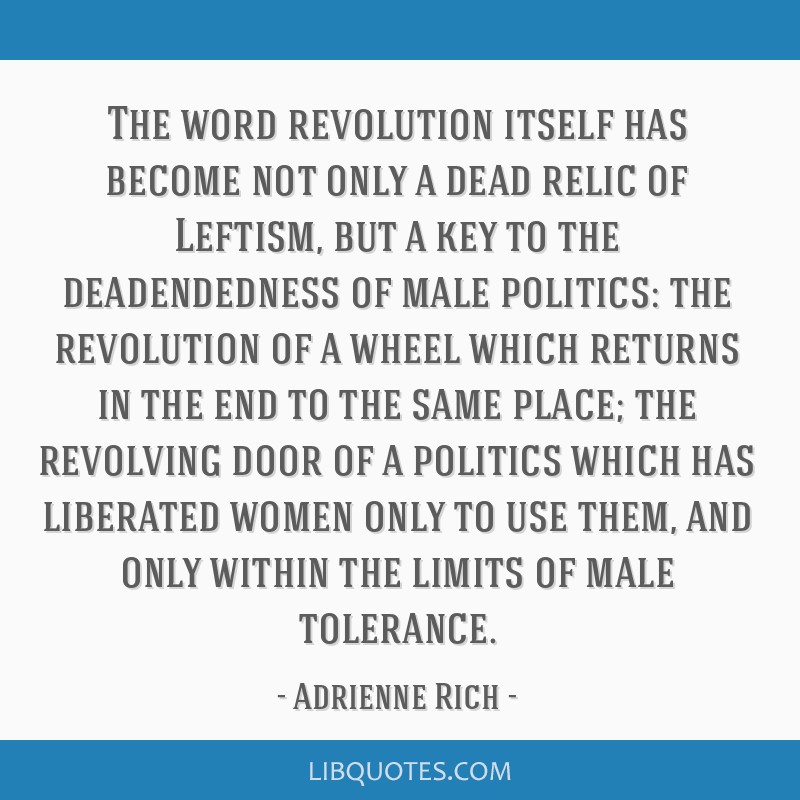 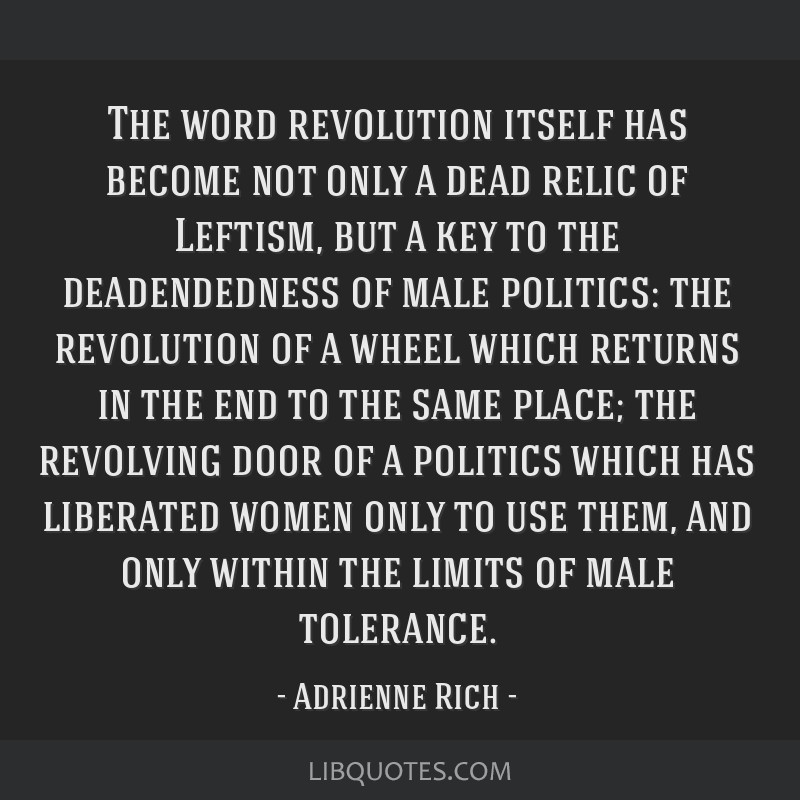