It goes without saying that we have no affinities with the Japanese. They're too foreign to us, by their way of living, by their culture. But my feelings against Americanism are feelings of hatred and deep repugnance. I feel myself more akin to any European country, no matter which. Everything about the behaviour of American society reveals that it's half Judaised, and the other half negrified. How can one expect a State like that to hold together—a State where 80 per cent of the revenue is drained away for the public purse—a country where everything is built on the dollar? From this point of view, I consider the British State very much superiour. 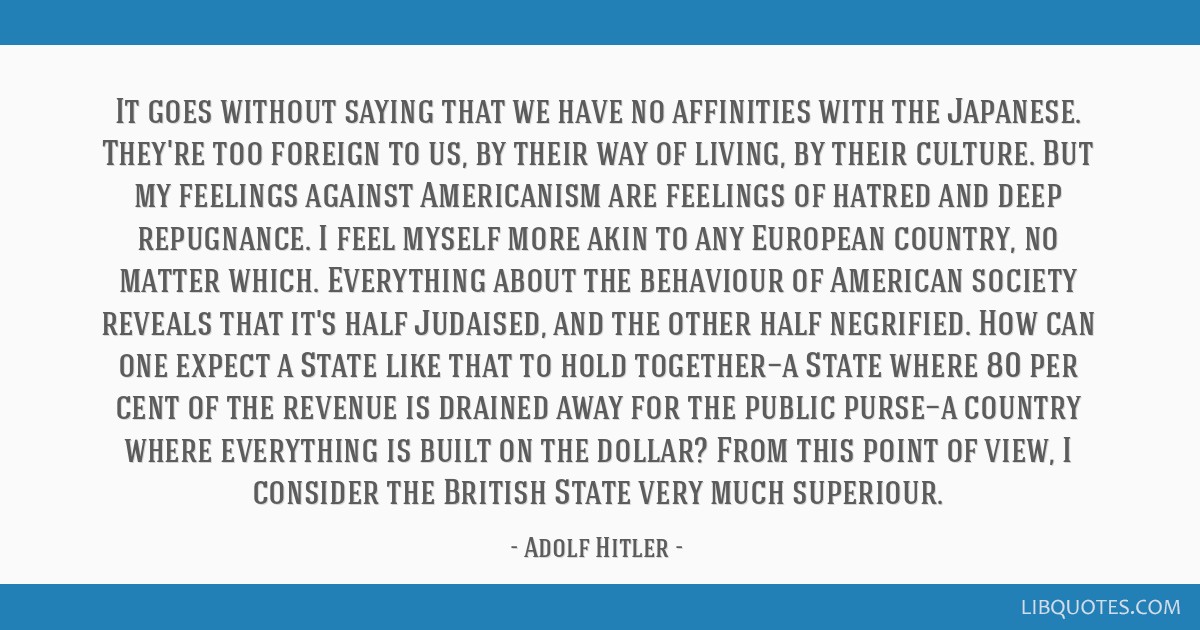 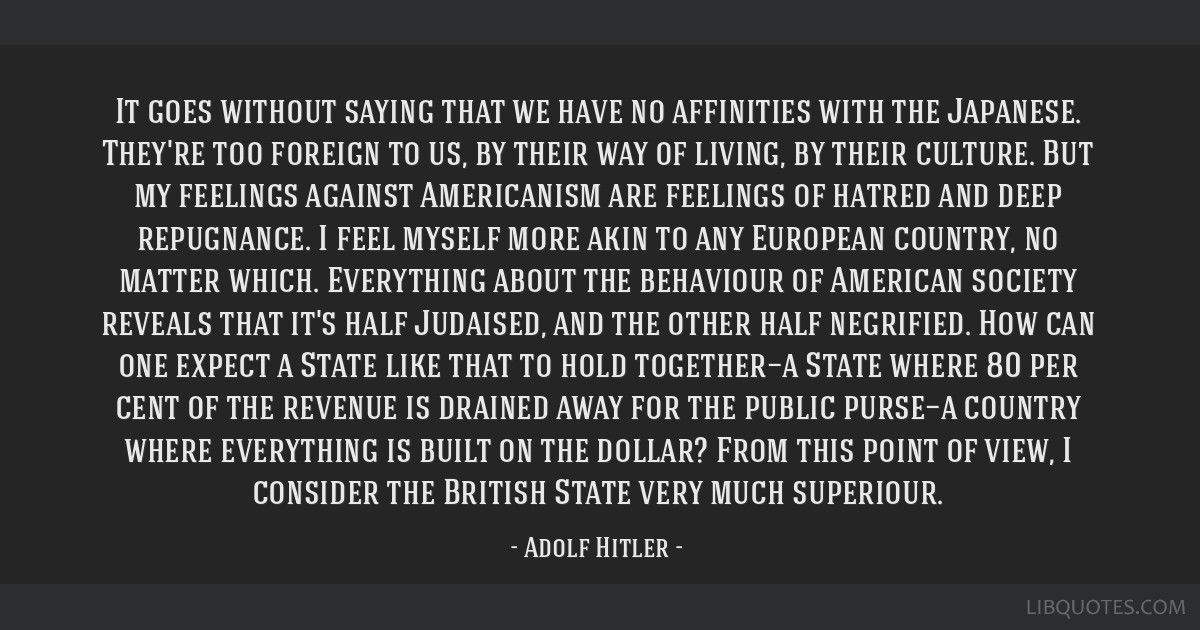 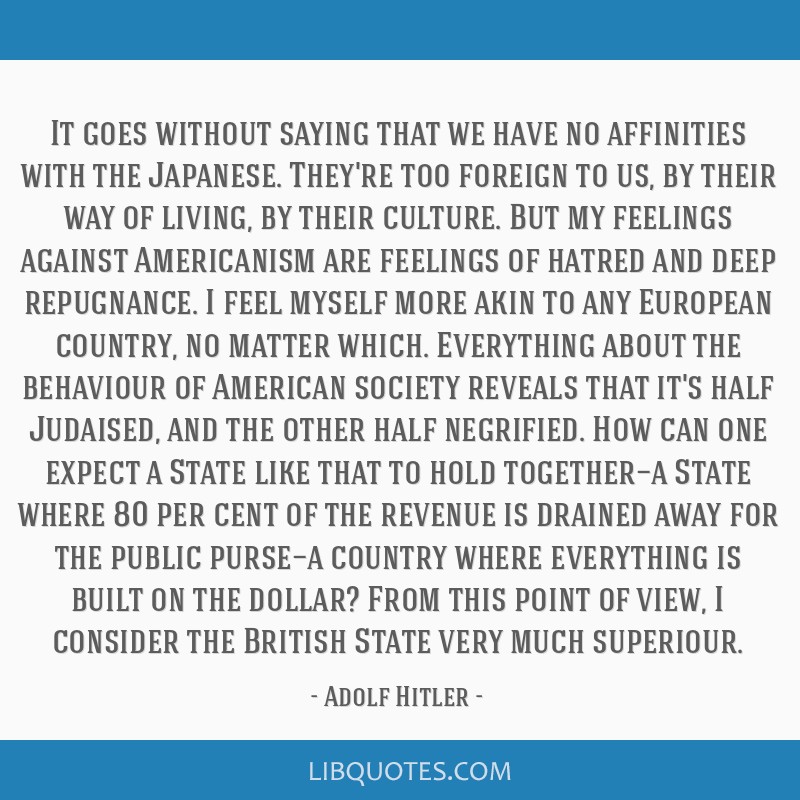 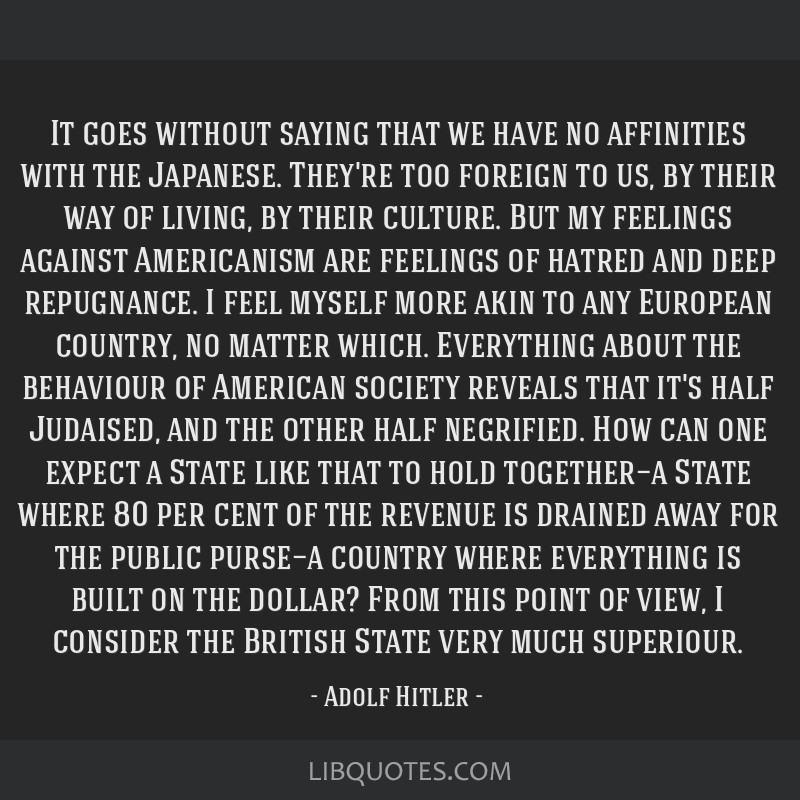