If nature does not wish that weaker individuals should mate with stronger, she wishes even less that a superior race should intermingle with an inferior one; because in such cases all her efforts, throughout hundreds of thousands of years, to establish an evolutionary higher stage of being, may thus be rendered futile 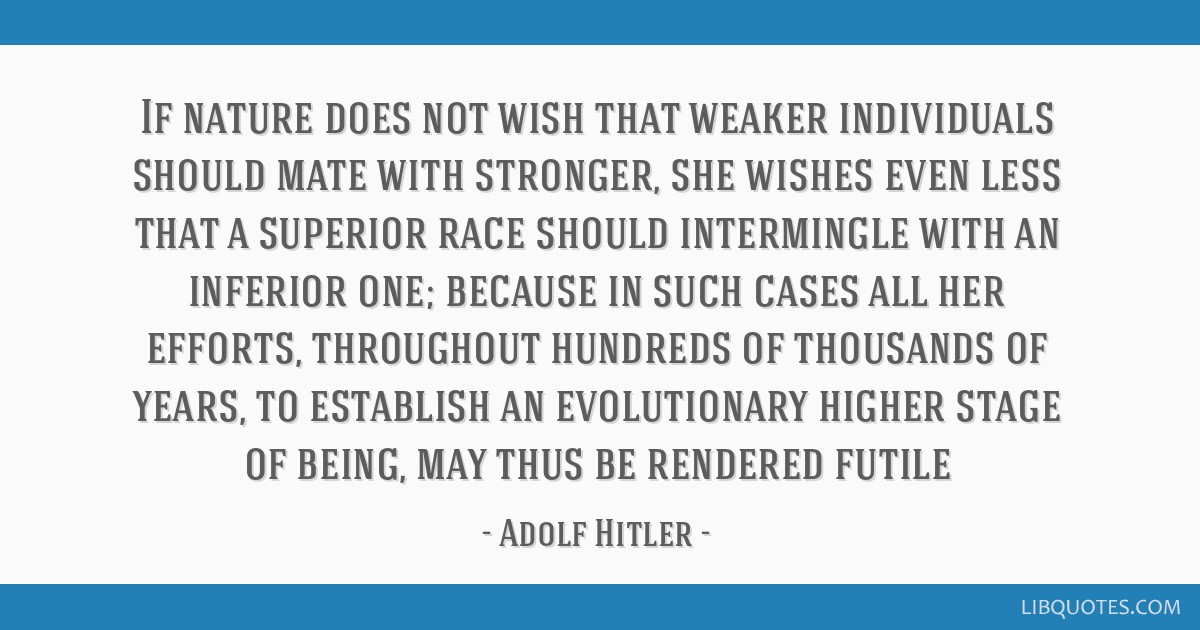 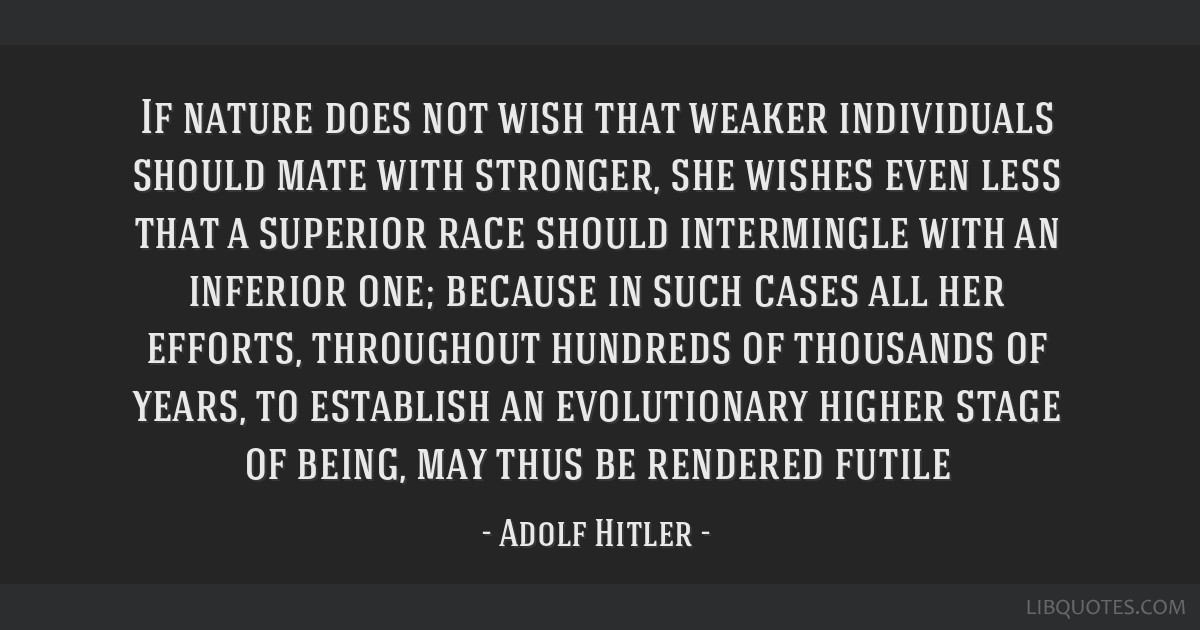 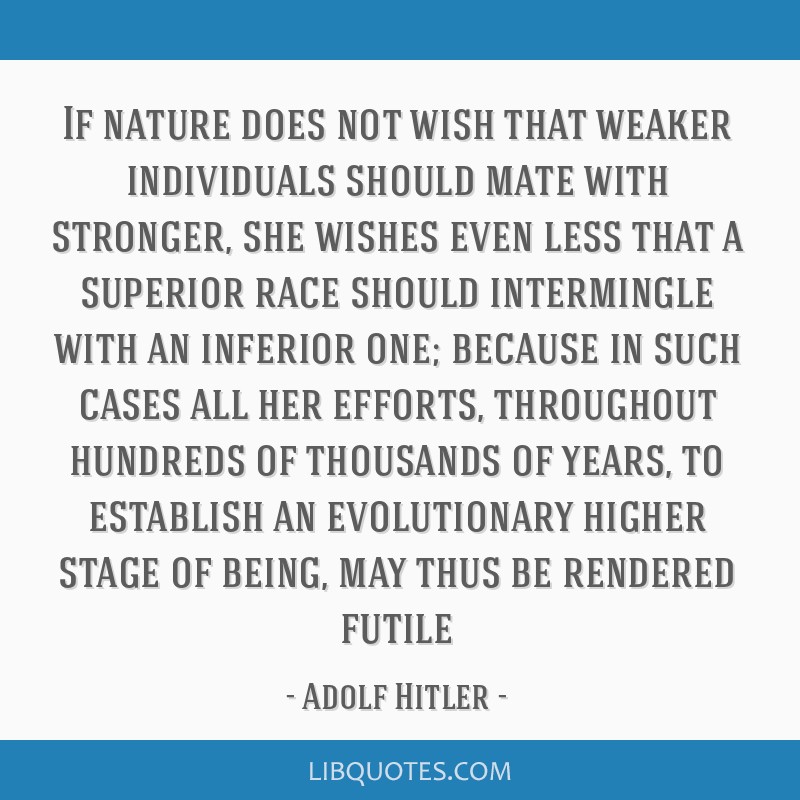 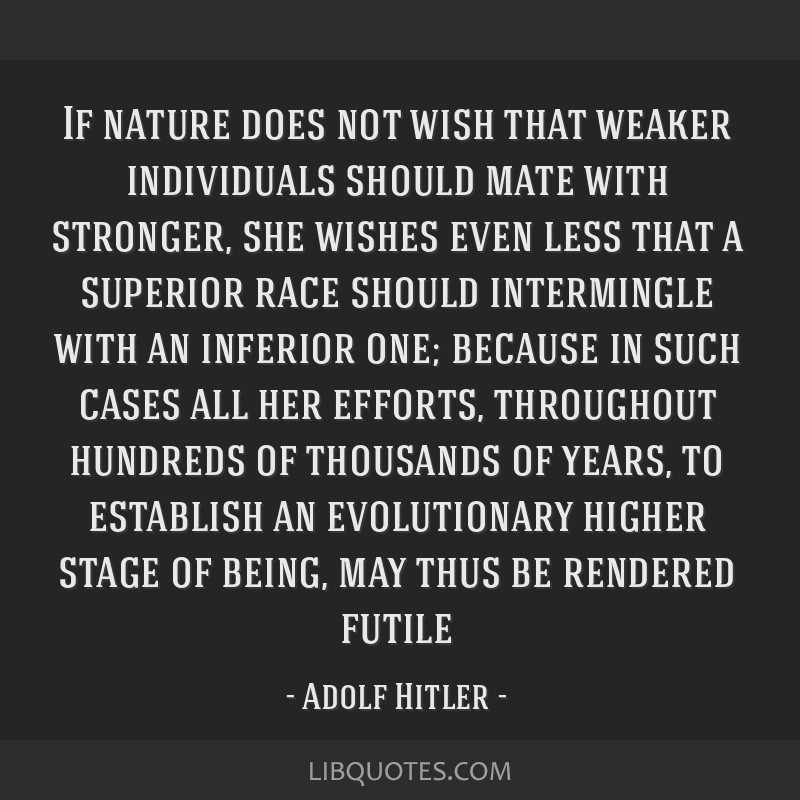