It has been said that one bad general is better than two good ones, and the saying is true if taken to mean no more than that an army is better directed by a single mind, though inferior, than by two superior ones at variance and cross-purposes with each other. And the same is true in all joint operations wherein those engaged can have none but a common end in view and can differ only as to the choice of means. In a storm at sea no one on board can wish the ship to sink, and yet not unfrequently all go down together because too many will direct and no single mind can be allowed to control. 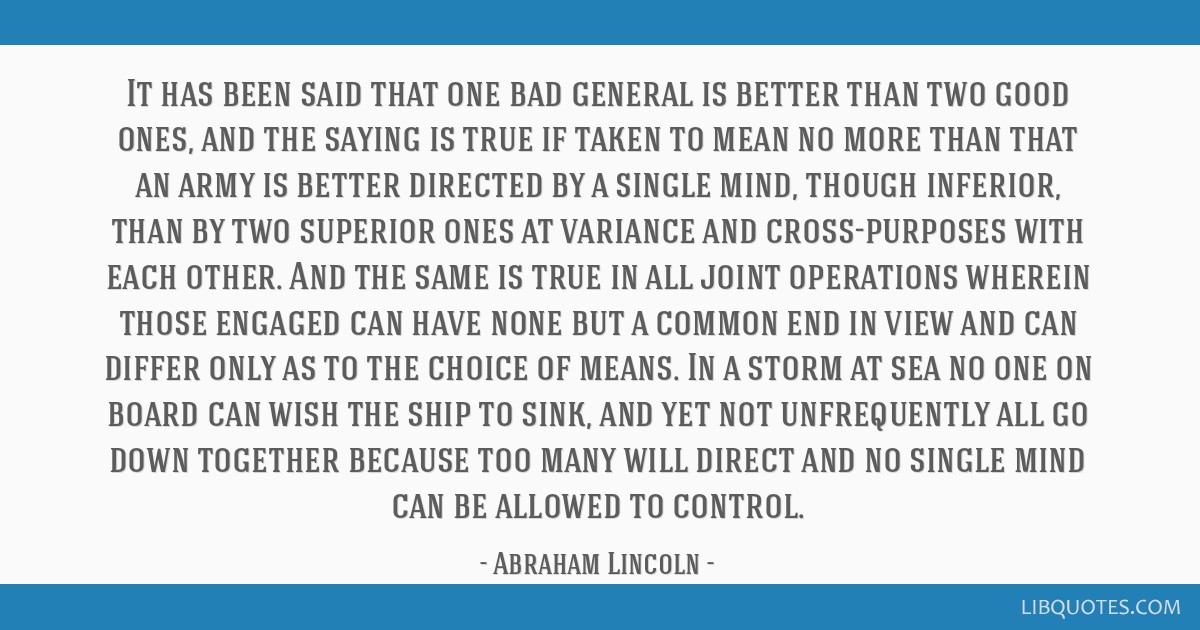 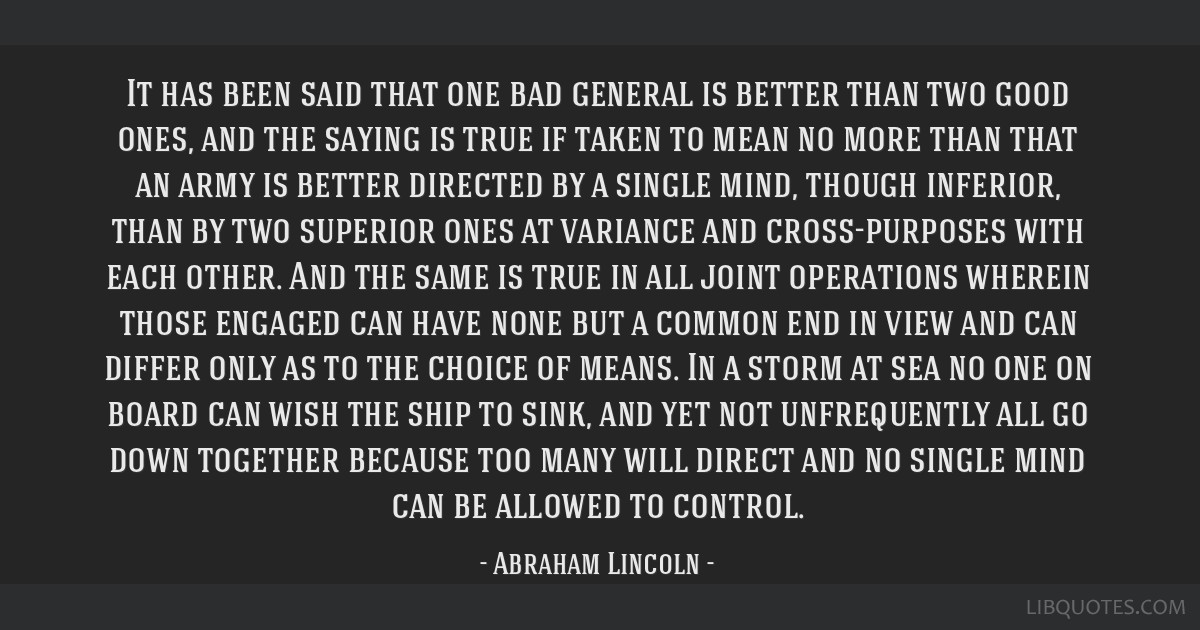 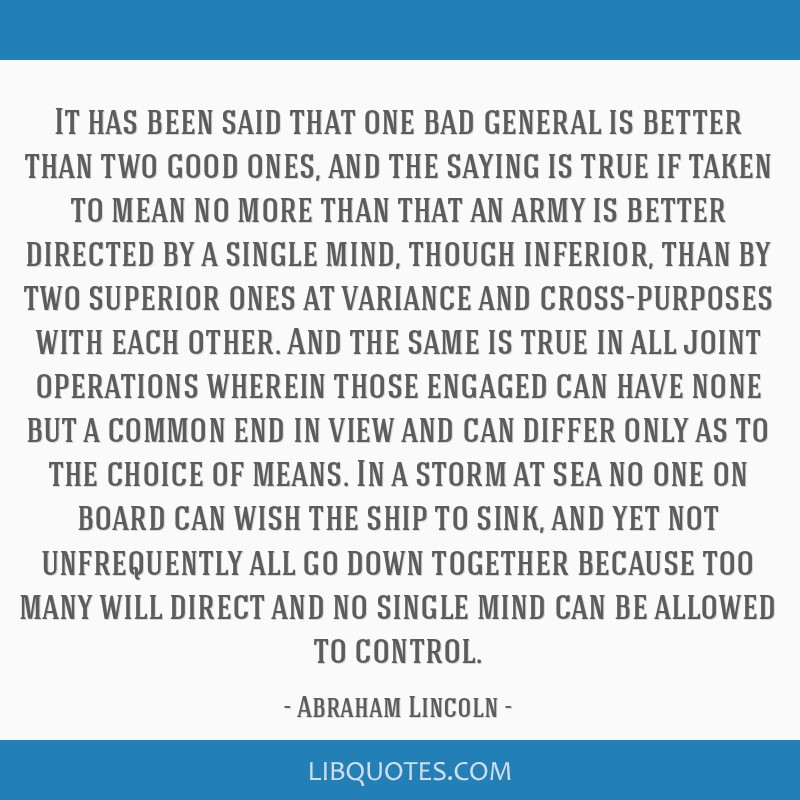 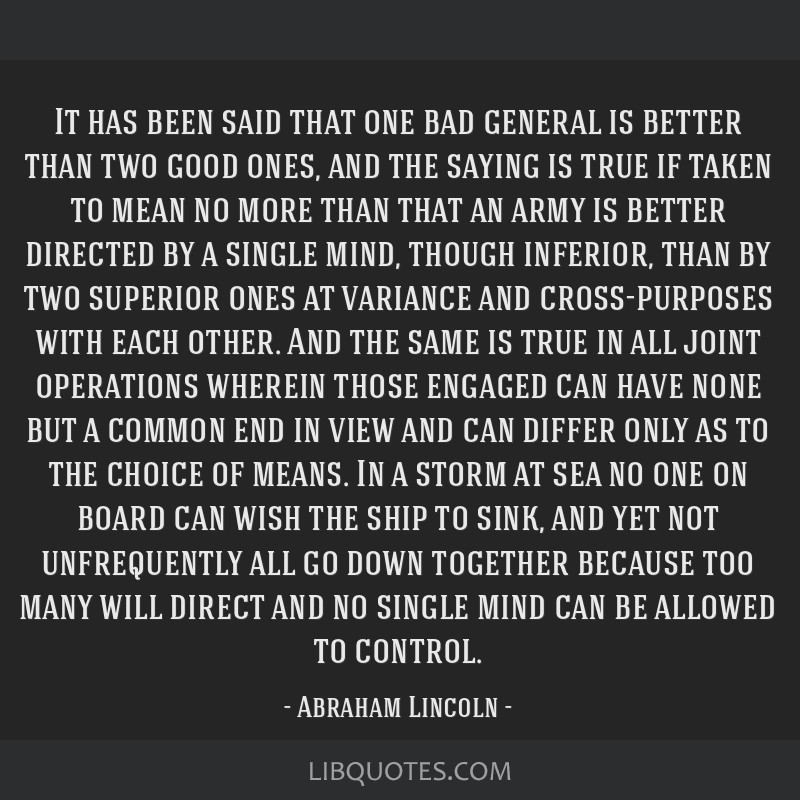