If the listener does eventually come to the point where he makes the ultimate performance by splicing tapes from other musicians' recordings, he will eventually become just as bored with it as with other recordings, for it will still always be the same. Look, for instance, at electronic music. The boys are already becoming bored with what they do because they put it irrevocably on tape. The best indication of this is that more and more they are mixing the live performance element with their tapes. 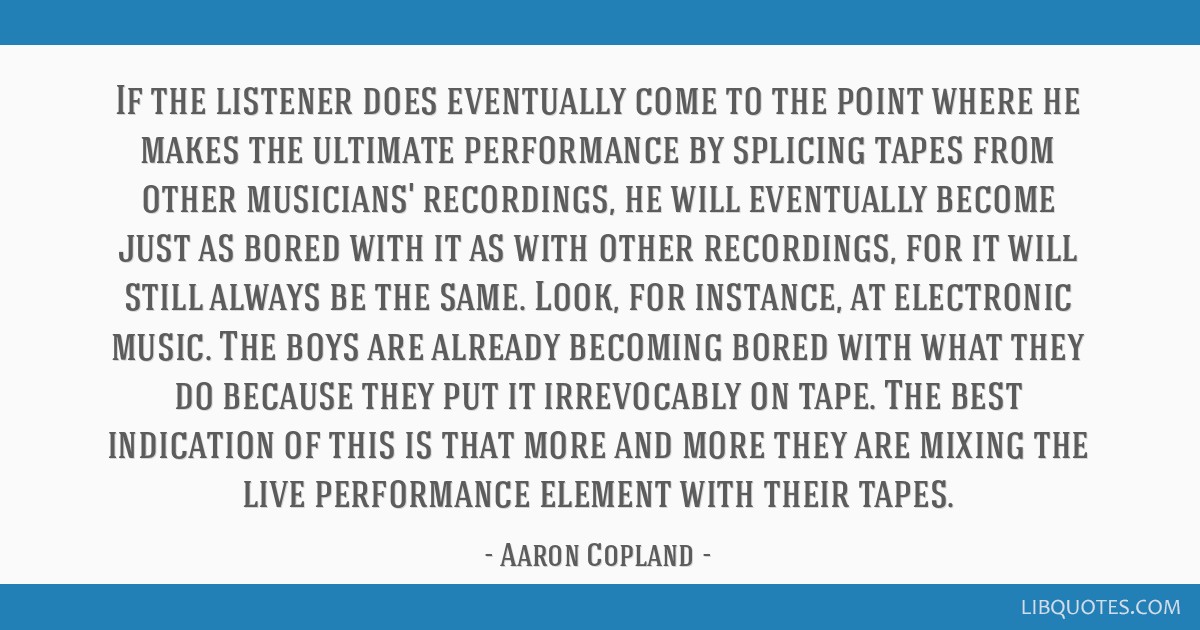 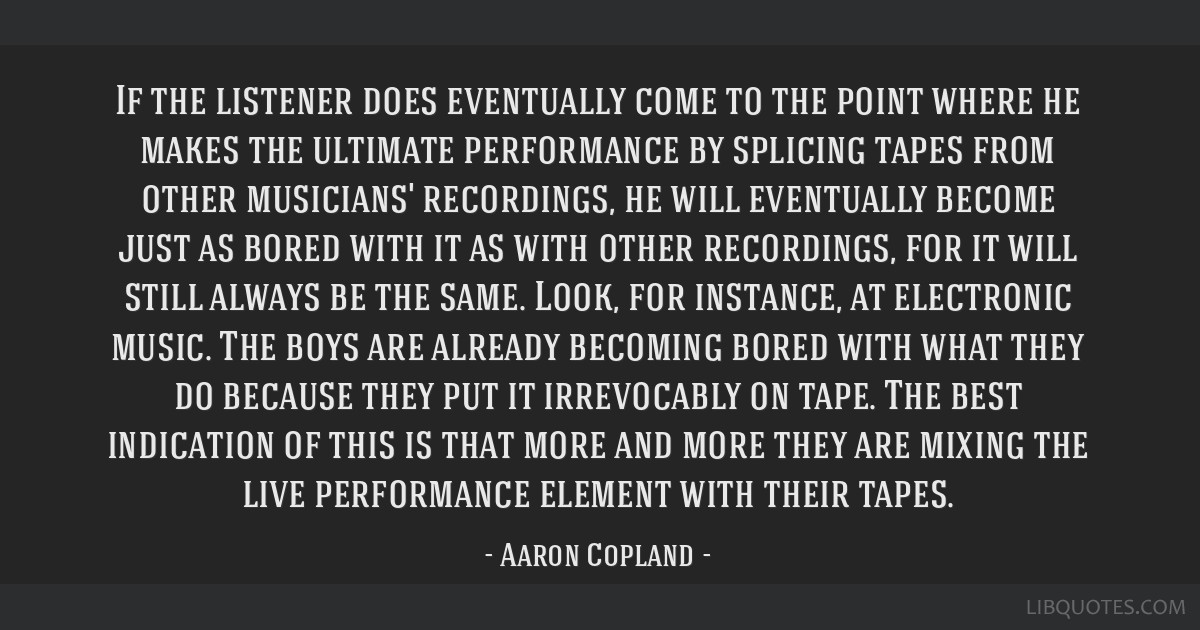 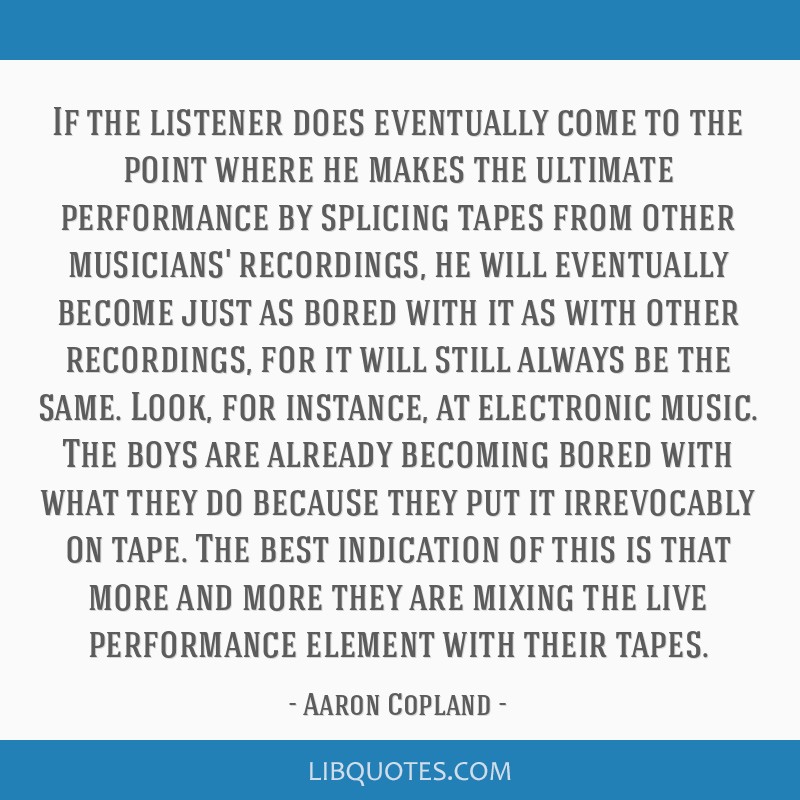 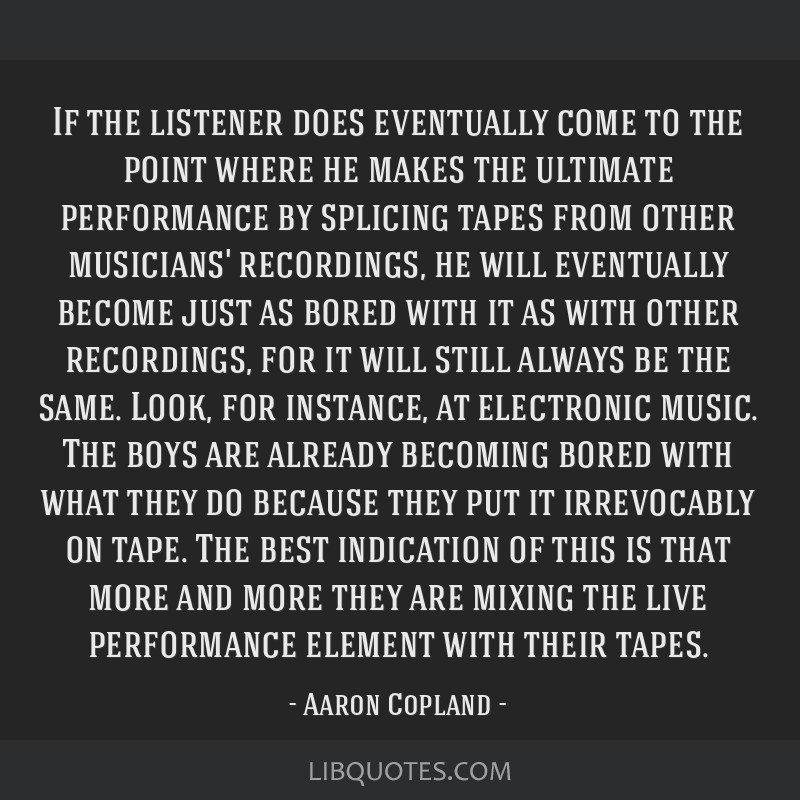